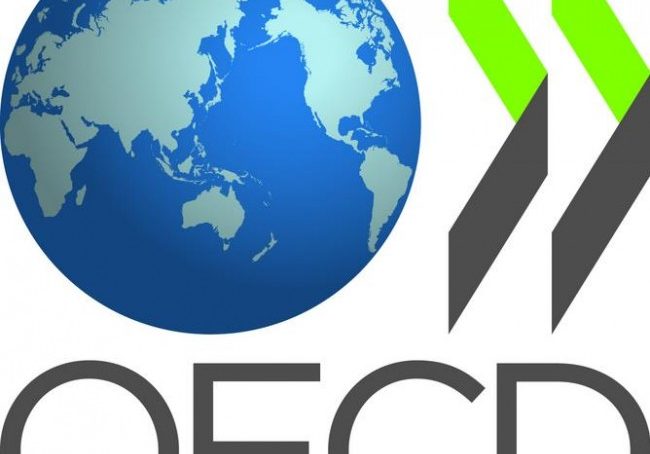 Nations, universities and research institutions around the world must redouble efforts to expand training for PhD students and postdoctoral researchers to prepare them for jobs outside academia. So urges a report from the Organisation for Economic Co-operation and Development (OECD), an intergovernmental coalition of 38 nations.

The report, the result of a nearly two-year investigation into the job security and working conditions of junior scientists, also concludes that nations and institutions should more closely track career outcomes for PhD holders to improve understanding of local challenges and opportunities.

“We all agree that there’s a problem with researcher precarity all over the world,” says Luis Sanz-Menéndez, a science-policy researcher at the Spanish National Research Council (CSIC) in Madrid and a co-chair of the expert group that issued the report. But precarity – persistent insecurity – takes different forms in different places, he says, making it difficult to find one-size-fits-all solutions. “We don’t know that an advance in one country would work in another country,” he says.

The experiences of PhD students and postdocs might vary around the world, but the shortage of permanent jobs in academia remains nearly universal, says Roseanne Diab, the other co-chair of the OECD expert group.

“The key issue is that the number of tenured academic positions has not grown at the same rate as the number of postdoctoral researchers,” says Diab, who is also the director of GenderInSITE, an initiative of the United Nations cultural organisation Unesco to promote the professional involvement of women in science careers.

The report notes that the number of PhDs awarded annually in the United States has grown by 37 per cent since 2003, heightening the competition for academic research positions. Similarly, the number of postdoctoral researchers in Finland has increased by nearly 150 per cent in the past decade.

The lack of permanent jobs in academia has led to a proliferation of fixed-term contracts that don’t promote long-term job security, Sanz-Menéndez says. He adds that such contracts are especially common in mature, well-funded systems that have the resources to hire large numbers of postdoctoral researchers. For example, 80 per cent of scientific staff in Swiss universities are on short-term contracts.

Simply increasing scientific funding won’t necessarily improve the job security of early-career researchers, Sanz-Menéndez says. “Huge increases in budgets from funding agencies could in fact produce an increase in precarity if there is not a clear plan for five years later,” he says.

He adds that countries should consider shifting more of their research investments into block grants that go directly to universities, which could then pay salaries to faculty members, instead of making individual researchers compete for grants and leaving those who are unsuccessful to scramble for other sources of funding. He thinks that such block grants can reduce pressure in science, giving researchers a chance to spend more time on research and less on grant applications.

Despite the paucity of available positions, universities still largely focus on preparing researchers for academia, the report found. In the Netherlands, for example, 69 per cent of PhD holders currently work outside academia, but only 13 per cent of current PhD students feel well-prepared for non-academic jobs.

To help close that gap, the report recommends that universities provide professional career-development offerings – such as business seminars and internship opportunities – to postdocs to help them to acquire skills beyond fundamental research. The report also says that each OECD member nation should have its own “researcher development framework” to help meet the goal of preparing scientists for their careers, whether in academia, industry, government or non-profit organisations. The UK Concordat to Support the Career Development of Researchers is one such example.

Sanz-Menéndez notes that some nations have historically been reluctant to encourage their top junior scientists to pursue careers in industry or government. “They try to keep all of the talent in the academic world,” he says. That’s good for the academic system, he says, but not for maximizing the value of science’s many contributions to society.

Opportunities for careers beyond academia aren’t evenly distributed around the world, Diab says. “There are fairly large gaps between the highly developed nations and the less-developed ones.”

Diab adds that any long-term reform of scientific training should be backed by real data, including information on career outcomes for PhD holders. The data collection should be systematic and the results should be internationally comparable.

“We don’t have any real hard evidence of the effect of policies that have been introduced into some countries,” she says.

The report points to several initiatives to track the career arcs of PhD holders, including the Observatory of Research and Science Careers, a government-funded initiative based in Brussels. “We need to understand what’s happening with the careers, the working conditions and the employment outcomes for PhD holders,” says Neda Bebiroglu, scientific adviser and coordinator at the Observatory, which was founded in 2018.

Surveys conducted by the Observatory have underscored trends seen elsewhere. PhD holders in Belgium tend to have well-paying jobs and relatively few are unemployed. But a closer look reveals room for improvement. “Those who stay in academia face many obstacles for career advancement, including a large number of fixed-term contracts and intense competition for permanent jobs,” Bebiroglu says.

Those who leave academia face another type of challenge. “They are often overeducated for their position,” Bebiroglu says. A report that she co-authored1, surveying more than 2,000 PhD holders in Belgium in late 2018 and early 2019, found that only 35 per cent of those employed outside academia had a job that required a doctoral degree.

Nearly one in four respondents employed outside academia said that their job wasn’t even related to their field of research. “We found a mismatch between the skills PhD holders acquired in training and the skills they need in their jobs,” Bebiroglu says. “They often lack teamwork and business skills. It’s important for universities to understand this mismatch so they can improve training.”

Susi Varvayanis, executive director of Careers Beyond Academia, a training programme for PhD students and postdocs at Cornell University in Ithaca, New York, says that universities in the United States and Canada have made significant progress in preparing researchers for a wide variety of positions. Her programme is just one of many that are “busting the myth that professional-development activities will interfere with research productivity,” she says.

The type of data collection called for in the OECD report should help early-career researchers make more-informed decisions about their career paths and their futures, Varvayanis says. “It’s all about self-efficacy,” she says. “It’s up to the persons themselves to know what they’re getting into and figure out what they want to do.”

The OECD report finds that each of the organisation’s member countries has taken at least some positive steps to address researcher precarity, whether through reforms in training or new efforts at data collection.

Although the Covid-19 pandemic might have set back some of that progress, Diab hopes that efforts to improve job security for early-career researchers – whether in academia or elsewhere – will continue.

Researcher precarity isn’t a new phenomenon, but Bebiroglu thinks the OECD report will add both urgency and clarity to the issue. “There has not been a concerted effort to find out what is happening in different countries,” she says. “This report is an important tool to get the conversation going.”