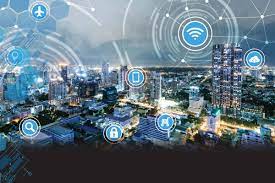 Winners in Smart America have lost the capacity and the need for a national identity, which is why they can’t grasp its importance for others. Politically, Smart America came to be associated with the Democratic Party.

This was not inevitable. If the party had refused to accept the closing of factories in the 1970s and 1980s as a natural disaster, if it had become the voice of the millions of workers displaced by deindustrialisation and struggling in the growing service economy, it might have remained the multi-ethnic working-class party that it had been since the 1930s.

It’s true that the white South abandoned the Democratic Party after the civil-rights revolution, but race alone doesn’t explain the epochal half-century shift of working-class white voters. West Virginia, almost all white, was a predominantly Democratic state until 2000.

If you look at county-by-county national electoral maps, 2000 was the year when rural areas turned decisively red. Something more than just the Democrats’ principled embrace of the civil-rights movement and other struggles for equality caused the shift.

In the early 1970s, the party became the home of educated professionals, non-white voters and the shrinking unionised working class. The more the party identified with the winners of the new economy, the easier it became for the Republican Party to pull away white workers by appealing to cultural values.

Bill and Hillary Clinton spoke about equipping workers to rise into the professional class through education and training. Their assumption was that all Americans could do what they did and be like them.

The narrative of Free America shaped the parameters of acceptable thinking for Smart America. Free trade, deregulation, economic concentration and balanced budgets became the policy of the Democratic Party. It was cosmopolitan, embracing multiculturalism at home and welcoming a globalized world.

Its donor class on Wall Street and in Silicon Valley bankrolled Democratic campaigns and was rewarded with influence in Washington. None of this appealed to the party’s old base.

The turn of the millennium was the high-water mark of Smart America. President Clinton’s speeches became euphoric – “We are fortunate to be alive at this moment in history,” he said in his final State of the Union message. The new economy had replaced “outmoded ideologies” with dazzling technologies. The business cycle of booms and busts had practically been abolished, along with class conflict.

In April 2000, Clinton hosted a celebration called the White House Conference on the New Economy. Earnest purpose mingled with self-congratulation; virtue and success high-fived—the distinctive atmosphere of Smart America. At one point Clinton informed the participants that Congress was about to pass a bill to establish permanent trade relations with China, which would make both countries more prosperous and China freer.

“I believe the computer and the internet give us a chance to move more people out of poverty more quickly than at any time in all of human history,” he exulted.

The winners in Smart America have withdrawn from national life. They spend inordinate amounts of time working (even in bed), researching their children’s schools and planning their activities, shopping for the right kind of food, learning to make sushi or play the mandolin, staying in shape, and following the news.

None of this brings them in contact with fellow citizens outside their way of life. School, once the most universal and influential of our democratic institutions, now walls them off. The working class is terra incognita.

The pursuit of success is not new. The Smart American is a descendant of the self-made man of the early Nineteenth century, who raised work ethic to the highest personal virtue and of the urban Progressive of the early 20th, who revered expertise. But there’s a difference: The path now is narrower; it leads to institutions with higher walls and the gate is harder to open.

Under the watchful eye of their parents, the children of Smart America devote exhausting amounts of energy to extracurricular activities and carefully constructed personal essays that can navigate between boasting and humility. The goal of all this effort is a higher education that offers questionable learning, dubious fulfilment, likely indebtedness, but certain status.

Graduation from an exclusive school marks the entry into a successful life. A rite endowed with so much importance and involving so little of real value resembles the brittle decadence of an aristocracy that’s reached the stage when people begin to lose faith that it reflects the natural order of things.

In our case, a system intended to expand equality has become an enforcer of inequality. Americans are now meritocrats by birth. We know this, but because it violates our fundamental beliefs, we go to a lot of trouble not to know it.

A common refrain, in places like south-eastern Ohio and southern Virginia and central Pennsylvania, is that the middle class no longer exists. I once heard a woman in her 60s, a retired municipal employee in Tampa, Florida, who had made and then lost money in real estate, describe herself as a member of “the formerly middle class.”

She meant that she no longer lived with any security. Her term could apply to a non-union electrician making $52,000 a year and to a home health aide making $12 an hour. The first still belongs financially to the middle class, while the second is working-class—in fact, working-poor. What they share is a high-school degree and a precarious prospect.

Neither of them can look with confidence on their future, less still on their children’s. The dream of leaving their children better educated and better off has lost its conviction, and therefore its inspiration. They can’t possibly attain the shiny, well-ordered lives they see in the houses of the elite professionals for whom they work.

The espresso maker on the quartz countertop, the expensive art hanging on the living-room walls, the shelves of books lining the children’s bedrooms are glimpses of a foreign culture. What professionals actually do to earn the large incomes that pay for their nice things is a mystery.

All those hours spent sitting at a computer screen – do they contribute something to society, to the family of an electrician or a home health aide (whose contributions are obvious)?

So, these two classes, rising professionals and sinking workers, which a couple of generations ago were close in income and not so far apart in mores, no longer believe they belong to the same country. But they can’t escape each other, and their coexistence breeds condescension, resentment, and shame.