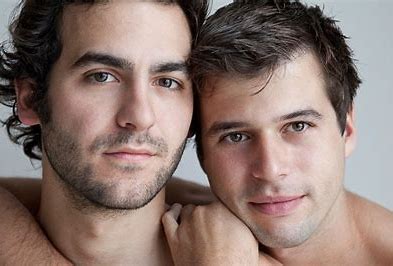 Ever since monkeypox started to sicken thousands of people worldwide this spring, two big questions have loomed: Why is a virus that has never managed to spread beyond a few cases outside Africa suddenly causing such a big, global outbreak? And why are the overwhelming majority of those affected men who have sex with men (MSM)?

A long history of work on sexually transmitted infections (STIs) and early studies of the current outbreak suggest the answers may be linked: The virus may have made its way into highly interconnected sexual networks within the MSM community, where it can spread in ways that it cannot in the general population.

An epidemiological modelling study posted as a preprint last week by researchers at the London School of Hygiene & Tropical Medicine (LSHTM) supports that idea. It suggests the outbreak will keep growing rapidly if the spread isn’t curtailed. It also has implications for how to protect those most at risk and limit spread, while suggesting the risk for the wider population remains low.

But there are still many uncertainties, and communication is fraught because of the risk of stigmatizing MSM—and because communicating frankly about sexual behaviour is hard. “I think we have to talk more about sex,” says Yale School of Public Health epidemiologist and former HIV activist Gregg Gonsalves. “Everybody has been very clear about stigma, and saying it over and over again. The point is that you still have to address the risk of infection in our community.”

Since early May, more than 2000 monkeypox cases have been reported in more than 30 countries where the virus is not normally seen. (Outbreaks are more common in at least a dozen countries in West and Central Africa, where the virus has animal reservoirs. More than 60 cases and one death have been confirmed there this year.)

The vast majority of cases in the current outbreak have been in MSM. Researchers at the UK Health Security Agency (UKHSA), for example, asked patients to fill out questionnaires. Of 152 who did, 151 said they were MSM, the team wrote in a technical briefing published on June 10; the remaining patient refused to answer. Other countries have seen similar patterns.

That could be a skewed picture, of course. “MSM have a better relationship with medical practitioners than heterosexual men,” says Lilith Whittles, an infectious disease modeller at Imperial College London, which could mean they are more likely to report monkeypox symptoms and get tested for the virus.

“I don’t know that we’re necessarily looking enough in heterosexual social networks to make the conclusion that this is not a broader problem,” says Boghuma Titanji, a virologist at Emory University who works at a sexual health clinic.

But most researchers say such “ascertainment bias” is unlikely to explain the striking pattern. Although some monkeypox patients have mild infections that may be missed or misdiagnosed, others have very characteristic rashes and agonising pains that require hospitalization for pain treatment.

If many people outside the MSM community had monkeypox, more would have shown up in the statistics by now.

Ashleigh Tuite, an infectious disease epidemiologist at the University of Toronto, says she “understands the hesitation” to focus on MSM, given the risk of stigma that could worsen discrimination and cause those who are affected to delay seeking care.

“But based on the data that we have, and based on the contact tracing that’s been done, it’s very clear that this is an MSM-focused outbreak at this point,” she says. “Anyone can get monkeypox, but we’re seeing disease activity primarily among” MSM, confirms Demetre Daskalakis, an HIV prevention specialist at the US Centres for Disease Control and Prevention.

Sexual encounters clearly play a role in transmission. Of the 152 people in the UKHSA data set, 82 were invited for additional interviews focusing on their sexual health. Among the 45 who participated, 44 per cents reported more than 10 sexual partners in the previous 3 months, and 44 per cent reported group sex during the incubation period.

Exactly how the virus is passed on is less clear. Researchers have found viral DNA, and even infectious virus, in the semen of some patients, but they aren’t sure that is important for transmission; skin-to-skin contact may be enough. (Other STIs, including herpes and scabies, also primarily spread this way.)

To those who study how pathogens spread through social and sexual networks, the pattern is not a big surprise. In the 1970s and 1980s, researchers trying to understand the spread of sexually transmitted diseases such as gonorrhea were stumped, says LSHTM epidemiologist Adam Kucharski: Survey data showed people’s average numbers of sexual partners were too low to sustain transmission.

But averages obscured that although many people have few sexual partners, some have large numbers. This helps drive transmission because, if infected, they are also more likely to infect others.