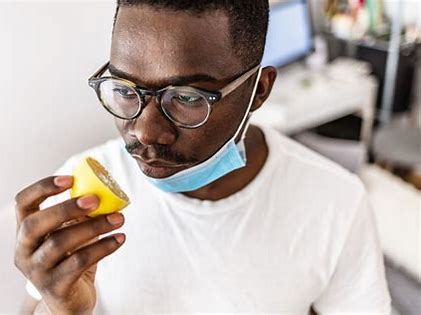 Researchers are finally making headway in understanding how the SARS-CoV-2 coronavirus causes loss of smell. And a multitude of potential treatments to tackle the condition are undergoing clinical trials, including steroids and blood plasma.

Once a tell-tale sign of Covid-19, smell disruption is becoming less common as the virus evolves. “Our inboxes are not as flooded as they used to be,” says Valentina Parma, a psychologist at the Monell Chemical Senses Center in Philadelphia, Pennsylvania, who helped field desperate inquiries from patients throughout the first two years of the pandemic.

A study published last month surveyed 616,318 people in the United States who have had COVID-19. It found that, compared with those who had been infected with the original virus, people who had contracted the Alpha variant – the first variant of concern to arise – were 50 per cent as likely to have chemosensory disruption. This probability fell to 44% for the later Delta variant, and to 17 per cent for the latest variant, Omicron.

But the news is not all good: a significant portion of people infected early in the pandemic still experience chemosensory effects. A 2021 study followed 100 people who had had mild cases of Covid-19 and 100 people who repeatedly tested negative. More than a year after their infections, 46 per cent of those who had had Covid-19 still had smell problems; by contrast, just 10 per cent of the control group had developed some smell loss, but for other reasons.

Furthermore, seven per cent of those who had been infected still had total smell loss, or ‘anosmia’, at the end of the year. Given that more than 500 million cases of Covid-19 have been confirmed worldwide, tens of millions of people probably have lingering smell problems.

A clearer picture of how SARS-CoV-2 causes this disruption should help to create better therapies for the condition. Early in the pandemic, a study showed that the virus attacks cells in the nose, called sustentacular cells, that provide nutrients and support to odour-sensing neurons.

Since then, clues have emerged about what happens to the olfactory neurons after infection. Researchers including biochemist Stavros Lomvardas at Columbia University in New York City examined people who had died from Covid-19 and found that, although their neurons were intact, they had fewer membrane-embedded receptors for detecting odour molecules than usual.

This was because the neurons’ nuclei had been scrambled. Normally, the chromosomes in these nuclei are organised into two compartments – a structure that enables the neurons to express specific odour receptors at high levels. But when the team looked at the autopsied neurons, “the nuclear architecture was unrecognizable,” Lomvardas says.

Other studies suggest why only some people experience long-term smell loss. In January, a research team reported finding a genetic mutation in people that was associated with a greater propensity for smell or taste loss. The mutation – a change to a single ‘letter’, or base, of DNA – was found in two overlapping genes called UGT2A1 and UGT2A2. Both encode proteins that remove odour molecules from the nostrils after they have been detected. But it’s not yet clear how SARS-CoV-2 interacts with these genes.

There is also evidence of lasting changes to the brain for people with smell loss. In a study published in March, 785 people in the United Kingdom had their brains scanned twice. About 400 people became infected with Covid-19 between scans, so the scientists were able to observe structural changes. The Covid-19 survivors showed multiple changes, including markers of tissue damage in areas linked to the brain’s olfactory centre.

It’s not clear why this was the case, but one possibility is lack of input. “When we cut off input from the nose, the brain atrophies,” says Danielle Reed, a geneticist also at Monell. “It’s one of the clearest things we know about taste and smell.”

In the meantime, many treatments are being explored, often in small clinical trials. But it’s still early days, so the only thing that most researchers recommend for now is smell training. Patients are given samples of strong-smelling substances to sniff and try to identify, with the aim of driving the restoration of olfactory signalling.

However, the method seems to work only with people who have partial smell loss, Reed says. That means it helps about one-third of people who experienced a chemosensory disruption after Covid-19, adds Parma.

To find treatments for everyone else, many researchers are exploring steroids, which reduce inflammation. Covid-19 is known to trigger extensive inflammation, which might play a part in smell disruption. So, in theory, steroids could help – but, in practice, the results have been disappointing. For instance, a 2021 study gave smell training to 100 people with post-Covid anosmia.

Fifty of them also received a nasal spray with the steroid mometasone furoate, while the other 50 did not. There was no significant difference in outcome between the two groups.

Another therapeutic possibility is platelet-rich plasma. This is made from patients’ own blood and is rich in biochemicals that might induce healing. A pilot study published in 20209 followed seven patients who had platelet-rich plasma injected into their noses: five showed improvement after three months.

Similarly, a preprint published in February this year followed 56 people and found that platelet-rich plasma made them more sensitive to smells. But these are “really small numbers”, says Carl Philpott, a nose and sinus specialist at the University of East Anglia, Norwich, UK. A US-based team is now launching a larger study.

Unlike Covid-19 vaccines, which were tested at unprecedented speed because of tremendous government support, treatments for post-Covid chemosensory dysfunction are plodding along. Philpott is in the early stages of a small study of vitamin A, which previous experiments have suggested could help with other forms of smell loss.

“The reality is that the study will take the rest of this year to run, and it’ll take us probably to the middle of next year before we analyse the data and report it,” Philpott says. “If we find a positive benefit, our next job will be to apply for more funding to do a full stage trial.”