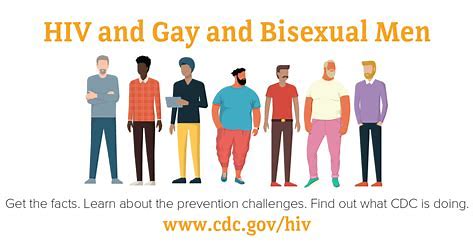 Sexual networks among men who have sex with men (MSM) are not different in nature from those of other groups, Lilith Whittles, an infectious disease modeller at Imperial College London, stresses, but a core group of people are much more densely connected than people outside the MSM community.

They change partners more frequently and are more likely to have several partners at the same time.

“These things occur in all sexual networks, it is just a question of the degree,” Whittles says. And in a densely connected network, the virus is less likely to hit a dead end.

“It’s entirely possible for this epidemic to rage among a subset of people just because that subset is connected in a network differently from everyone else,” says Keletso Makofane, a social network epidemiologist at the FXB Centre for Health and Human Rights at Harvard University.

Together with colleagues, Makofane hopes to launch a study in New York City in August to better understand the spread of the disease. “The idea is to get a sense of how many people report symptoms that are consistent with monkeypox and how they are connected,” he says.

The LSHTM study, posted on medRxiv on June 13, used UK data about sexual partnership patterns to model the spread of monkeypox among MSM and outside that group. Because it is not yet clear how contagious the virus is, the researchers modelled scenarios based on different risk levels.

Without effective intervention measures or behavioural changes, a large and sustained outbreak with more than 10,000 cases among MSM globally is “highly likely,” they write. “In contrast, sustained transmission in the non-MSM population is unlikely in all scenarios considered.”

Because the model is based on UK data, the findings may not apply elsewhere, first author Akira Endo says. And other factors may have made the outbreak worse. Monkeypox may have mutated in ways that allow it to transmit more easily, and the share of the population who have had the smallpox vaccine – which also offers some protection against monkeypox – is declining because smallpox vaccination was abandoned worldwide starting in the 1970s.

But the modelling shows “we do not necessarily need [those factors] to explain the observed patterns,” Endo says.

Such conclusions put epidemiologists in a delicate position, and some declined to talk to Science for fear of stigmatising MSM. Endo says he understands that and agrees the findings could easily be misunderstood.

“Meanwhile I also understand that there’s a risk in the other direction—that the information doesn’t reach those who need it most before it’s too late,” he says.

Whittles agrees, calling the findings “practical information, in terms of where it’s spreading. It is a morally neutral thing,” she says. “Knowledge of what’s happening is power, even though that knowledge is imperfect and will change,” Daskalakis adds.

The virus could still find other networks with similar characteristics. Daskalakis recalls a US outbreak of methicillin-resistant Staphylococcus aureus in the 2000s that started in the MSM community but later spread in gyms, among athletes and in prisons. Monkeypox could also start to spread among sex workers and their clients, Tuite says.

How fast the virus will spread in the months ahead depends on control efforts. National health authorities in Europe, Canada and the United States have issued guidance about how to reduce the risk of infection and dating apps have alerted users to the risk of monkeypox and to its symptoms, which may change contact patterns.

“So, there’s a couple of different ways that behaviour can change, even if it’s not people having less sex,” she says. And the model did not account for infected individuals developing immunity. That means “we may see a slowdown of the outbreak earlier than we might imagine,” Endo says.

Many countries are also gearing up to start immunisation campaigns. Targeting those with many sexual partners may be the most efficient approach. In new guidance published on June 21, UKHSA announced it would start to offer vaccines to MSM at highest risk – “Risk criteria would include a recent history of multiple partners, participating in group sex, attending sex on premises venues or a proxy marker such as recent bacterial STI (in the past year).”

It’s important to alert that community and do it the right way, Gonsalves says. “We should say: It’s not about who you are. It’s about what you’re doing. And we’re not going to stigmatize it. But just know that you’re at greater risk if you fit this profile.”