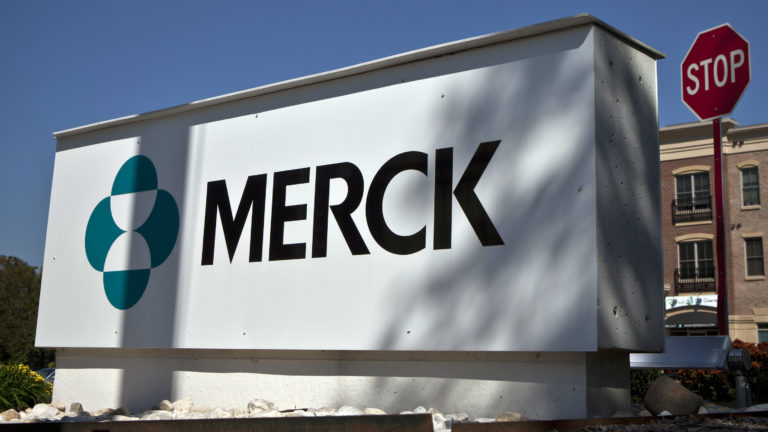 An investigational antiviral pill reduced the chances that patients newly diagnosed with Covid-19 would be hospitalised by about 50 per cent, a finding that could give doctors a desperately needed new way to treat the sick, the drug maker Merck has announced.

A simple oral medication to help treat Covid-19 has been an elusive goal since the start of the pandemic. Other drugs, including Gilead’s remdesivir, have also been shown to reduce hospitalisations if given early in the course of disease, but must be given intravenously.

“If this pans out, it will change the landscape,” said Andy Pavia, chief of the Division of Pediatric Infectious Diseases at University of Utah. “There’s still a lot we need to know. What does the side-effect profile look like? Do we know how to dose it in populations that are different such as children and the obese? But as a top-line result, this is definitely exciting.”

If approved, molnupiravir could have a dramatic impact on efforts to fight the pandemic. Merck and Ridgeback said they would seek an emergency use authorisation from the Food and Drug Administration “as soon as possible” and would submit it to regulatory agencies worldwide.

The data from the study were made public in a press release and have not yet been peer-reviewed. But even top-line figures were encouraging. In the first 29 days of the study, there were no deaths reported in the group treated with molnupiravir and eight deaths reported among patients who received placebo.

Patients in the study had mild-to-moderate Covid-19, were within five days of symptom onset when dosed, and had at least one risk factor associated with poor disease outcomes.

The study was stopped early on the recommendation of an independent data monitoring committee and in consultation with the FDA, Merck said. Such committees are charged with making sure studies are in the best interest of patients, and recommend they be stopped if it is clear a drug is effective.

Only 1.3 per cent of molnupiravir-treated subjects discontinued the drug because of an adverse event, compared to 3.4 per cent who discontinued placebo.

“When people talk about endemic Covid and the future of Covid, they don’t spend as much time talking about the value of intervening early to reduce severity of disease and that’s a very valuable tool,” said Natalie Dean, an assistant professor of biostatistics at Emory University who studies infectious disease. “The more accessible that can be, the more effective it can be.”

One challenge will be making sure the drug is available when people need it, and one challenge could be price. In June, Merck entered into an agreement to supply the US government 1.7 million courses of the drug for $1.2 billion, or $700 a course. That price could be out of reach for some countries. But Merck also has said it will enter into licensing agreements with generic drug makers to accelerate the availability of the drug in more than 100 low- and middle-income countries.

“We are committed to making sure that there is access to this drug,” Daria Hazuda, a Merck vice president, told reporters on a conference call Friday morning.

In an interview, Dean Li, Merck’s head of research and development, said that no particular side-effect stood out as being more common with the drug, but more complete data will be available at a later date.

Molnupiravir works in a manner different from other antiviral drugs, creating multiple errors in the virus’s RNA and impairing its ability to replicate. Because there is not much experience with this mechanism, Pavia said, safety data will need to be scrutinised. He also said he doubted the drug will be used in pregnant people. None were included in the study.

DNA sequencing data on which variant of the SARS-CoV-2 caused Covid-19 was available in 40 per cent of the 81 cases. The drug appeared effective against so-called variants of concern, including the Gamma, Delta and Mu variants of the virus.

“As you are well aware, it is likely that we’re going to see continued evolution of those variants,” said Li. “Our prediction from our in-vitro studies and now with this data is that molnupiravir is named after the right – you know, it’s named after Thor’s hammer [Mjollnir], this is a hammer against SARS-CoV-2 regardless of the variant.”

The study had enrolled 90 pe cent of the 1,500 volunteers it planned to include, but the decision to stop it was based on data from 762 patients. A breakdown on the background, ethnicity and gender of the participants was not immediately available, but the trial was conducted in countries across the world, including Argentina, Italy, Japan, the United Kingdom, and the United States.

Li said the data monitoring committee met on Tuesday. He said he was in his kitchen when he received a text message from Roy Baynes, Merck’s chief medical officer. He said the results immediately impressed him.