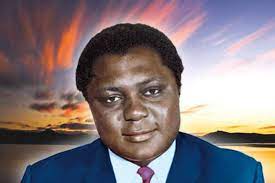 To Tom Wolf, a pollster who arrived in Kenya as a US Peace Corps Volunteer soon after independence in 1963, the current volatile political atmosphere in Kenya evokes memories of the lead up to the assassination of the astute minister for Economic Planning in founding President Jomo Kenyatta government, Tom Mboya. There had been tension between President Kenyatta and his Vice President Jaramogi Oginga Odinga, now being re-enacted by President Uhuru Kenyatta (Jomo Kenyatta’s son) and his Deputy William Ruto. Wolf, who is currently writing memoirs of Kenya’s political journey, arrived in Nairobi from Mombasa coast five hours after Mboya – with whom had encounters when he was a teacher at Dr Aggrey Boys High School in Wundanyi – fell to an assassin’s bullet on 5 July, 1969.  In his recollections, he believes the assassination had a ripple effect on nationalism, economic wellness and inter-ethnic relations five decades later.

Fifty years ago, I was in my third year as a US Peace Corps Volunteer secondary school teacher at Dr. Aggrey Boys in Wundanyi, Taita.  While initially there were over 60 in our group, about six of us opted to extend for an extra year.  I can’t speak for the others, but I felt that it had taken more than a year for me to begin to understand the Kenyan educational system and the cultural background of my students, so ‘owed’ my students an extra year.  I also found people in the community extremely friendly and the rural setting very appealing, so making that decision was not very difficult.  Taking the 3–4-hour bus ride to and spending a weekend in Mombasa on occasion was also an exciting experience, given its history and cultural diversity (and where I could stay with a couple of other volunteers from previous groups who lived in a flat with electricity!).

As is the case today, most if not all such secondary schools had clubs.  Since I had belonged to and been president of a Current Affairs Club at my high school in Detroit, United States of America, I started a similar club at Aggrey, though we called it the Newspaper Club, since after finishing reading each daily paper I would bring them to school for our club members to share so that on club day we could talk about the same stories.  (No radios were allowed in the school dormitory, though about two-thirds of our students were day-boys and most of them had radios at home, so had access to the Voice of Kenya (which changed to Kenya Broadcasting Corporation) that enjoyed an audience-monopoly.)

Naturally, the club members were interested in politics (or they would have joined any of the several other clubs).  At that time, siasa (politics) was quite moto–moto (hot) in Taita, as the Government’s (forced) programme of land adjudication, consolidation and titling that began in 1965-66 (against the recommendation of the Lawrence Commission that advised it should begin only when local opinion favoured it) was ongoing in many parts of the Hills (though not yet in the surrounding and less-congested lowlands).

It was highly controversial, for several reasons, one being that for generations it had made sense for households/lineages to hold land in different places, given the highly variable ecological character of the area, especially with regard to soils and water.  Corrupt relations between some members of the local elite and land officials also contributed to tension.

In this context, Jaramogi’s Kenya People’s Union had become very active, led by one of KANU’s local founding members, Zephaniah Mwakio, who had defected.  This was despite the fact that in contrast to nearly all other parts of Coast Province, the residents of Taita-Taveta District had voted overwhelmingly for KANU in both the 1961 and 1963 elections.

Indeed, the local political ‘kingpin’ and first elected Wundanyi MP and Kenyatta Cabinet Minister, Dawson Mwanyumba, had developed close relations with KANU Secretary-General, Tom Joseph Mboya prior to Independence.  Indeed, the fact that Ronald Ngala had earlier been a teacher in Taita and had been using his own local ties to market KADU in those elections meant that Mwanyumba’s efforts were so highly appreciated by those at the top of the KANU ‘tree’ in Nairobi. And this relationship between Mwanyumba and Mboya continued even after KADU dissolved itself and joined government.

By 1969, however, Mwayumba had largely fallen out with his party superiors. There were many reasons for this, but perhaps most important among them was the failure of the government to ‘keep its promises’ to facilitate the ownership-transfer of the District’s several vast sisal estates to locals, which Mwanyumba had initially proposed should come under a cooperative arrangement under the County Council. But now, with an election looming following the postponement of the scheduled 1968 contest, and the KANU top-brass having already identified an intra-party challenger to Mwanyumba (Juxon Shako, previously the Ministry of Defence permanent secretary and then chairman of the East African Habours Corporation), political tensions, as noted were high.

In this atmosphere, on July 5, I got a lift to Nairobi to meet my brother who was coming to Kenya for a two-week visit.  I had encouraged him to do this after my parents (both teachers) visited me at the start of my second year (February, 1968) and had a wonderful time (even if I was teaching most of the time).

I arrived in Nairobi around 6pm and immediately heard the news: that Mboya had been assassinated just five hours earlier outside a pharmacy.  While like everyone else, I was in shock, I had to go meet my brother at his modest hotel where we spent the night before driving back to Taita the next day in a hired car (a VW Beetle).

On Monday morning, having left my brother in my house, I came to school, whereupon our headmaster asked me to go to his office and showed me a hand-written note that had been pinned to the school notice board that morning.  It was nearly a full page, but I remember the first sentence: “The dark cloud of political assassination has blotted out the sun of our bright, newly-independent Kenya.”

He then said to me: “You’ve been teaching these students English, Literature and History for over two years now.  Tell me whose handwriting this is.”  Of course, I knew immediately who had written it, but wanting to save him any victimisation, pleaded, “I’m sorry, all ‘African’ handwriting’ still looks pretty much the same to me.”

He then dismissed me from his office, but shortly thereafter I was told there would be no more Newspaper Club at the school.

Later, in the small staffroom, I learned that on the Saturday, once news of Mboya’s death was announced, violence had erupted at the Mwatate Sisal Estate between Luo and Kikuyu workers, which I don’t think this was nationally reported.

Of course, several writers have explored the context and consequences of Mboya’s assassination in detail, especially John Goldsworthy in his 1982 book Mboya: The Man Kenya Wanted to Forget’ and David J. Parkin’s 1978 study The Cultural Definition of Political Response: Lineal Destiny Among the Luo.

But for me, as I think back to that day fifty years ago, what strikes me is that this event had a momentous impact not just at the national level, but in far-off places like Taita as well, where many ordinary people even far from Luo-land felt some of their hopes for the future, then still alive after removal of the colonial yoke, had been robbed from them.  Indeed, this was very much the way I had felt on November 22, 1963, when President John F. Kennedy was killed – and then again when both Martin Luther King and Robert F. Kennedy were murdered in quick succession, just a year before Mboya’s untimely death.  So we can ask: How different would Kenya be today, had Mboya not been removed from the political scene?

That old student of mine worked in Mombasa for many years, but is retired now, back in Taita.  I haven’t tracked him down for a visit in over a decade.  Perhaps this would be a fitting year to do so.