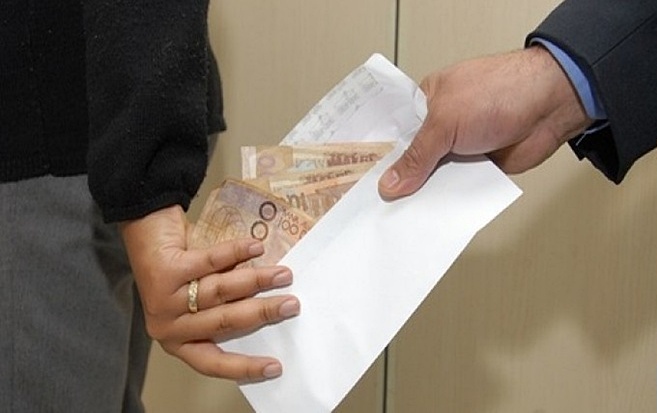 Morocco has been placed on a grey list for countries with pervasive money laundering or terrorist financing concerns.

The remarkable designation by the Financial Action Task Force (FATF), a global intergovernmental money-laundering watchdog, puts Morocco in the same category with Syria, Yemen and Pakistan.

Morocco’s FATF designation is a significant blow to its appeal for foreign investment. The new designation comes less than a week after the EU removed Morocco from its grey list, an acknowledgement of the country’s efforts to comply with international tax standards.

The designation of Morocco comes after the country’s reported “failure” to comply with FATF’s recommendations regarding limiting money laundering and terrorist financing.

On one hand, Morocco’s designation did not surprise many casual observers. The country’s political class has long dragged its feet on key legislations and initiatives that intend to limit corruption and money laundering.

Among other things, Morocco must strengthen its financial intelligence unit, “one of the core authorities in the fight against money laundering,” the FATF president said.

The Minister of Justice insisted on the urgency of passing a new law, which concerns the creation of a national financial intelligence institution as well as the establishment of a legal mechanism for the application of sanctions decreed by the United Nations Security Council in matters of financial crimes, money laundering and terrorist financing.

Yet Bill 12.18, which is meant to amend and supplement the Penal Code and Law No. 43.05 on the fight against money laundering are still pending in Parliament. What’s more, the two bills are considered “too dangerous” by some parliamentarians concerned with the level of protection lawyers and notaries would receive should they follow international “best practice” and report suspected money laundering activities.

Transparency International had recommended Morocco take action on illicit enrichment, including holding public officials accountable for engaging in or condoning such practises. Members of Morocco’s parliament argue that such measures would open parliamentarians up to allegations of fraud and corruption as a political tool to discredit political opponents.

Still, Morocco continues to not outright ban “illicit enrichment” by its politicians. While the concerns of parliamentarians deserve discussion, accountability by public officials is a key component in stopping corruption, fraud, and money laundering practises.

At first glance Morocco’s designation does not seem altogether too surprising. But it is arguably (very) harsh, not least as it places Morocco in the same category as many highly problematic countries like Syria and Yemen.

While Morocco certainly has to be more aggressive in how it addresses corruption and money laundering, FATF’s designation becomes altogether more controversial when investigated more deeply.

As an example, the UAE’s money laundering problems make it a hotspot for international ill-gotten gains, yet the country, along many complicit G-20 states, is noticeably absent from the list. Luxemburg similarly engages in problematic money laundering as revealed in the recent “OpenLux” scandal.

True, FAFT did recently give the UAE a one-year deadline to comply with its standards after the watchdog organisation issued a report on the Gulf country’s highly controversial money laundering practices.

But making the absence of the UAE controversial — or at least surprising — is that the country’s response to the one-year deadline was to implement half-hearted measures many see as symbolic, ineffective and insufficient to truly address the magnitude of the problem.

Another remarkable element in FATF’s greylisting of Morocco is that the decision appears to be mainly based on a report by Transparency Morocco, the US-funded NGO Transparency International’s Moroccan branch.

Late last December, Morocco FATF rated Morocco with a view to assessing the country’s progress on the 40 FATF recommendations.

For the sake of comparison, Morocco received a Non- Compliant rating for 4 recommendations, while the UAE received 11.

In its report, issued on February 12, Transparency Morocco alleged that the 2020 pandemic had revealed “glaring gaps” in Morocco’s anti-corruption efforts. “Morocco is failing to make progress against systemic corruption in its public sector,” the report stated.

It highlighted Morocco’s swift response to the pandemic by implementing stringent anti-Covid-19 measures as a point of concern. The measures, Transparency Morocco alleges, allowed for little oversight and enabled the “suspicious awarding of public contracts.”

While few would dispute the report’s recommendations, the rapid grey listing of Morocco, with all its economic consequences, appears to be a counterproductive and rash decision.

More controversially, there have been reports that Germany-based Transparency International accepted a $3 million funding from Siemens, a German engineering multinational.

Siemens reportedly made the donation to Transparency International in 2014 after pleading guilty in 2008 to bribery charges relating to widespread corrupt practices. Siemens paid a staggering 1.6 billion fine for its illicit activities that extended to Greece, Norway, Iraq, Vietnam, Italy, Israel, Argentina, Venezuela, China and Russia.

Transparency International applied for and received the funding from Siemens, even though TI’s due diligence procedures prohibit the organisation from accepting money from corporations that want to “clean up” their reputations by making donations to TI.

Morocco certainly has to get its cards in order to effectively stop corruption and money laundering. But the FATF’s designation of Morocco is based on a minimal non-compliant rating, making the whole thing counterproductive or needlessly punitive at best, and highly politicized or ill-intentioned at worst.