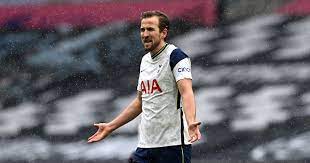 Tottenham are growing in confidence that Harry Kane will remain with the club this summer, with Daniel Levy refusing to drop even a penny below his £150 million ($222 million) valuation of the England captain.

Tottenham have begun the season in style after notching successive 1-0 victories to claim maximum points. They have had to make do without Kane in large part. Amid persistent links with City, Kane featured only briefly in a cameo versus Wolves on Sunday.

Tottenham supremo Levy has stood firm in his desire to retain Kane. Indeed, in the face of his £150 million asking price, City have reportedly tried all manner of offers.

Indeed, City have seen multiple efforts to persuade Levy to sell Kane fail. These range from a straight £100 million bid to a plethora of raised offers, which include a chance to sign some unwanted City stars.

Earlier this week, the Daily Telegraph claimed City will launch one final attempt to twist Levy’s arm over Kane this week. And should that fail, they seemingly already have another target in mind.

And with time now running out, the Daily Mail reports that Spurs believe they are “winning the battle” to keep their star striker.

Tellingly, Levy’s determination to keep Kane in north London ‘has not wavered’. In addition, they state he is ‘more determined than ever’ to fend off City’s efforts.

It’s also stated that Tottenham now feel a transfer away for Kane to City or any other club is ‘virtually impossible’ this summer.

Indeed, the Mail also states that City’s offer for Kane is far below what has previously been reported.

They report that City’s opening offer actually worth only £75m up-front with the other £25m coming through add-ons.

As such, there is a ‘significant disparity’ between the two clubs’ valuation of Kane. And for that reason, Tottenham have a growing optimism the striker will stay.

City will reportedly raise their offer to £130 million this week, but even that will not convince Levy to sell. The Spurs chairman – often regarded as a no-nonsense customer – has shown his steel over his handling of Kane.

And he will reportedly not look to sell the striker for a penny less than his £150 million valuation.