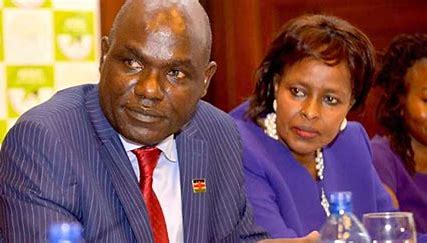 Leading candidates in next month’s presidential election in Kenya, Raila Odinga and William Ruto have expressed reservations about the country’s polls agency’s capacity to deliver free, fair and credible election.

They fear the Independent Electoral and Boundaries Commission (IEBC) is unprepared for the upcoming polls, raising alarm bells that the candidates might not accept the results. Notably, the IEBC Chairman Wafula Chebukati, who was criticised by Kenya’s Supreme Court in 2018 for failing to respect constitutional rules, is still at the helm.

At a meeting with European diplomats on June 2, 2022, Ruto complained that up to one million voters from his strongholds had disappeared from the voter rolls. Chebukati dismissed this as rumours, saying that the missing names are those of voters who applied to vote from different polling stations.

Adding to the confusion, the IEBC announced on June 9 that it would de-register 1.18 million voters following a preliminary audit by the international accounting firm KPMG, which found numerous discrepancies: dead voters, voters registered more than once, others with fake identification and “ghost voters.”

For his part, Odinga has made a list of 10 demands including making the audit public, ensuring the security of printing of ballot papers, testing the election technology and amending laws granting power to presiding officers to open sealed ballot boxes to remove faulty materials at the tally centre.

On June 27, the Elections Observation Group (ELOG), an independent forum of 15 local organisations, commended Chebukati for gazetting the voter rolls, but it is unclear if Odinga’s and Ruto’s concerns have been addressed.

However, the ELOG – which monitors polls to ensure compliance with constitutional rules – warned that the IEBC’s decision to scrap the manual register in favour of a digital register on election day could be a recipe for chaos.

Indeed, a serious crisis erupted in 2017 when 2.5 million manually registered voters were disenfranchised due to system failures. In June 2022, seven NGOs took the IEBC to court arguing that millions will again be disenfranchised if the system fails like it did in 2017.

In short, the IEBC’s apparent unpreparedness may heighten tensions and be grounds for subsequent court cases in the event of a contested outcome.

Kenya’s courts have delivered subsequent landmark rulings since the Supreme Court’s call for a rerun of the 2017 polls, demonstrating that this decision was not a one-off demonstration of independence. The blockage of the Building Bridges Initiative (BBI) by both the High Court and Supreme Court was a shot across the bow that the judiciary is determined to remain more fearless than it was during the Moi and Kibaki administrations.

If disputes erupt, complainants will undoubtedly cite the 2017 case, which set the precedent that solely requires them to show that constitutional requirements were violated as opposed to the past where they had to show irrefutable proof of undercounted votes – a much higher bar.

The 2022 electoral process has also been stoked by fears that if Raila Odinga were to win, he would bring back the BBI. The BBI was an outcome of the “handshake” between Odinga and President Uhuru Kenyatta in 2018.

In 2020, it tabled sweeping constitutional amendments which among other things would have created the post of Prime Minister. Some have speculated that under an Odinga administration and a resurrected BBI the prime minister role would be given to Kenyatta, effectively extending his tenure and undermining the two-term rule.

The BBI was thrown out as unconstitutional by the High Court in May 2021 in a unanimous decision by its seven members. In August 2021, the Supreme Court upheld the ruling and dismissed a government appeal. In a scathing decision, it warned that constitutional amendments cannot be forced through by executive whim.

“The executive” it said, “cannot run with the hares and hunt with the hounds.”

The growing independence of Kenya’s courts may be a crucial factor in ensuring a credible electoral outcome and smooth transition.

Kenya’s military is traditionally apolitical and stays out of electoral contests. The police and paramilitary General Service Unit, however, are frequently accused of intimidating government opponents, employing violence and disrupting opposition campaigns. This election poses a unique dynamic in this regard as the two front-runners enjoy incumbency status: Odinga as the “establishment candidate,” and Ruto as Deputy President.

At face value, this makes it unlikely that their rallies will be disrupted, or their supporters intimidated and harassed. This cannot entirely be ruled out, however. The Independent Policing Oversight Authority and the National Police Service Commission were established in the past decade to strengthen oversight of the police and monitor compliance with human rights standards. Progress on this front has been slow, however.

Kenya’s civil society has persistently engaged in the democratic process. The ELOG is monitoring the entire process and has issued statements to the stakeholders at every stage, reminding them of their constitutional obligations and educating the public about the electoral process and their rights.

Notably, they have deployed long-term observers at the county level and put in place an alternative voter tabulation system to independently verify the results.

The Ushahidi platform, an open-source tool created in the aftermath of the 2007 election violence will also be active. Voters can upload real-time data and send it to a central server for processing and forwarding to responders. Citizens can also collect real-time information on the polls, including around the voting centres.

Thirteen partner organisations are part of this system, which will escalate the crowdsourced data for response and action. Kenya’s media agencies, which have provided extensive coverage and analysis since the campaigns started, will also participate in this project.

This vigilance and engagement will create a valuable forensic record and remind political actors that they are being observed at each step.

Continued citizen agency will be a vital check to remind political actors that they must operate within the boundaries of the law.

Kenya enters the homestretch of the 2022 electoral season building on the lessons of past fraught elections. Key among these are the 2010 Constitution, the growing independence of the judiciary, and an active civil society. Continued citizen agency will be a vital check to remind political actors that they must operate within the boundaries of the law.

These institutional guardrails will be especially important given the questions over the IEBC’s preparedness and ability to address the parties’ concerns. The depth of these institutions’ resiliency will be vital to ensuring the hotly contested election – and any subsequent challenges – generates an outcome that most Kenyans accept as valid.

If Kenya’s electoral process navigates both the upholding of term limits and the peaceful transfer of power, it will be a major step forward for Kenyans’ long journey to a more robust democracy.