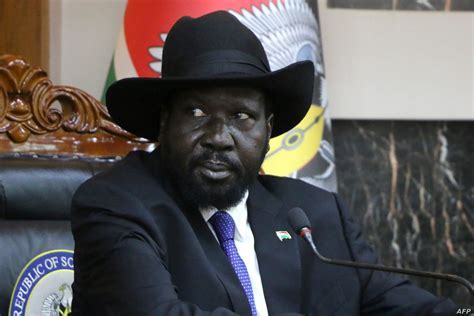 South Sudan’s president has ordered the suspension of all dredging-related activities in the country until evidence-based studies are carried out on their impact on surrounding communities and the ecosystems they rely on.

President Salva Kiir Mayardit’s announcement, which was made during his address on the country’s 11th independence anniversary on Saturday, means the dredging project on the Bahr el Ghazal-Naam River, approved by the cabinet last year, and the century-old Jonglei canal project will now be halted.

In May, Unity State government received dredging equipment from Egypt for the project on the Naam River, claiming it would reduce the flooding that displaced thousands in the state. This was met with strong criticism from environmentalists, citizens and activists who said that the plan would result in environmental and economic catastrophe, drying up the country’s White Nile River and the Sudd wetlands which farmers and local wildlife rely on.

But government officials, including South Sudan’s vice presidents, have argued that the dredging process would help open up rivers for economic activity and help mitigate floods that have affected most of the country.

South Sudan has been experiencing extreme flooding over the past three years, with 1.2 million people affected by flooding across the country.

“The contending sides have put forward legitimate arguments both for and against dredging,” said Kiir in his address, adding that feasibility studies for the projects are paramount.

On Friday environmental experts and academics at the University of Juba called on the government to carry out an environmental and social impact assessment before dredging the Nile tributaries. Tag Elkhazin, an expert on the Nile, equated South Sudanese support for the dredging project to treason.

“Stop dredging, it’s not in your interest, it is in the interest of a foreign country,” said Prof Elkhazin during a virtual presentation on the Jonglei Canal and water resources in South Sudan. Elkhazin said that other countries along the Nile, such as Egypt, would benefit from dredging projects, which would divert more water upstream.

Elkhazin added that flooding is seasonal and should not be a reason to drain the Sudd tributaries, which would have an everlasting environmental impact. Academics and local water engineers also accused the government of allowing the dredging to go on without consulting with the general public.

President Kiir has set up a 40-member Public Consultation and Awareness Committee on the Sudd region and the White Nile River to discuss the best options for flood and water management. He said a decision on the projects, supported by citizens on both sides of the debate, will be made once the committee publishes its findings.