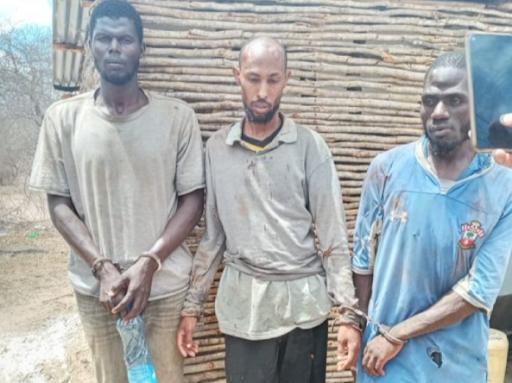 Kamiti jailbreak: Kenya likened to ‘one big prison’ in the grip of criminal gangs, where ‘state is eroded’

The recapture of three terrorism convicts may have saved face for the Kenyan government but will do little to turn the searchlight away from the pervasive laxity in the country’s security set up despite the ever-looming spectre of religious radicalism in the East Africa nation.

Accustomed to the tired cliché “no stoned will be unturned until the criminals are apprehended”, Kenyans were pleasantly surprised on Thursday afternoon when Anti-Terrorism Police Unit (ATPU) announced its officers had tracked down the prison escapees to Kitui, where they were, presumably, on their way back to Somalia via the 2015 scene of crime in Garissa town.

A senior prison officer has weighed in on the circumstances that may have created an opportunity for terrorism convicts to make a dash out of incarceration. From the outset, the officer holds the view that there was complicity in the jailbreak, explaining that serious crime convicts are regarded by their minders as high value assets.

Prisons and police authorities are therefore under unremitting pressure to secure their release at a premium, the officer says. The tentacles of the criminal syndicates wiggle into the top echelons of government.

This position is articulated in research findings by an investigation by non-governmental organisation, Global Initiative Against Transnational Organised Crime (GI-TOC) describe the fragility of Kenyan security as “erosion of the state.”

The prisons officer explains that the premium is, often, attractive enough to last a lifetime in the event of a fiasco and the truth is known. In the Kamiti jailbreak, the incident has already claimed casualties with the Commissioner General of Prison Wycliffe Ogola being fired, alongside the commandant of Kamiti Prison – the oldest penal facility in Kenya – together with his assistants.

“I don’t understand why they were four in that cell. Terrorism convicts and hardcore criminals are held in odd numbers. They were four in the same cell and this is a pointer there was prior discussion and planning. The inmate that remained was nearing the end of his term, therefore there was no incentive for him to run away,” the officer explained.

When the convicts were re-arrested in Kitui, they were found with a GPRS gadget that was guiding them to Somalia. Additionally, they reportedly had high-end mobile phone handsets they were using to communicate with their contacts – possibly in Somalia. The presence of the gadgets reinforces the suspicion of complicity. The recovery of the gadgets, which the whistle-blower who alerted the police said were tossed into the bush, will fill in the evidentiary gaps the investigators will need to unravel the story.

“It is a known fact that the inmates of special interest like the terrorism convicts have access to sophisticated communication equipment. It is obvious the escape was planned and executed from outside and the warders who were arrested are just pawns in a plot that is beyond their capacity,” the officer explained.

At least 16 Kamiti Maximum Security Prison officers – among them five management staff – have been arrested and arraigned in court.

In 2008, the prisons command launched on one the most daring operations at the Kamiti Maximum Security Prison and recovered to close 4,000 mobile phone sim cards and more than 3,000 handsets. The operation was mounted and coordinated by a no-nonsense officer, but who was reportedly opposed by then Commissioner of Prisons Isaiah Osugo.

The operation was necessitated following verified reports that crime was coordinated by inmates – a replica of the curriculum of drug trafficking barons in Brazil, Honduras, Mexico, Venezuela and Colombia run the show from behind bars with the help of prison authorities.

Investigators hope that the 16 officers that were arrested between Monday and Thursday for questioning will unravel the riddle of the prison break. It is also expected truth about how the communication gadgets found their way into the cells will come out. Further, it will explain how the CCTV cameras mounted all over the premises did not pick the inmates scaling the high walls and trekking for more than a kilometre before exiting the vast prison premises.

What is known so far is that detectives are investigating allegations that the three men “bought” their way out. Abikar was charged and convicted in 2019 over his links to Al-Shabaab and for abetting the Garissa University attack of April 2015 that left 148 people dead. Abikar and another militant were jailed for 41 years each.

The three escapees were convicted for conspiracy to commit a terrorist attack and being members of Al-Shabaab, which is linked to al-Qaeda. The other convict was Rashid Charles Mberesero, a Tanzanian, is serving a life sentence.

Our source says that, of the disciplined forces, the prisons service is the most neglected and the neglect had a created a void the warders and the top command exploit in disregard of consequences of their actions to national security.

“There is a lot of laxity and complacency in the prisons service. The current generation of prison commandants and senior officers are young and always looking for ways of making money. They can do anything to get money, notwithstanding the risks involved. The prisons service at present needs military dressing (command) to restore its credentials as a correctional facility,” the officer said, just hours before President Uhuru Kenyatta tapped Brigadier (retired) John Kibaso Warioba to replace Wycliffe Ogalo as commissioner-general of Kenya Prisons Service.

Consequently, the officer avers, Kenya is “one big prison” controlled by criminal cartels that call the shots from within and without its borders. They want to cast the government as a marionette in international terrorism and narcotics networks, according to the officer.

The presence of high value criminals in prison, the officer says, means the cartels have entrenched cells in the country’s security system, judiciary and top government echelons, hence they are always planning escape.

The comments are made on the back of past attempted prison break, the last being in 2019 when two inmates were shot dead. The exit the terrorism convicts used is designated “a weak point” by the Kamiti Prison command, hence it is under 24-hour surveillance. How the officers in the CCTV room did not pick out the three scaling the high walls remains a puzzle.

What is known already is that the three convicts dug a hole through the wall of their cell before scaling two high walls of the ‘weak point’.

Our source made these revelations to Tell two days after Internal Security Cabinet Secretary Fred Matiang’i announced that three inmates serving more than 100 years for the terrorist attack on Garissa University College that killed 148 people and injured than 79 in 2015 were on the run.

In a stunning admission, the officer says security in key penal installations is compromised and “no amount of warning by the minister of president will change the situation soon.”

“It is clear the prison that was masterminded and coordinated by external forces. Our correctional facilities have over the years slipped into the control criminals who are ready to spend any amount of money to bend the law and have their way,” the officer with more than 40 years of experience, says.

The officer who has insider knowledge of all the maximum-security prisons in the country – Nairobi’s Kamiti, Shimo La Tewa in Mombasa, Manyani in Taita Taveta, Naivasha in Nakuru and Kodiaga in Kisumu – rubbished claims that the three convicts could have escaped without support within and without the prison.

The picture that emerges is one casts senior prison officers that the facility built by the colonial government nearly a century ago, as highly culpable and complicit in a criminal syndicate that is replete with tempting financial rewards.

The view is shared by the International Peace Initiative, which has done extensive research on criminal justice system in the country and observed, “In Kenya, impunity is rife for political and government elites and hardly any top-level prosecutions for transnational organised crime have taken place. The criminal justice system, including the judiciary and prison service, has been perceived as corrupt and inept and has enjoyed low levels of public trust and legitimacy.”