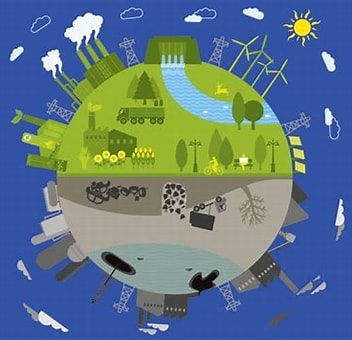 Arias isn’t confident that international leaders will slow global warming or that her own government can handle the expected fallout, such as mass migrations and civil unrest over rising inequality. With such an uncertain future, she thought hard several years ago about whether to have children.

“My answer was no,” says Arias, a researcher at the University of Antioquia in Medellín, who was one of the 234 scientists who wrote a climate-science report published by the Intergovernmental Panel on Climate Change (IPCC) in August.

That assessment, which makes clear that the world is running out of time to avoid the most severe impacts of climate change, figured prominently in climate negotiations at the COP26 meeting in Glasgow, UK early this month.

Many other leading climate researchers share Arias’s concerns about the future. Nature conducted an anonymous survey of the 233 living IPCC authors last month and received responses from 92 scientists — about 40 per cent of the group.

Their answers suggest strong scepticism that governments will markedly slow the pace of global warming, despite political promises made by international leaders as part of the 2015 Paris climate agreement.

Six in 10 of the respondents said that they expect the world to warm by at least 3°C by the end of the century, compared with what conditions were like before the Industrial Revolution. That is far beyond the Paris agreement’s goal to limit warming to 1.5-2°C.

Most of the survey’s respondents – 88 per cent – said they think global warming constitutes a ‘crisis’, and nearly as many said they expect to see catastrophic impacts of climate change in their lifetimes. Just under half said that global warming has caused them to reconsider major life decisions, such as where to live and whether to have children.

More than 60 per cent said that they experience anxiety, grief or other distress because of concerns over climate change.

For Arias, who frequently sees the impacts of political instability out of her office window as immigrants from strife-torn Venezuela wander the streets seeking food and shelter, the choice about children came naturally. She says many friends and colleagues have arrived at the same conclusion.

“I’m not saying that that is a decision that everyone should make,” she says, “but it’s not something I am struggling with much anymore.”

The pessimism expressed by some IPCC panellists underscored the vast gulf between hopes and expectations for the climate summit in Glasgow. In advance of the meeting, the United States, the European Union, China and others had announced new plans to curb greenhouse-gas emissions, although scientific analyses suggest those plans still fall well short of the Paris goals.

Over the next two weeks, countries will formalise – and perhaps even strengthen – those commitments. But making them a reality will require as-yet-unprecedented political mobilization at the national level once leaders return home.

“Right now, governments are just at the stage of providing green promises, but so far we have not seen any actions to curb greenhouse-gas emissions,” says Mouhamadou Bamba Sylla, an IPCC author and climate modeller at the African Institute for Mathematical Sciences in Kigali, Rwanda.

Sylla says his home country of Senegal has gone through all the motions and developed adaptation plans for a warming climate, but is anything changing on the ground? “I don’t think so,” he says.

The scientists surveyed by Nature are part of the IPCC working group charged with assessing the causes and extent of climate change. Their latest report, approved by 195 governments in August, concluded that fossil-fuel emissions are driving unprecedented planetary changes, threatening both people and the ecosystems that humans rely on for food and other resources.

“Unless there are immediate, rapid and large-scale reductions in greenhouse gas emissions, limiting warming to close to 1.5 °C or even 2°C will be beyond reach,” the IPCC said. But in announcing the report, IPCC scientists stressed that these goals could still be achieved.

A separate report from the United Nations Environment Programme last week projected that the climate commitments already announced by nations would put the world on a path towards 2.7 °C of warming by the end of the century.

Kamiti jailbreak: Kenya likened to ‘one big prison’ in the grip of criminal gangs, where ‘state is eroded’