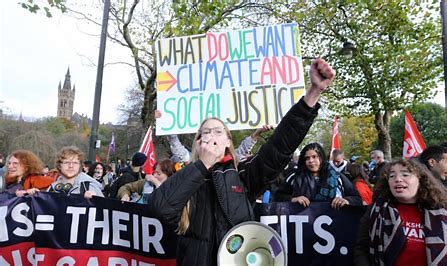 Some projections of climate change raise the possibility of even more carbon emission reductions. The Climate Action Tracker, a consortium of scientific and academic organisations, estimates that warming would be limited to 2.4 °C if countries follow through on their latest pledges under the Paris agreement.

One of the goals of the climate negotiations is to prompt more-ambitious steps for limiting greenhouse-gas emissions, but most respondents to the Nature survey seemed to be pessimistic about future policies and the amount of warming.

The survey results might not be surprising given the decades of limited progress in tackling climate change, but the opinions of climate researchers should raise alarms, says Diana Liverman, a geographer who studies climate at the University of Arizona in Tucson. “I suppose the fact that they’re pessimistic should make us even more worried.”

The Nature survey has limitations: it doesn’t capture the views of 60% of the IPCC authors, and two scientists wrote separately to Nature expressing concerns about the poll precisely because it taps into opinions rather than science.

Those who took part did so in a personal capacity, not as representatives of the Intergovernmental Panel on Climate Change (IPCC). Still, the survey provides a snapshot of the views of a significant proportion of the researchers who wrote the report.

Although the results indicate that many harbour deep concerns, the survey also revealed signs of optimism. More than 20 per cent of the scientists said they expect nations to limit global warming to 2°C, and four per cent said the world might indeed meet its most aggressive goal of limiting warming to 1.5 °C – a target that many scientists and academics wrote off from the moment the Paris agreement was signed in 2015.

Charles Koven, a climate scientist at Lawrence Berkeley National Laboratory in California, draws hope about the future because of advances in science and technology, and rapidly evolving public opinion. One positive development, he says, is that results in the past few years indicate that global average temperatures will level off quickly once humanity stops emitting greenhouse gases into the atmosphere.

This is contrary to long-held expectations that warming would continue for decades even if emissions were halted, owing to a lag in the climate system. He also cites plummeting costs of clean-energy technologies, as well as rising public demand for action in the face of increasingly visible climate impacts — such as the wildfires that he and his family have grown accustomed to each year in California.

“Fundamentally, I believe that the majority of people really do care about the future, and that it is possible for governments to coordinate and avoid the worst climate outcomes,” Koven says.

Two-thirds of the respondents said they engage in climate advocacy, and almost all of those who do said they promote climate science through speeches, publications or videos. Some 43 per cent of those who engage said they have signed letters or petitions, and 40 per cent said they have contacted lawmakers to advocate for climate policies. One-quarter said they have joined demonstrations.

The tables turned, however, when scientists considered whether the IPCC should take on more of an advocacy role, which would be a sharp break from its remit of neutrally assessing the science: nearly three-quarters of the respondents said the IPCC should refrain from climate advocacy.

One survey respondent gave the IPCC credit for sticking to its core mission. “By focusing on the best available scientific information, it has avoided the politicization that has occurred with other scientific issues, such as masking and vaccinating for Covid-19,” the respondent said.

When asked to name the biggest accomplishments of the IPCC’s climate-science working group, nearly 40 per cent of the respondents said the panel effectively informs the public and policymakers about climate change and the part that humans are playing. Many (27 per cent) also value how the IPCC assesses and synthesises evidence.

Sylla says the IPCC has done an adequate job on that front, given the geographical imbalance in the broader climate-science community. However, he adds, the organisation could do more in terms of local outreach to promote the science and to engage policymakers after its reports are published. “I want the IPCC to be more aggressive on that,” he says.

Like Arias, Sylla sees the impacts of political and economic instability as people pile aboard small boats leaving Senegal for a perilous journey in search of a better future. He also fears the situation will only get worse as the climate warms.

Although he is currently planning to build a house for his family – far from the sea and in a location that is unlikely to flood – Sylla isn’t convinced that Senegal is where he wants to ride out the climate storm. But he is keenly aware of the fact that Europe and the United States are also vulnerable to the inevitable impacts of global warming. “So, the question is, where do you go?”