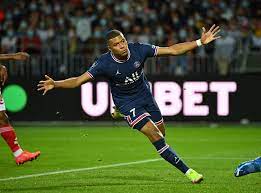 Looks like the world will never know how a trio of Messi, Neymar and Mbappe would’ve done together after it emerged that the latter is edging closer to a move to Spanish giants Real Madrid.

The exit of Mbappe from Paris Saint Germain would be a setback. This is because Lionel Messi to Paris Saint-Germain had looked like the biggest transfer story of the summer. Mbappe is running him a very close second and raises questions about his attitude to the new arrival.

Questions will be raised about if Mbappe is simply jealous or afraid of being eclipsed by the former Barcelona star.

TalkSport reports that Mbappe is closing in on a stunning €160 million (£137 million/ $188 million) move to Real Madrid in a deal set to give Spanish football the shot in the arm it so desperately needs.

It means he turns down the chance to play alongside Messi, who said he was excited to line-up with Mbappe and Neymar across a very imposing front line.

The transfer would also break the hearts of Liverpool fans all over the world as the Frenchman was tenuously linked with a to Anfield for the best part of 18 months.

Mbappe has been tipped as a future Ballon d’Or winner – Messi and Cristiano Ronaldo can’t carry on being this incredible for much longer, right?

It’s impossible to tell if he’ll be able to match the same brilliance as the iconic duo, but the 22-year-old has a fighting chance having achieved so much already.

TalkSPORT.com takes a look at what Mbappe has achieved in the early years of his senior career and sees where Messi and Ronaldo were at the same stage.