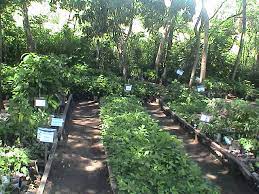 In race to raise forest cover, scientists discover the world’s running out of seeds

Dean Swift has gotten really good at spotting where squirrels hide their seeds. In the forests of Colorado, Arizona, New Mexico and South Dakota, he looks for a moist shaded area with a small grove of trees, sometimes near a ravine. Here, he will find a cache of chewed cones a few metres deep.

On his hands and knees, he will dig through the mound searching for where the squirrels have hidden full cones for the coming winter – the jackpot.

Swift is a seed collector. He takes the best cones and seeds he can find and sells them to nurseries. (Swift makes a point to mention that the squirrels don’t suffer because he never finds all the cones – and they have many other food sources.) This is the inception point for the United States’ reforestation efforts.

“Over the years, I’ve built up a network of people in the different collecting areas who helped me with seed collection,” Swift said. “I show them how to get started. Once they understand, it’s a lot of fun.”

Over the past decade, interest in reforestation has soared. Climate change, an increase in wildfires, and the need for huge carbon sinks to remove emissions from the atmosphere have increased the demand for trees and dense forests.

Companies like Citibank, Microsoft, Amazon and many others that have made net-zero carbon commitments; to fulfil these goals, they will have to buy carbon credits from organisations and non-profits that protect or plant forests to offset emissions.

In January, Elon Musk tweeted: “Am donating $100M towards a prize for best carbon capture technology.” Many of the responses can be summed up by designer Martin Darby, who tweeted in reply: “I have invented a concept called planting trees. Where do I send my bank details?”

But while there’s a huge focus on planting trees, there’s little on where those seedlings will come from. A study published in February in Frontiers in Forest and Global Change, authored by 17 environmental scientists, including ones from the Nature Conservancy, the USDA Forest Service, American Forests, and academic institutions, outlines that we are already short more than two billion seedlings per year—and that’s just to get halfway to meeting the reforesting potential of the lower 48 states.

They estimated that there are 133 million acres to reforest by the year 2040, which would require 34 billion seedlings. According to the study, the US currently produces about 1.3 billion seedlings a year, which means a 2.4-fold increase is needed.

“There were increasing public calls for dramatically scaling up reforestation,” says Joseph Fargione, science director for the Nature Conservancy’s North America region and the study’s lead researcher. “The people that work in the industry were aware that would be hard to do because of the supply chain challenges. But most people outside the industry weren’t.”

Even non-profit carbon offset project developers like the Arbor Day Foundation, who have access to private money from companies that have made net-zero pledges, know a squeeze is coming. “We’re going to have to increase the seedling production in order to meet the demand and the opportunities at hand,” says foundation president Dan Lambe. “We see that coming in the next couple of years.”

So, what happened to all the seedlings? The problem is a perfect storm of financial strains, labour issues, and climate change.

Budget cuts and an increase in wildfires that required the US Forest Service to put more of its resources toward fire mitigation have constrained replanting efforts. According to the National Forest Foundation, the service is only able to reforest about 20 per cent of the national land that needs trees because the agency doesn’t have the resources to fund planting labour or site prep costs.

Another part of the problem is there aren’t enough folks like Dean Swift to steal from squirrels. Seed collecting is a profession on the verge of extinction. It is an extremely technical job: Seed collectors have to be arborists, be able to climb trees, understand how many seeds it is okay to harvest without endangering the tree’s health, and what time of year each type of seed matures.

Their industry has precise rules to avoid past mistakes; for example, campaigns a few decades ago used seeds from different geographic regions, resulting in weak, unhealthy growth of the replanted areas.

“They need to get a seed from that geographic area, from the right elevation, from the right species of tree, and grow those seeds in a nursery for a year or plus,” says Marcus Selig, vice president of field programs at the National Forest Foundation. “Then they take the seedlings back to that exact place to regenerate the trees. It’s just a really involved process.”

We are running out of people who know these nuances. “There are just a handful of people who know how to collect seeds for nurseries,” says Austin Rempel, one of the scientists involved in the study and the senior forest restoration manager at American Forests, a non-profit conservation group.

“And pretty much everyone we talked to says, ‘This might be my last year.’ No one is coming up behind them. They’re on the verge of retirement and they don’t really have a succession plan.”

Swift is one of the lucky ones who have built a business. During good harvest years, he employs almost 100 people across the western states to collect seeds to sell to nurseries in the US, China, Canada and Europe, plus an assistant to handle the paperwork. After almost 50 years, he isn’t ready to stop yet.

“Yes, seed collectors seem to be a dying breed,” he says. But, he adds, “I do not see retirement for me, as long as I can avoid the paperwork. Non-retirement tends to be the way of self-employed people.”

Still, there will be a point when the current generation of collectors will retire, and their institutional knowledge may be lost, partly because they are extremely secretive about where they harvest and partly because there aren’t many places to learn except on the job from a mentor.

In addition, climate change is causing good seeds to become even more scarce. Years of drought can halt a tree’s energy-intensive cone production process. Warmer weather at lower elevations has also caused an increase in bugs that eat away at surviving seeds and cones. Forest fires are simultaneously increasing demand for seed while reducing the supply of trees to collect from.

“Every single seed collector I talked to says something along the lines of, ‘I’ve been doing this for 40 years and I have not seen this few mast years in my life,” Rempel says, referring to years when trees produce large crops of seeds. “Something’s changing. It’s not as predictable as it used to be. And then when they do produce crops, they’re not as great.”

Swift says he has a collecting area that hasn’t produced a heavy crop in nine years. “It’s no question in my mind” that it’s a result of climate change, he says. Overall, the crops are smaller and more sporadic than they were a few decades ago. “If this keeps up, I really don’t know what nurseries will do for seed in another 10 or 20 or 50 years,” he says.

Seed orchards – trees managed with the intent to harvest seed – are a contingency plan against lower yields from wild collecting. But they haven’t escaped climate change, either. Last year’s wildfires destroyed a sugar pine seed orchard in Klamath National Forest and another one on Oregon Bureau of Land Management land. That was a devastating blow, because orchards take a long time to set up, as the trees need time to mature.