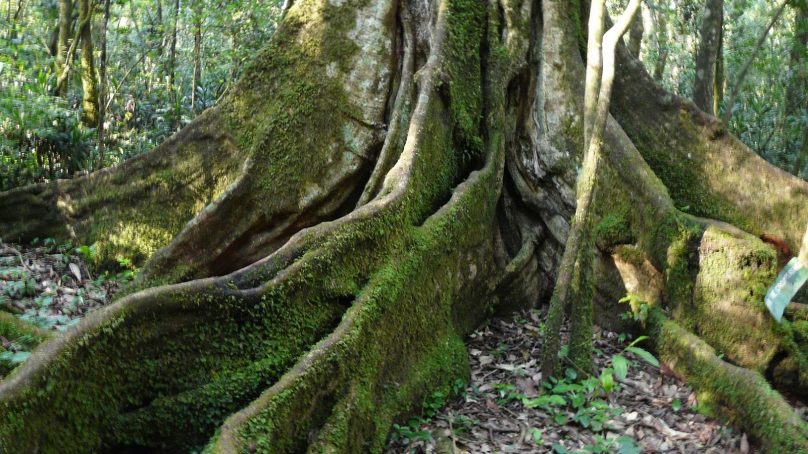 After collecting seeds, they are usually sent to nurseries, where they are grown into seedlings for planting. The number and size of nurseries around the world are becoming fewer and smaller, raising the concerns about the future vegetation cover and some tree species.

A study in which we interviewed over 120 nursery managers about obstacles to increasing their operations to fulfil reforestation needs. These problems range from spacing to staffing issues.

“We have no more greenhouse space,” Brian Morris, programme manager at Webster Forest Nursery in Washington, told Wired news agency. “We’re having to actually work with outside growers to meet our demand. So, over the past several years, we’ve been operating essentially at maximum capacity.”

Finding enough labour has already been a struggle for nurseries. According to Morris, his nursery hires its internal staff and seasonal contracts from farm labour and those costs go up each year. Additionally, the study noted that immigration issues like visa restrictions often prevent migrant workers from coming into the US.

Because of this, nursery operators and reforestation project managers are often uncertain about how many workers will be available and if their core team will be able to return.

“Every year when we’re putting out those contracts and going through the hiring process, it’s a very stressful time,” Morris says. “We don’t know what we’re going to get every year.”

Last summer, representative Bruce Westerman, a Republican from Arkansas, wrote in The Hill that without H-2B visa exemptions, in 2020 “1.6 million acres of forestland would go unplanted and nearly 1.12 billion seedlings would die.”

Nurseries, too, are struggling with the retirement issue. Many long-time growers are aging out of the business with few young people coming up behind them.

There are only three forestry nursery training programs in the entire US, and increased urbanisation has made rural nursery jobs less desirable. In fact, the programme manager at Webster retired earlier this year; Morris is filling the role on an interim basis.

Joseph Fargione, science director for the Nature Conservancy’s North America region and the study’s lead researcher, says that, if nursery operators want to expand their infrastructure and hire more labourers, they’ll need a guarantee from the government or other large buyers that the investment will pay off.

“They’ll need to add more land to grow and that will require some long-term guarantees for them about the demand,” Fargione says. “So, things like long term contracts or low-cost or forgivable loans to encourage them to make those investments.”

Morris wants even more specifics. Before he expands the business, he wants to know what tree species reforestation efforts will focus on next. Does that tree grow better in the ground or in a greenhouse? And what type of greenhouse? “There’s a lot of questions,” he says. “Trees are more than just trees. There’s a lot that goes into picking the right infrastructure for the crop you’re going to grow.”

Once the seedlings are grown, steep slopes and hazards from fires make replanting forest land extremely expensive. For example, according to the National Forest Foundation, a single project to plant 8,000 trees in California cost $300,000 just in site prep.

The study estimated it would cost $33 billion – about a dollar per tree – to plant 34 billion trees across public lands, national forests and reclaimed agricultural land. Selig thinks that the cost can only get that low if some trees are planted on cheap farmland, to subsidise more expensive forms of planting.

“You can do machine planting, where you get a tractor and stick them into the ground really cheap,” he says. “But doing reforestation in agricultural land doesn’t have the same benefits of putting the trees back where they are right now.”

In other words, it’s not just a matter of how many trees you plant – it also matters where you put them. For example, he says, while the carbon capture effect might be the same anywhere, replanting forests that have been destroyed by wildfire creates other environmental benefits, like protecting wildlife and the headwaters of rivers.

And the work doesn’t end after the trees are in the ground. Seedlings need to be cared for, managed and protected from dry climates, wind, and animal foraging using tree shelters – plastic or metal mesh tubes. Fargione says that for some projects, up to 85 per cent of seedlings die in the first year. “A plant-and-walk-away approach doesn’t work,” he says.

If seedlings die before becoming a thriving forest, we’ve not only lost their carbon sequestration potential, but all the money that was invested in growing and planting them. And with the shortage, planters can’t just go back to the nursery and get more seedlings, because there might not be any.

While the study outlined all the obstacles to reforesting US land, there are potential solutions on the horizon. The Replant Act was introduced into Congress last July; if passed it would quadruple the Forest Service’s Reforestation Trust Fund for forestry work and nursery development, which is currently $30 million a year – a figure that hasn’t changed since the 1980s.

American Forests created a policy guide recommending 34 strategies to federal and state government agencies such as, and including,s trees and nurseries in infrastructure policy, investing in the tribal workforce because lands held in trust by the Bureau of Indian Affairs have significant reforestation potential, training new growers to stanch the loss of institutional knowledge, investing in seed orchards and climate-adapted seedlings that have been bred to survive in regions with severe drought, fire or floods, establishing new collection networks by working with private landowners and utilising apps to help citizen scientists harvest seed.

Private money has also started pouring into reforestation investments and even nurseries. In 2020, Salesforce, the San Francisco-based sales software giant, worked with American Forests to hire a nursery technician at the Hakalau Forest National Wildlife Refuge to learn from Baron Horiuchi, the only person who knows how to grow a set of endangered Hawaiian tree and plant species, before he retires. In 2018, Bank of America helped invest in an urban nursery in Detroit.

The Paul and June Rossetti Foundation, a frequent backer of America Forest projects including the recent seedling shortage study, is also funding a three-person crew to help build up seed banks in New Mexico and Colorado, a first in the world of private investment in seed collection.

But right now, most private money used to support forestry on public lands has to be philanthropic. According to Selig, the federal agencies in charge of the national forests haven’t authorised selling forestry credits on the carbon market.

Despite the difficulties nurseries and foresters are currently facing, a seedling shortage could signal something optimistic – a significant increase in reforestation investment to fight climate change. And Arbor Day Foundation president Lambe sees that as an opportunity.

“We have to meet these demands and we have to overcome these challenges,” he says. “We need to figure out how to scale and find the labour, find the trees, find the land, in order to make the difference we’re hoping to make.”

In race to raise forest cover, scientists discover the world’s running out of seeds

AstraZeneca vaccine causes blood clots but cases are few and far between: regulators