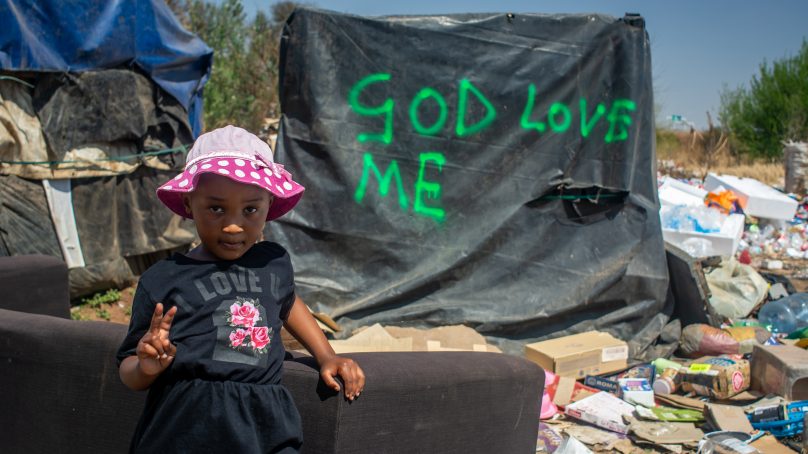 A report presented to South African Tswane city in June 2019 highlighted the need for economic growth and job creation. It specifically addressed “the problem of informal recyclers sorting waste in an uncoordinated manner across the City,” and made a commitment to “extend their waste management systems in order to include recycling and informal reclaimers within their waste management practices.”

Based on this report, a fairly elaborate and comprehensive “waste storage and sorting facility operating model” was agreed upon. This year the city advertised a tender for the appointment of local service providers to operate four “buyback centres” for a period of three years.

Referring to a 2014 memorandum of agreement, the city motivates the tender thus: “These buyback centres were built with the sole purpose of accepting and processing recyclables in order to alleviate poverty through job creation. Most importantly was to reduce the tonnages of waste material to be disposed at City’s landfill sites.”

On the surface, this plan appears to solve the landfill challenge and simultaneously create opportunities for the Bagerezi. Reality has not matched up.

One of the buyback centres, in Atteridgeville, stands empty. Nearby is a different white elephant, a state-of-the-art material recovery facility (MRF), built by the city in partnership with investment company New GX Capital.

It was intended to process separated recyclable material and create employment for the people of Atteridgeville, but on inspection appeared to have been abruptly abandoned, with recyclable material still visible in the machines. In a perfect world, buyback centres should accommodate the Bagerezi, not the MRF.

Then again, in a perfect world, the city would transport source-separated recyclable waste directly to MRFs and the Bagerezi would become superfluous.

Both the empty buyback centre and the non-functioning MRF examples demonstrate the failure of the City of Tshwane to alleviate poverty through job creation in the waste management cycle.

Not all state and municipal bodies are as inept. On August 20, a very efficient Green Scorpions team inspected a private property in the suburb of Eldoraigne, where a group of Bagerezi had been working and living on the vacant land for a number of years.

One of the inspectors seemed conflicted about performing her duty and expressed genuine concern about the consequences of the inspection for the Bagerezi. She reaffirmed the consensus that the Bagerezi need a sorting facility where they operate.

Cindy Billson, a former ward councillor for the DA, said that the owner of the property had been fined for “unlawful recycling activities” and ordered in 2019 to clear his property. A founding affidavit against the eviction by Lawyers for Human Rights states that on August 27, 2020, the Bagerezi were given notice to relocate to another portion of the same property.

When asked for comment, the City of Tshwane responded: “Please note, the property in question is privately owned.”

A week after the inspection, members of RubiconZA met property owner Eugene Clark to discuss the fate of the indigent community. He said he did not intend to interfere with the Bagerezi, except to ask them to move to another part of the property.

“We’ve got the land on the end there,” he said. “We’re just relocating them.”

Clark, who was legally entitled to remove people from his property, said he would provide the Bagerezi with proper facilities and perhaps solicit sponsorship for containers for the recyclable material. He also said he would consider employing some of them in his businesses. This writer was present when he said these things.

“I believe in everybody’s dignity,” he said, and went on to tell how he had helped hawkers in Cape Town by providing them with lock-up and toilet facilities.

The resulting optimism from RubiconZA, who facilitated the negotiations for relocation with the Bagerezi, was short-lived. Land surveyors and a newly erected fence confirmed that the allocated relocation area was not part of Clark’s property.

The Bagerezi had nowhere to go, but earth-moving machines had already started aggressively clearing the property. LHR took up their case and informed Clark on September 1 that he could not carry out an eviction without a court order.

On September 8 the earth-clearing machines were within 10m of the Bagerezi shacks. Van der Westhuizen (of RubiconZA) met with Kenny Stuurman, Clark’s representative, and requested that the clearing be stopped until negotiations were concluded. To no avail. By September 10 the living quarters of the Eldoraigne Bagerezi were being mown down.

The NGO PEN operates a buyback centre in Pretoria. They buy recyclable material directly from the Bagerezi and pay them for it in cash.

On September 15, Van der Westhuizen laid a charge of assault against a group of men associated with Stuurman. Van der Westhuizen alleged, and three eye-witnesses from the Eldoraigne Bagerezi corroborated, that approximately 15 men assaulted him while he made social media videos of the situation in Eldoraigne. The men forced him to delete the footage.

By September 19, the cleared property resembled an urban refugee camp, treeless and exposed, but the Bagerezi were still there. They remained even when the bushes were set on fire.

An impasse appeared to have developed in Eldoraigne. The owner had complied with the instructions of the city, but the Bagerezi remained in occupation of the empty property. On October 12, still with nowhere to go, the Eldoraigne Bagerezi posted photos and videos on a WhatsApp group of security personnel destroying their shacks, throwing their belongings over the fence and harassing them.

On October 13, the situation erupted violently when security personnel started burning the plastic recyclable material collected by the Bagerezi, the means by which they feed themselves. Cars were burnt in retaliation and a number of the Bagerezi were arrested.

This author was there to witness the development. Because of my association with Van der Westhuizen and RubiconZA – who have been blamed for the continued presence of the Bagerezi – I was attacked by local residents and security guards who relieved me of my phone and camera. After receiving medical treatment, I too laid a charge of assault.

An appeal was made to the minister for human settlements, water and sanitation and on Wednesday October 21 Lawyers for Human Rights submitted an urgent application for a court order requiring the property owner to provide the Bagerezi with shelter and financial compensation for their losses.

The Eldoraigne Bagerezi have scattered to the winds after being locked out of the Clark property. Some will join other recycling groups. Others will find hidden corners to sleep in suburbs rich in garbage. All will start again, from nothing.

Most rate-paying residents are eager to evict the Bagerezi from their neighbourhoods wherever they may settle and however long they have been there, but it is the negligent recycling habits of residents and the waste-management incompetence of municipalities that have created and enabled this growing suburban subculture.

Deferring the environmental and moral responsibility to the government and recycling companies is hypocritical. It does nothing to solve the problems of sustainable waste management and unemployment.

Instead of trying to find mutually beneficial solutions, we treat human beings like waste by either ignoring them or brutalising them. This perpetuates an endless cycle of desperation and survival linked to systemic failures that simply recycle the Bagerezi.