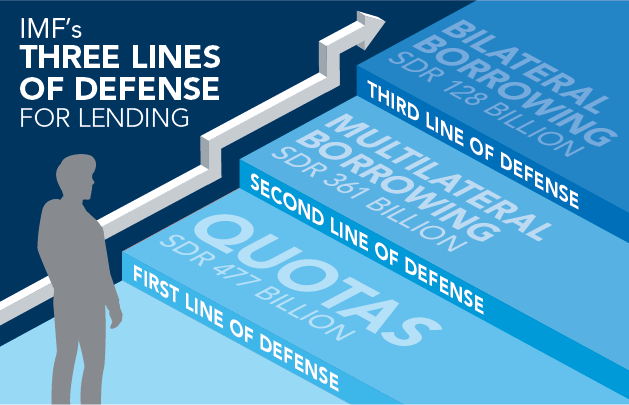 Four hashtags sum up Kenyan’s frustration with President Uhuru Kenyatta’s handling of the economy: #NoLoantoKenya, #UhuruMalizaUende, #ThiefOfTheLoans, #IMFStopLoaningKenya. In threads under these hashtags, the angry public gives their verdict on an administration that was nine years ago romanticised as the springboard to economic dynamism in digital age, to leave office.

For a leader who came to power – albeit controversially – eight years ago promising a rapid turnaround of the country’s fortunes, with the economy as the centrepiece, President Kenyatta has at present lost the exuberance that endeared him to half of the country and the international community. Even his most ardent supporters now concur, via cybersphere, that he is the “worst accident” that ever happened to Kenya.

The public believe the Ksh257 billion Kenya has secured will be stolen, hence the resistance that foaming a regime that is now synonymous with the bad and the ugly – flagrant theft of public property its refrain.

The impatience of the cybersphere Twitter community, among them scholars with best credentials on economic matters, birthed the hashtag #UhuruMalizaUende and #ThiefOfTheLoans, which roughly translates to “Uhuru, we are fed up; get out of our way soon as possible.” The verdict is contrary to the thinking in the president’s column.

Former opposition leader Raila Odinga, responding to criticism of the president during a tour of Nairobi city told the country: “President Kenyatta and I want to move this country from Third World to a first world through BBI.”

Public response was swift and searing. Lawyer Ahmednassir Abdulhahi answered back in one-liner, “Have you ever heard a more insulting and patronising statement?”

Economist, Prof David Ndii, went further and explained why cynical Kenyans do not believe that the rapprochement between the two erstwhile enemies will reverse the trajectory of the social and economic spin.

“Dear young #KOT (Kenyans on Twitter). The IMF loan Kenya has taken is called a structural adjustment loan (SAPs). It comes with austerity (tax raises, spending cuts, downsizing) to keep Kenya creditworthy so that we continue borrowing and servicing debt. IMF is not here for fun. Ask older people,” Dr Ndii warned of the austerity measures Kenyans should ready for.

He explained, “The authority’s programme would set a basis for a resurgence of growth and a shared prosperity. Building on critical steps already taken, it aims to reduce debt vulnerability through multiyear fiscal consolidation effort centred on raising tax revenues and tightly controlling spending, safeguarding resources to protect vulnerable groups. It will also advance the structural reform and governance agenda, by addressing weaknesses in some state-owned enterprises and strengthening transparency and accountability through the anticorruption framework.”

In a nutshell, for the government to be able to save, it must reduce spending on social and economic programmes as well as bolster revenue collection. This simply means, Kenyans must be ready to give more (taxes) to the government and expect less.

With the economic outlook grim, Mr Kenyatta has resorted to quick-fixes and unstinted charm-offensive to gag the opposition. Critics and allies are unanimous that the IMF loan will overburden the ordinary man in the streets for the next decade and beyond.

His administration has already gobbled up foreign loans estimated to be Ksh8 trillion ($800 billion), with the domestic financial market also reeling under government’s elastic thirst for domestic credit in the form of treasury bonds and treasury bills that have higher returns to commercial banks.

In Kenya, the private sector competes with a gluttonous government that, in addition, is riddled with corruption and wastefulness, according to the more than 20,000 angry Kenyans who petitioned IMF to rescind the Ksh257 billion and by extension other multilateral and bilateral lenders to stop giving loans to a wasteful regime.

It is against this backdrop that Kenyans created the hashtag #StopLoaningKenya, hours following Treasury announcement that that Nairobi had secured the IMF loan. The aversion to IMF and World Bank credit is informed by the debilitating structural adjustment programmes that were forced on them by the Bretton Woods institutions in the late 1980s through the 1990s that the turned one Africa’s strongest economies into a pariah.

In the past six months since it became clear the Kenya government is broke, the local currency has been in a freefall against foreign hard currencies. According to the Central Bank of Kenya indicative rate, the shilling has slumped to 109 against the US dollar, 150 to the British sterling and 129 to the euro. In January last year the Kenyan currency was trading roughly 96 to the dollar.

The weakening of the currency has inflationary implications. During the period, inflation surged upwards from around 4.6 per cent in January last year to the current 5.74 per cent. While Treasury and the president have tried to blame the inflation on outbreak of the coronavirus pandemic in March last year economists and financial experts put the blame squarely at the doorstep of the president, Deputy President William Ruto and their associates for runaway looting of public coffers.

Mr Ruto, in particular, has been implicated in a raft of financial fiddling amounting to hundreds of billions of shillings, theft of public and property like land and business, for which he never expressed remorse even when courts found him culpable.

Interviewed by Citizen Television after he was mentioned in the Ksh21 billion ($210 million) funding for water dams in arid regions, he termed it a political witch-hunt.

“When I was supporting the former PM (Raila Odinga), I was a good guy; when I was not supporting him, I became the ‘high priest of corruption.’ Do you want to tell me, that we can lose Ksh21 billion in one transaction? Is that a government we are running or a casino? Has DCI (Directorate of Criminal Investigation) told you that William Ruto has called him? Or that I interfered with investigations? I have not said investigations should stop. What I have said is that people should not use the investigations to run a political narrative against Jubilee,” he defended himself.

Political commentator Don Kimanzi took to Twitter to paint the sorry picture of how the Kenyatta administration has run down the country.

These figures have not been fact-checked. However, what is not in doubt is the president’s reluctance to address deep-seated corruption in his government officials, a number of them relatives and friends, implicated in corruption. It has long been argued that if the Kenyan government sealed all corruption loopholes and recovered a fraction of the looted money, Kenya would not need donor support.

When President Mwai Kibaki retired in 2013, the economy was healthy at 5.7 per cent per annum, up from 1.4 per cent when he took the reins in 2002 from the disgraced Kanu regime under former President Daniel arap Moi. With a positive economic outlook, employment grew by 500,000 per annum, according to the Kenya National Bureau of Statistics.

Nine years after Kibiki, the economy is in the doldrums and employment is shrinking rapidly and the coronavirus pandemic only hastened a trend that had already picked up.

Instructively, the shrinking economy coincided with the uptick in mega corruption and in the intervening period between the time Kenyatta came to power 15 months to the end of his second in the office it is estimated close to Ksh1 trillion ($10 billion) has been lost under his watch.

The admission was mocked by lawyer Ahmednassir Abdullahi, who in a tweet after the announcement of new IMF loan deal, sarcastically remarked, “Kenyans are complaining (unfairly in my view) that Kenya borrowed Ksh1 trillion in the past nine months…Surely what do you expect His Excellency Uhuru to do? He has to find the Ksh2 billion that is stolen daily by his government. The borrowing is never for us. It’s for them.”

In what sounded like an insensitive admission that corruption is a way of life kin Kenya, Deputy President, who wants to succeed, told Citizen Television in April last year that voters should ignore the vice when choosing a leader. “I do not believe that corruption can stop a leader from delivering in Kenya.”

In a rejoinder former journalist and human rights activist Boniface Mwangi remarked, “Do Kenyans expect a President who admitted that his administration steals Sh2 billion daily to retire? Uhuru is trying to change the constitution to remain in power, something that Raila was not expecting. Now Raila will likely work with Ruto to stop Uhuru’s coup.”

Mwangi is referring to concerted efforts to have erstwhile opposition and his competitor in the 2017 presidential poll Raila Odinga on his side. The Constitution Amendment, codenamed Building Bridges Initiative, target to review the executive structure of the government. However, critics like Mwangi fear the constitutional amendment, is unnecessary when the country is going through lean time economically and battling with coronavirus pandemic.