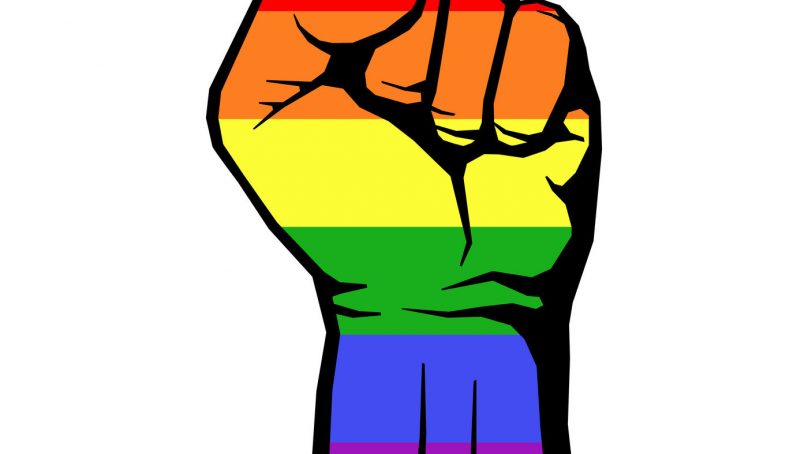 When Pricila, a 32-year-old trans woman, fled El Salvador in February 2019, she had good reason to fear for her life. Police had beaten and sexually assaulted her, telling her they would make her a man.

Gang members attempted to forcibly recruit her. They extorted her, burned her, beat her, abducted her gay friend, and threatened that she would be next.

A regulation proposed by the Justice and Homeland Security Departments in June would, as the organisation Immigration Equality put it, “essentially eliminate asylum protection altogether” for people seeking asylum on grounds of persecution related to their gender identity or sexual orientation. And now, in what has to be categorised as the regulatory equivalent of beating a dead horse, the Justice Department on September 23 proposed yet another regulation to limit asylum seekers’ ability to provide evidence in support of their claims.

LGBT asylum seekers — including those, like Pricila, from Central America’s Northern Triangle — often have strong asylum claims, as documented in a new report by Human Rights Watch. Although the Northern Triangle countries of El Salvador, Guatemala and Honduras have passed some laws and policies to protect people from violence and discrimination based on sexual orientation or gender identity, LGBT people can tell you a yawning gap exists between what is on paper and the abusive reality they face.

The international refugee system exists to provide protection to people like Pricila, who are persecuted because of their identity or beliefs. But the U.S. administration seems bent on shutting them out. Homeland Security has compelled asylum seekers arriving at the southern border to wait for months in Mexico before they undergo a “credible fear” interview, the first step in the asylum process. Some are forced to remain in Mexico for many more months while US courts adjudicate their claims.

Northern Mexico, where several trans women have reported receiving death threats, is particularly inhospitable for them. Pricila was gang-raped in Mexico.

Other asylum seekers, including LGBT people, have been forcibly transferred to Guatemala — “among the most dangerous countries in the world,” according to the State Department’s own assessment — under an Asylum Cooperative Agreement.

In August, a Salvadoran trans asylum seeker was murdered there —one of at least 20 LGBT people murdered in Guatemala so far in 2020.

Refugees International and Human Rights Watch have exposed how Guatemala’s asylum system is unprepared to handle an influx of asylum seekers. Not one of the 939 asylum seekers transferred to Guatemala between November 2019 and March 2020, when transfers were suspended due to the Covid-19 pandemic, has been granted asylum.

Since March, US authorities have used the pretext of Covid-19 to close off land borders to asylum seekers altogether and the Border Patrol has summarily expelled nearly 150,000 people. No one knows how many were fleeing persecution based on gender identity or sexual orientation because they were never given the chance to ask for protection.

The Homeland Security and Justice regulation proposed in June bars all gender-related asylum claims. It does not define gender, but in addition to dismissing claims from abused women and girls, immigration judges could misconstrue it to bar all gender identity asylum claims.

The rule requires claimants to identify themselves as victims of persecution based on sexual orientation or gender identity the first time they come before an immigration judge — or waive their right to do so. Persecution for most forms of political activism — including LGBT activism in countries where it is outlawed — would be insufficient to constitute “persecution on account of political opinion,” because the rule narrows “political opinion” cases to people seeking “regime change.”

The regulation would exclude evidence to support an asylum claim if the adjudicator thought it promoted a “cultural stereotype.”

A judge could dismiss evidence of Pricila’s abuse by Salvadoran police if she thought it promoted a machismo stereotype. The Trump administration seems more concerned not to offend homophobes and misogynists than to protect their victims.

This week’s newest proposed rule digs the hole even deeper, setting a 15-day time limit on filing an asylum application and preferencing US government human rights reports over those of reputable nongovernmental organisations.

It would even allow immigration judges to introduce evidence on their own, fundamentally distorting the role of a US immigration judge and opening the door to the introduction of evidence that might reflect judges’ own biases, such as anti-LGBT prejudice.

The recent and proposed asylum policies and regulations that shut out people fleeing persecution should be scrapped. LGBT asylum seekers, like Pricila, have compelling reasons for fleeing their home countries. The United States should provide them a fair asylum process.