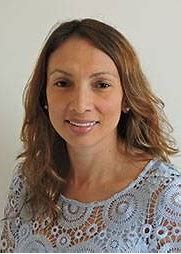 Academic bullying remains a scourge in research and higher institutions of learning around the world. Alexandra Olaya-Castro, vice-dean for equality, diversity and inclusion in the faculty of mathematical and physical sciences at University College London (UCL), says her institution established a Report + Support tool in 2019 to addresses the abuses.

It walks users through both informal and formal resolution processes for addressing bullying claims and allows problems to be reported anonymously.

Olaya-Castro encourages people to go on the record through university channels, because anonymous reports can only help to address prevention and intervention university-wide; taking action to address an individual’s behaviour requires the target to report it through a formal or informal process, which requires details. Complainants need to report their grievances to the right people, she adds.

UCL has three informal resolution processes. The first involves mediation, in the form of a facilitated discussion between the target and the bully, says Olaya-Castro. The second option calls on a senior member of staff to explain to the bully why their behaviour is unacceptable.

Finally, if the target of a bullying supervisor doesn’t want to involve anyone in the department, they can speak to a designated dignity adviser, she adds. These are volunteers among campus employees who are trained to offer confidential support on matters of bullying, harassment and sexual misconduct. An informal resolution can work well if bullying is confronted early, she says.

If mediation doesn’t resolve the concern, a formal procedure might follow at UCL, or at other institutions where similar processes are in place.

A preliminary investigation, typically conducted by human-resources staff, would aim to establish whether there are grounds for the complaint, as a way to weed out baseless accusations.

If there are grounds, a formal hearing is then scheduled. At UCL, this would involve a grievance panel; Human Resources and the head of department appoint one manager, one trade-union representative and a senior member of staff who will chair the proceedings.

If the target of the bullying accepts the outcome, that’s the end of it; if not, they have the option to appeal. “It is not an easy process – either the formal or informal paths,” says Olaya-Castro of reporting at UCL or elsewhere.

But reaching an informal resolution can be preferable because it consumes less time and energy for all involved, she adds, while acknowledging that unfortunately, “some situations require a formal procedure”.

Keashly says the processes at UCL are similar to those at many institutions, but she also encourages faculty members to keep one another’s unacceptable behaviours in check. Most importantly, she says, they should challenge narratives that enable bullying – such as ‘that’s just the way he is’ or ‘smart people are just abrasive’.

The anonymous PhD student says the investigation of his case dragged on for 12 months as the university repeatedly delayed its responses. It took the university a week to respond to his e-mails, a month to schedule his first interview, and there were two extensions to the deadline for publishing the investigation’s final report.

In the middle of the process, he was told that any outcome or punishment would be kept between the university and his supervisor.

“I want to encourage targets to report bullying, but the system is so fraught, reporting can perpetuate the harm if the university is not equipped to protect people,” says Erika Marín-Spiotta, a biogeographer at the University of Wisconsin-Madison and recipient of a US National Science Foundation grant to conduct bystander training.

The training offers safe intervention strategies to protect and support targets of bullying or harassment. Keashly highlights the ‘four Ds’ of by-standing: distract the bully or target to defuse the situation; directly engage the bully; delegate to someone, for example, in a position of authority, who can offer help; and delay an offer of support if you can’t intervene there and then.

As soon as someone lodges a formal complaint, everything changes, says Mahmoudi. It’s a decision that requires a good deal of consideration, and people should think about how strong their support network is and their personal fortitude before deciding whether to go through what will probably be a gruelling experience.

Hollis recommends that the targets of bullying ask their informal network or a trusted faculty member how their institution has responded to others’ complaints, to know what might await them if they file a formal complaint themselves.

Some universities, she says, want the problem to go away more than they want to listen to the people who have been bullied, adding: “It really depends on how the organization has responded before.” She also cautions that a supervisor accused of bullying might go after the complainant after a report has been filed.

Mahmoudi says it’s not uncommon for some institutions to use delaying tactics in the hope that a complainant will drop their accusation.

Saman Hosseinpour, a materials scientist at the Friedrich Alexander University in Erlangen, Germany, and an Academic Parity Movement advisory-board member, notes that universities’ support for the targets of bullying can often be lacklustre, because the institution wants the least disruptive resolution possible.

And, often, the bully has more power and clout, and brings desirable resources to the university. For example, Hosseinpour adds, if a target opts for mediation, mediators might try to persuade them that academia is simply a tough environment, and that everyone faces issues similar to what they went through.

Mahmoudi has amassed 2,000 responses to a survey about satisfaction with investigations of bullying. Only seven per cent reported that they experienced a fair and unbiased process, he says of his as-yet unpublished work.

“International students will have a much rougher time than national ones,” he says, given that their PI might have the power to cancel their appointment, which could impact their visa status, and they might find it hard to access support resources because of cultural or language barriers.

Still, if a university has policies and procedures around bullying, Keashly says, it is legally obligated to follow them, including taking appropriate action in the event that charges of bullying are confirmed. And the more policies and procedures there are, the greater the recognition that this is a significant problem, she adds.

The anonymous PhD student feels that his university had a greater incentive to support a high-profile faculty member – who brought in multimillion-dollar grants – than a PhD student. Ultimately, he left the institution and, after setting into a new role, filed a formal complaint.

If he, had it to do again, he says would have come forward two years before he did. Targets “are afraid because they perceive the bullies have more power over them than they [actually] do”, he says. “Life’s too short. The best thing,” he says, is to “move on as fast as you can.”

Despite the emergence of reporting mechanisms, policies and intervention training, the targets of bullying often remain reluctant to report abuse for fear of retaliation that could jeopardize their careers.

Mahmoudi advises the targets of bullying to formulate a back-up plan. This can include leaving a toxic working environment and seeking employment elsewhere.

Keashly advises that it’s not an either/or choice. “You can leave an organization and still continue to address the issue,” she says, through an exit interview, which many institutions offer before an employee leaves – a formal complaint process or lawsuit, depending on what is appropriate.