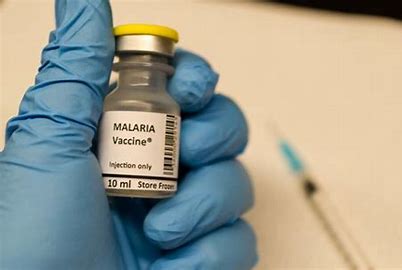 An experimental malaria vaccine that contains live parasites protected nearly all recipients from infection in a small clinical trial.

Participants in the study, published on June 30 in Nature, were given a shot containing live Plasmodium falciparum parasites, along with drugs to kill any parasites that reached the liver or bloodstream, where they can cause malaria symptoms. Participants were then intentionally infected with malaria three months later to test the vaccine’s efficacy.

The vaccination protected 87.5 per cent of participants who were infected after three months with the same strain of parasite that was used in the inoculation, and 77.8 per cent of those who were infected with a different strain. This is a significant improvement on earlier efforts to use live parasites in a malaria vaccine, which did not perform as well against different strains.

The study also yielded important information about how immunity against malaria can be achieved, says Pedro Alonso, director of the World Health Organization’s Global Malaria Programme in Geneva, Switzerland. “It contributes considerably to the science of vaccines,” he says. “I cannot overstate how important this is, because the field of malaria vaccines has been a neglected one for a long time.”

Several malaria vaccines are in development. The most advanced – RTS,S – has been given to more than 650,000 children as part of a pilot programme in three African countries to assess its safety and efficacy, as well as the logistics of rolling it out.

Another vaccine, called R21, was recently shown to be up to 77 per cent effective in a trial of 450 young children, and a larger study is under way.

Both of these use the same malaria protein, called circumsporozoite protein, to trigger immune responses. That protein decorates the outside of the sporozoite form of the parasite, the stage in its life cycle when it first enters the human body from the salivary glands of infected mosquitoes.

For decades, researchers have tried to find ways to use whole sporozoites as vaccines: many vaccines against viruses, for example, have used weakened whole viruses, and the approach offers the immune system many targets, rather than just one protein. But for malaria, success has been limited. One study using sporozoites that had been attenuated using radiation found 20 per cent efficacy when vaccine recipients were challenged with a different strain of the parasite.

Some scientists have reasoned that a live parasite might yield stronger immune responses because it can replicate inside the body, producing more foreign proteins in the process. Sara Healy and Patrick Duffy, both working on malaria vaccines at the US National Institute of Allergy and Infectious Diseases in Bethesda, Maryland, have been looking for ways to boost the efficiency of this approach.

In the latest trial, which enrolled 42 people, the researchers tested injected participants with live sporozoites. But they also treated the vaccine recipients with medicines to kill the parasite if it reached the liver or blood, where it would normally go on to infect blood cells and cause disease symptoms. This approach worked well, not only against the same strain of parasite as was used in the vaccination, but also against another strain, found in South America. A field study testing the vaccine in adults is under way in Mali.

The results of the trial are promising, but producing whole-sporozoite vaccines on the scale needed to combat malaria would present a challenge. The sporozoites must be harvested from mosquito salivary glands and then stored at extremely low temperatures, complicating their distribution in resource-poor areas. No vaccine has ever been mass-produced using mosquitoes before.

Alonso remembers someone asking him about the possibility years ago: “It is a crazy idea,” he replied at the time.

But Sanaria, a biotechnology company in Rockville, Maryland, has been working to make sporozoite vaccines more practical. The company, which collaborated on the vaccine study, can now make large quantities of sporozoites and is working on ways to do so without mosquitoes.

“It’s amazing what has been accomplished in terms of the science and technologies that have been developed along the way,” says Alonso.

Sanaria is also working with researchers to use gene-editing techniques such as CRISPR-Cas9 to genetically weaken the parasite, so that it can be injected live without the need for additional medicines. An edited sporozoite might replicate a few times and then die, before it has a chance to cause symptoms.

Ultimately, several vaccine options will probably be needed in the fight against malaria, says Duffy. “There’s probably not going to be a single vaccine solution,” he says.

Malaria control measures, including mosquito nets and preventive medicines, have saved more than seven million lives and prevented 1.5 billion malaria cases in the past decade, Alonso says. But these measures are being challenged by insecticide resistance, drug resistance and population growth. Each year, 400,000 people die from malaria – most of them children.

“We’ve plateaued at an unacceptably high level,” says Alonso. “Unless we have a highly efficacious malaria vaccine, it’s going to be very hard to keep making progress.”