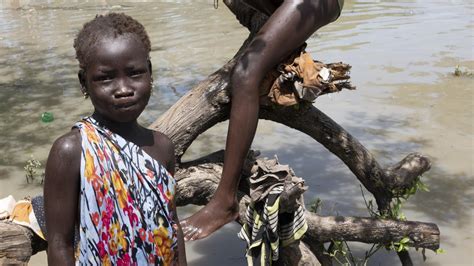 The year 2020 saw further devastating floods, caused by storms such as Cyclone Amphan in South Asia and a record-breaking hurricane season in the Atlantic Ocean.

It is now clear that the changing climate is making coastal flooding more frequent, downpours heavier and storms wetter. Less appreciated is that the impacts of increased flooding are distributed unequally and unfairly. The greatest burdens fall on the most vulnerable.

Global damage from floods and storms has been trending steadily upwards, from $94 billion in the 1980s to more than $1 trillion in the 2010s, according to the emergency-events database EM-DAT. This increased economic burden is driven in part by changing climate patterns, alongside increased settlement and development in areas of higher hazard.

Decades of research on environmental justice and social vulnerability have shown that the risks and impacts from flooding are disproportionately borne by marginalised households. Over the past few years, researchers have begun to quantify this effect. For example, from 1999 to 2013, white residents of US counties with extensive damage from natural hazards, including flooding, on average gained $126,000 in wealth over this period. Black and Latinx residents on average lost $27,000 and $29,000, respectively. Communities with higher incomes often receive more aid after disasters.

The problem is complex. Climate change not only shifts the weather we experience; it also reshapes the health and extent of natural resources such as forests and wetland ecosystems, financial markets, migration patterns and the availability and affordability of safe housing. These cascading effects intersect with flood hazards to present new, complicated challenges for research.

Economic, political and social systems distribute climate risk unevenly, and policies designed to help people recover leave out many of the people most in need. Actions that fail to recognise this will reinforce, rather than mitigate, today’s large and growing inequities.

As communities around the world pay more attention to systemic racism and discrimination, those who study flood risk should similarly question how inequity is embedded in past and current practice.

Collect the right data. Current hazard models can mask real differences in exposure to flooding. This problem is particularly acute in developing countries, where fewer resources are available for mapping and modelling. For instance, on the basis of coarse elevation data in developing countries, the global population exposed to sea-level rise by 2100 was originally estimated at around 48 million people. After an effort to improve the resolution of the elevation data, that figure nearly quadrupled to 190 million people.

Data gaps and concerns persist in developed countries as well. Most models capture riverine and coastal floods, not the urban flooding that occurs when drainage systems are overwhelmed. This type of inundation is known to be a threat in older, often low-income and racially segregated parts of cities. Data on when and where this happens are not systematically collected.

Residents of underserved communities where mistrust of government is high are less likely to file complaints and report flooding; or they file complaints to no avail. As a result, these areas can seem safe on paper when they are not.

Approaches that engage local institutions and community members in combination with other data sources have been shown to improve flood-risk mapping in diverse places including Nepal, the United States and Brazil. In Nepal, for example, local residents filled data gaps by documenting the locations of key infrastructure, the elevations of houses, high-water marks, and characteristics that made households socially vulnerable.

Choose the right metrics. Most assessments of flood risk and impact rely heavily on the metric of property damage. This practice typically treats each dollar of damage equally. Yet one dollar of damage has a much greater effect on quality of life and well-being for low-income households than for wealthier ones. For example, after floods in Mumbai, India in 2005, the lowest-income families lost more than six times their monthly household income; middle-income families lost just two to three times.

Relying on estimates of property damage as a metric for evaluating the benefits of proposed mitigation methods systematically favours wealthier areas that have more to lose. Simply put, it is currently harder to protect a poor household than a rich one.

One way to correct this would be to adjust for differences in income and wealth, such as measuring risk and loss as relative metrics (damage as a percentage of total value, or losses as a share of household wealth). For example, in Ho Chi Minh City, Vietnam, research shows that considering differences in income and financial protection can lead to dramatically higher assessments of the benefits of protecting low-income populations.

A second way to shift the balance would be to focus more on the broad benefits to be gained by flood prevention (which everyone can experience) than on the avoided financial damage to property (which depends on existing wealth). A ‘benefits gained’ approach is theoretically more equitable than the current ‘damages avoided’ method used in the United States.

Choosing metrics that capture aspects of well-being helps to ensure that projects do not simply swap flood stress for other financial or health stresses. This problem can arise when people are relocated out of floodplains. Compensation for relocation is often profoundly inadequate, and new homes can be offered in places that are far removed from jobs, friends and family.

In Lagos, Nigeria, and Manila in the Philippines, for example, forced and voluntary relocations led to only temporary moves. People went back home for lack of livelihoods and social connections. In Fiji, sea walls built in 2015 to protect from higher sea levels reduced productivity in vegetable gardens and cut people off from the beach – and did not actually prevent flooding.

Many countries require some form of cost-benefit analysis for government expenditures, so data on the estimated costs and benefits of specific projects are broadly available. Researchers should mine this information to determine the extent to which cost-benefit analyses have encouraged investments in wealthy neighbourhoods and to examine more-equitable ways of evaluating projects intended to manage flood risk.

More research is also needed to assess the severity and distribution of flood impacts that are often unquantified, such as effects on mental and physical health, loss of employment or lack of access to education. Often severe in low-income populations, these effects are rarely measured.