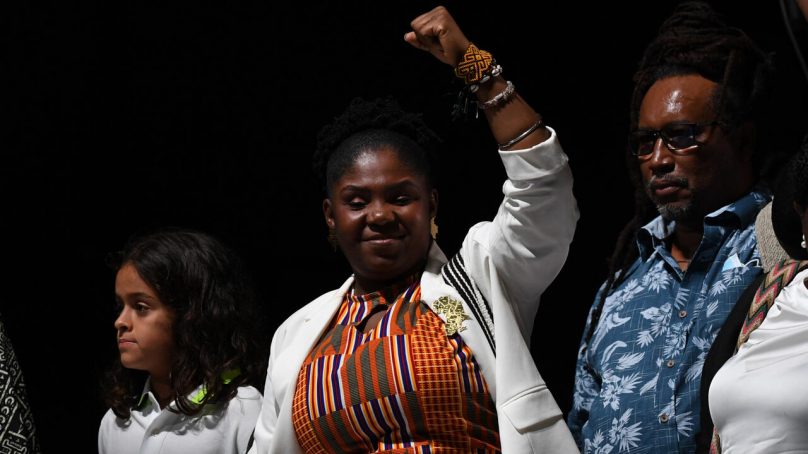 Before the June 19 Colombian presidential election, candidates endorsed the 2016 peace deal and criticised the unpopular “Peace with Legality” plan of outgoing President Iván Duque Márquez government, which has involved deadly military operations, including the bombing of children at rebel camps.

Defeated right-wing populist Rodolfo Hernandez, a right-of-centre political establishment that has long run Colombia, the ex-mayor of Bucaramanga in the eastern department of Santander, had opposed the peace accord in 2016 but now views its full implementation as “the only way forward”.

Billing himself as an outsider to the messy politics of the capital, Hernández has presented an anti-corruption platform, while running an ostensibly right-wing campaign that he has moderated in the final stretch. He has been critisised for xenophobic comments made towards Venezuelan migrants.

His opponent, a former mayor of Bogotá and current senator, was a member of the M-19 guerrilla group in his youth. Petro has committed to re-implementing the peace plan, including a raft of economic and social investments in rural conflict zones where the poor have very few opportunities. He has also proposed new peace talks with any interested armed groups.

As a vice-presidential running mate, winner Gustavo Petro chose Francia Márquez, a well-known Afro-Colombian environmental activist from the long-neglected Cauca region. Having worked and organised with communities in conflict zones for decades, she has given Petro’s ticket a considerable boost, bringing with her a coalition of grassroots activists and social organisations that have long distrusted “establishment politics”.

“I don’t have any faith in our political system,” Marilyn Machado, a sociologist and human rights activist in northern Cauca and long-time colleague of Márquez, said. “But I have faith in Francia. Her victories are our victories. And most importantly, she is a powerful symbol – a Black woman who has escaped the cycles of poverty society has forced so many of us into.”

Hernández, too, tapped an Afro-Colombian woman, Marelen Castillo, as his vice-presidential candidate, meaning that whichever candidates wins, an Afro-Colombian woman will hold the second-highest office in the country for the first time, departing from the legacy of high offices here being dominated by white men from wealthy families.

While the nomination of Afro-Colombian women to office may be a sign of progress, Márquez has faced numerous racist public attacks throughout the campaign. Regaining the trust of Colombians in government efforts to implement the peace deal is another key factor in the election.

One of those who will need convincing is Fredy Dimate, a former FARC combatant who accepted the peace accord and now works for “Reencuentros”, an investigative team that searches for some of the 80,000 people who “disappeared” during the war. He fought under the nom de guerre “King Kong” in the conflict-ridden department of Cauca.

Dimate feels the current government has betrayed his community. “This isn’t the deal we signed on to,” he said. “We were promised investments in the community. Instead, the vacuum left by the state has created new armed groups who impose a cycle of violence that the government has only tried to stop with more violence.”

According to the International Committee of the Red Cross, 2021 was the most violent year for armed conflict in Colombia since the peace deal was signed. The ICRC has identified six separate ongoing armed conflicts in the country.

Between January and November, more than 72,000 new displacements – a near-tripling over the same period in 2020 – were reported by the UN’s emergency aid coordination body, OCHA. With some 5.2 million, Colombia ranks among the top countries globally for people internally displaced due to conflict.

Narco-trafficking, particularly of cocaine, has been a prime source of funding for many of the armed groups that fight amongst each other – and against the state – for control of smuggling routes and territory. Some have origins in Colombia’s civil war: either left-wing rebel groups or right-wing paramilitary organisations that fought on the side of the government.

After the 2016 agreement, when 90 per cent of FARC combatants laid down their arms and joined civil society, “dissident” groups rejecting the pact, resumed recruitment.

The National Liberation Army (ELN), the main left-wing guerrilla group that wasn’t part of the 2016 deal, expanded its activities, effectively exerting control over 189 of Colombia’s 1,123 municipalities in 2022, a sharp rise from 136 in 2018, according to Indepaz. The government reached out to ELN for peace negotiations in 2003, and again in 2018, but talks were scuttled when ELN bombed a police station in Bogotá that same year, killing 21 people.

The Gaitanista Self-Defence Forces of Colombia (AGC), also known as the Clan del Golfo, has also expanded rapidly over the past six years. It now controls the most territory of any armed group in the country.

A “training and reintegration community” where former FARC rebels live and train in civilian professions in Tame, in the Arauca region, January 2022.