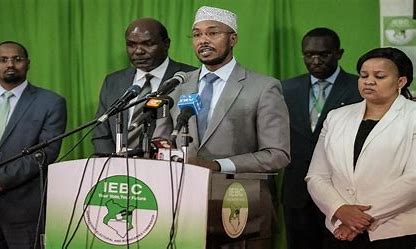 On August 9, Kenyans head to the polls to elect their next president. The campaigns and manifestos of the four contenders still in the race have made the youth common denominator of their promises to the country.

In spite of the youth agenda, the Independent Electoral and Boundaries Commission (IEBC) register that the targeted demographic is indifferent and will not be involved in determining who will be in charge of their economic, social and political destiny.

In the last two years of President Uhuru Kenyatta’s second, the economy has taken a hit and the trend is expected to remain the same well into the first year of the next administration. According to the Central Bank of Kenya latest data, inflation is galloping at 7.08 per cent – the highest in the past two years – and it is unlikely to relent in the foreseeable future as the rising cost of living touched off by soaring fuel prices begins to be felt.

Currently, there are four candidates angling to succeed incumbent President Uhuru Kenyatta, who is constitutionally barred from continuing in office after serving two five-year terms.

On June 6, the country’s Independent Electoral and Boundaries Commission (IBEC) concluded its vetting process and whittled down the number of contestants from 55 to four. Some of those disqualified include popular lawmaker Ekuru Aukot and independent candidate Jeremiah Nyagah. The two main challengers remain opposition leader Raila Odinga, for whom Kenyatta has publicly declared his support, and William Ruto, the president’s deputy.

A serial aspirant who first ran for the Kenyan presidency in 1997 when he finished third, this is Raila Odinga’s fifth attempt. Odinga, one of Kenya’s most popular politicians, is the patriarch of a dynasty that began with his father Jaramogi Oginga Odinga, an independence hero and Kenya’s first vice president. The elder Odinga was a friend and running-mate of Jomo Kenyatta, Uhuru’s father, and Kenya’s first-ever president.

The 77-year-old served as prime minister between 2008 and 2013 to President Mwai Kibaki (now deceased), in a grand coalition that was formed after the peace talks mediated by late former United Nations Secretary-General Kofi Annan.

That was the outcome of the disputed 2007 elections which Kibaki was controversially declared winner, with Odinga polling second, leading to bloodshed across parts of Kenya. Odinga also lost the 2013 and 2017 elections to the younger Kenyatta but is now being endorsed by his arch-rival.

This time around, he has picked Martha Karua, Kibaki’s justice minister, as his running mate to bring in mass votes among her Kikuyu people, the country’s largest ethnic group.

Odinga’s centre-left campaign agenda is focused on tackling corruption and fixing the loopholes which he says deny ordinary Kenyans basic services. He has also promised national reconciliation to unite the country, judiciary reforms and social welfare for poor households.

He is the only presidential candidate who has officially launched a manifesto so far.

Ruto first came to the limelight in 1992 after he helped found the hugely popular lobby group Youth for KANU 92 (YK92), which helped the governing Kenya African National Union retain power.

He went on to serve in parliament and then as a cabinet minister in several roles for years until 2007. By then, many senior officials, Raila included, had quit the governing party after the president handpicked Kenyatta as his successor.

Ruto was elected together with President Uhuru after a spirited campaign in 2013. The accompanying bromance slowly commuted to a bitter divorce and there have since been allegations and counter-allegations by each camp since their falling out.

Uhuru has painted Ruto as corrupt and greedy for power while the latter has previously claimed that the president’s allies hatched a plot to assassinate him. In 2010, Ruto was charged by the International Criminal Court (ICC) in December 2010 with multiple charges, including murder during the violence that followed the 2007 election.

Many assumed that was the beginning of the end of his political career. Instead, he became acting president in October 2014 when Uhuru briefly relinquished his seat to attend to charges at the ICC that were later dropped.

The 55-year-old is now facing a tall order to defeat Kenyatta-backed Odinga in his bid to be president again – but an elected one this time – and overcome the “deep state”, the perception of a powerful cabal overseeing the country’s affairs. His running-mate Rigathi Gachagua is a legislator from the Mount Kenya region and ardent critic of the president.

Ruto has centred his campaign on a bottom-up economic model, which he says will put money in the pockets of common people. His camp argues that the model, which includes a promised 50 billion Kenyan shillings ($425 million) annually targeting micro- and small-enterprises, is the elixir needed to uplift low-income earners out of poverty.

Unlike Raila and Ruto, David Mwaura is not a household name in the Kenyan political arena even though he has been involved in politics for more than a dozen years. A lawyer with more than 35 years of experience, he took his first shot at Kenya’s top seat in 2013 under the same party. However, he dropped out of the race to run for governor of Lamu County in coastal Kenya and was unsuccessful.

A clergyman, Waihiga believes that the government needs fresh blood to address Kenya’s many problems.

George Wajackoyah, another seasoned lawyer – with five degrees, is known for his controversial political stunts and remarks.

The 61-year-old leader of the Roots Party is basing his presidential bid on his Rastafarian credence and qualities. He is advocating for the legalisation of cannabis, which he says will help offset the huge debts Kenya is grappling with.

He also plans to suspend the constitution for six months if elected president in favour of parliamentary resolutions and to punish corrupt politicians by hanging them with hemp fibre.