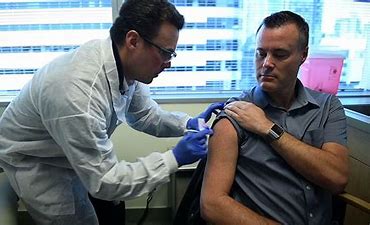 More than nine million shots have been given, according to the Centres for Disease Control and Prevention and just shy of 400,000 people have received the second dose that confers 95 per cent protection against the virus.

That seems like good news – but just about everyone watching the process agrees it is too slow. Nationwide, only about 36 per cent of the doses delivered to states have been administered, according to a dashboard maintained by Bloomberg News.

Plus, the doses that have arrived, and are mostly sitting in freezers, are fewer than were originally promised: The Trump administration’s Operation Warp Speed originally committed to vaccinating 20 million Americans before the end of last year.

It’s clear that the effort to protect the US against the novel coronavirus is locked inside a nested set of problems: Not enough vaccine doses are travelling from manufacturers to the states and not enough doses are transferring from states’ freezers to residents’ arms. What has not been clear is how to solve the gridlock.

A lot of people have ideas. Over the past week, multiple and sometimes competing proposals were floated in op-eds and on Twitter. Within days, the debate transformed into a proxy battle between incoming and outgoing governments to get in front of the issue.

Future Biden administration officials signalled on Friday that they will encourage states to administer all the doses they now hold, and then Health and Human Services Secretary Alex Azar on Tuesday told state governments to use the doses they have to vaccinate everyone 65 or older.

“Every vaccine dose that is sitting in a warehouse, rather than going into an arm, could mean one more life lost or one more hospital bed occupied,” Azar said at an Operation Warp Speed briefing.

The debate over what to do to accelerate vaccination is contentious, in part because there’s so little science to illuminate it.

The emergency authorisations issued by the Food and Drug Administration for the Pfizer/BioNTech and Moderna vaccines cover only one dose size and only one dosing interval: three weeks between shots for Pfizer, four weeks for Moderna.

There is no clinical trial data to support changes – as the FDA reminded people in a forceful statement released last week, signed by FDA commissioner Stephen M. Hahn and Peter Marks, who directs the Centre for Biologics Evaluation and Research that oversees vaccines.

“At this time, suggesting changes to the FDA-authorised dosing or schedules of these vaccines is premature and not rooted solidly in the available evidence,” their statement said. “Without appropriate data supporting such changes in vaccine administration, we run a significant risk of placing public health at risk.”

So yes, in its announcement on Tuesday, the HHS overruled its own FDA. By announcing that all doses now held by states should be administered immediately – which means that most will be given as first doses – the agency implicitly risks delaying second doses, because it will be forced to rely on manufacturers delivering the next tranches of vaccines on time.

In the past few days, as it became clear this change was coming, scientists tried to warn it might be a bad idea. “It risks snatching defeat from the jaws of victory,” says Ilan Schwartz, a physician and infectious disease researcher at the University of Alberta who co-authored a Guardian op-ed objecting to the change.

“This vaccine is efficacious and incredibly safe and has been thoroughly evaluated in tens of thousands of people in record time. And we’re going to take that scientific progress and jeopardise it by adopting in a way that hasn’t been evaluated.”

Andrew Noymer, a medical demographer and associate professor of population health and disease prevention at the University of California, Irvine, who criticised the Biden officials’ plan on Twitter, adds: “We’re in the situation we’re in right now because everything that could go wrong has gone wrong – with testing, with contact tracing, and so on. The idea that we’re going to get this all sorted out in three weeks, when those second doses are due, is a fantasy. It’s playing with fire.”

The conversation about changing Covid-19 vaccination schedules began with the British government, which announced on December 30 that it will extend the interval between vaccinations from three or four weeks to 12 weeks.

Britain is using the Pfizer vaccine, and also a formula from the University of Oxford and AstraZeneca that has a four-week gap. That vaccine has not yet been approved in the US.

The switch was intended to allow as many Britons as possible to develop some degree of protection against the newly discovered and more transmissible, B.1.1.7 variant of the virus, which was first detected in the UK before Christmas and has now spread globally, including to the US.

A few days after the British announcement, government officials in Denmark and Germany announced they might also stretch out their vaccination campaigns. Simultaneously, two prominent medical academics proposed in The Washington Post that the US should prolong its dosing intervals as well.

And at almost the same moment, Operation Warp Speed’s chief scientific adviser proposed a different strategy on CBS’s Face the Nation: keeping the dose schedule for the Moderna vaccine, but halving the dose amount.