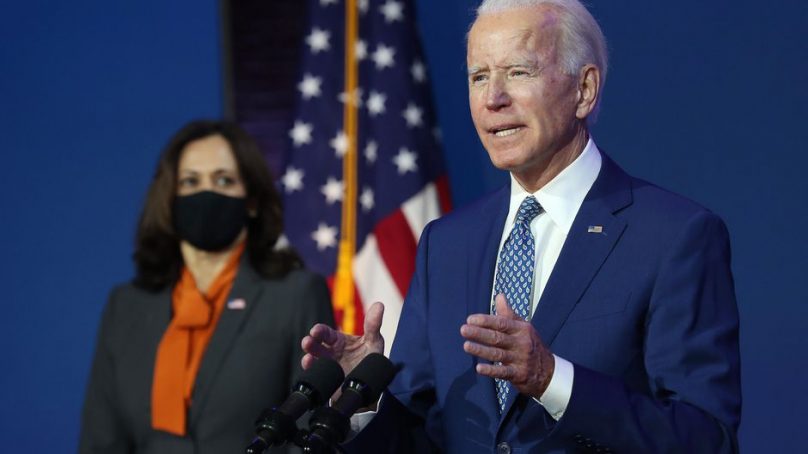 Almost every other detail of that day, however, is in flux, thanks to the coronavirus pandemic, the impeachment of his predecessor on Wednesday and the attempted insurrection on the very spot where President-elect Joe Biden will be sworn in.

After last week’s failed insurrection at the US Capitol by supporters of President Donald Trump’s attempts to cling to power, there is growing concern among security professionals, law enforcement and transition officials that next week’s planned presidential inauguration and the events around it could bring hundreds of would-be plotters to the nation’s capital.

“You haven’t really had this level of potentially violent domestic terrorism in the United States, certainly in my lifetime,” said Roderick Jones, a security expert and executive chair of Concentric Advisors, a private security firm.

“This isn’t al Qaeda directing attackers – individuals or small groups of individuals taking that motivation, and then using these tactics themselves. It makes it really, really challenging for the security and intelligence authorities to get on top of it, because there’s no organization to infiltrate.”

Presidential inaugurations are always a balancing act between security and spectacle – part constitutionally prescribed transfer of power, part Super Bowl halftime show – and the Biden transition has long acknowledged that between the coronavirus pandemic and the threat of “weird shit” from Trump’s supporters, next week’s swearing-in was always going to be a break from the traditional pomp.

But last week’s putsch, which left five people dead and came much closer to threatening the lives of senior government officials than was initially thought, has revealed deep security concerns – and promises of additional waves of protests in the coming week have spooked security experts and members of Congress alike.

“We have grave concerns about ongoing and violent threats to our democracy,” six top lawmakers said in a statement following a briefing by Justice Department officials on Tuesday outlining the current investigation into the attack on the Capitol.

The members of Congress, who head the US House of Representatives Armed Services, Homeland Security, Intelligence, Justice and Oversight committees, wrote that “it is clear that more must be done to pre-empt, penetrate, and prevent deadly and seditious assaults by domestic violent extremists in the days ahead,” particularly with Biden’s inauguration now just one week away.

Some Biden supporters have even called for cancelling all but the barest required elements of Inauguration Day: no parade down Pennsylvania Avenue, no pre-recorded national anthem sung by a pop icon and no potential exposure to supporters of a president who have made it clear that they will not go quietly.

“You don’t need a great inauguration to be a great president,” one major Biden donor, who cut the presidential inauguration committee a six-figure check in December to help fund the festivities that they’re now hoping will be called off, told The Daily Beast. “Look at Lyndon Johnson – he never had a parade.”

But the Biden inaugural committee and the six-person Joint Congressional Committee on Inaugural Ceremonies, which oversees inaugural events at the US Capitol, have vowed to push for a semblance of normalcy, albeit with a vastly increased security footprint.

The National Guard is preparing to send as many as 15,000 troops to the nation’s capital ahead of the inauguration, and the US Secret Service has begun making security arrangements in downtown Washington a week ahead of schedule.

“The safety and security of all those participating in the 59th presidential inauguration is of the utmost importance,” the Secret Service said in a statement. “For well over a year, the US Secret Service, along with our [National Special Security Event] partners, has been working tirelessly to anticipate and prepare for all possible contingencies at every level to ensure a safe and secure Inauguration Day.”

Part of the decision to continue with the inauguration agenda as already planned – which will include a review of military troops, a presidential escort from 15th Street Northwest to the White House and a virtual “parade across America” similar to the widely applauded roll call of the states from last summer’s Democratic National Convention.

“We are confident in our security partners who have spent months planning and preparing for the inauguration, and we are continuing to work with them to ensure the utmost safety and security of the president-elect, vice president-elect, participants, and the public during this historic event,” a senior official with the presidential inaugural committee explained

“We are looking forward to the inaugural ceremonies, in which the American people and the world will witness a peaceful transition of power. This will mark a new day for the American people focused on healing our nation, bringing our country together, and building back better.”

Greg Jenkins, who served as the executive director of President George W. Bush’s 2005 inaugural committee, told The Daily Beast that the coronavirus pandemic, which has necessitated a reimagining of many of the most iconic in-person aspects of an inauguration, has likely made the job of securing next week’s event easier.

“This inaugural, by all indications, is going to be a lot different from any other inaugural,” said Jenkins, who helped coordinate the first inauguration to take place following the terror attacks of September 11, 2001, which created an entire class of events – National Special Security Events – requiring intense oversight by the Department of Homeland Security.

The 2005 inauguration, Jenkins noted, was targeted by protesters as well, and that even in the post-9/11 environment where he was running things, the Secret Service and other security was good at balancing free speech concerns.

“We didn’t try to stop the protests from happening,” Jenkins said. “We just tried to allow for them to happen in a safe way without anybody getting hurt.”

But the intensity of the violence last week – and Trump’s continued insistence that the speech he gave that incited a mob of thousands of supporters to attack the Capitol was “totally appropriate” – may have changed the calculus for planning out so-called “free speech zones” near inaugural festivities.

“A concerning trend that I think we’ve seen over the past four years is the steady normalization of political violence. Things that I was very concerned about at the beginning of the Trump administration have kind of come to fruition,” Cassie Miller, a senior research analyst at the Southern Poverty Law Centre, said.

Jones, who served in London’s Metropolitan Police Special Branch and was once a protective agent for a senior cabinet minister, said that he has great confidence in the Secret Service protecting the actual inauguration events like the traditional walk along parts of the parade route.

Instead, the numerous planned protest events across Washington – and in state capitals around the country – present the kind of wide-ranging list of targets that are a lot harder to defend.

“I think if I’m a domestic extremist, while that walk is going on for example, there’s lots of other softer targets in the capital where I could make my point, and be more successful,” Jones said. The evident lack of coordination between agencies ahead of the riot at the Capitol, Jones added, is particularly worrying.

“The thing that still strikes me as odd is the lack of coordination of security efforts between the D.C. police, DHS, that remains unclear to me,” Jones said.

“You can see from the events of last week that the lack of coordination makes this all very difficult. Attackers can get through gaps when the coordination is unclear, and having the acting head of the DHS resign just before the whole thing doesn’t help with that.”

These lingering concerns – to say nothing of the pandemic that is on track to have claimed nearly 400,000 American lives by Inauguration Day – obviously put a damper on what is supposed to be the brightest day of an incoming president’s political life.