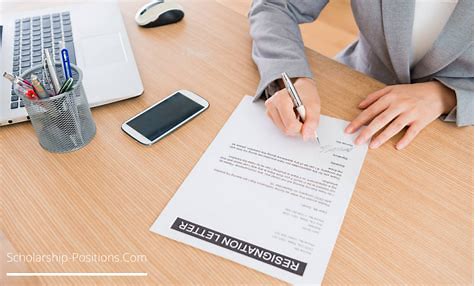 On March 4, Christopher Jackson tweeted that he was leaving the University of Manchester in the United Kingdom to work at Jacobs, a scientific-consulting firm with headquarters in Dallas, Texas, USA. Jackson, a prominent geoscientist, is part of a growing wave of researchers using the #leavingacademia hashtag when announcing their resignations from higher education.

Like many, his discontent festered in part owing to increasing teaching demands and pressure to win grants amid lip-service-level support during the Covid-19 pandemic. He is one of many academics who say the pandemic sparked a widespread re-evaluation of scientists’ careers and lifestyles.

“Universities, spun up to full speed, expected the same and more” from struggling staff members, he says, who are now reassessing where their values lie. The demands add to long-standing discontent among early-career researchers, who must work longer and harder to successfully compete for a declining number of tenure-track or permanent posts at universities.

Jackson had another reason. He received what was, in his opinion, a racially insensitive e-mail that constituted harassment and alluded to using social media to police staff opinions, which, he says, was the last straw.

Jackson filed a formal complaint and the University of Manchester responded: “The investigation has now concluded. We have made Professor Jackson aware of its findings as well as the recommendations and actions we will be taking forward as an institution.”

The level of unhappiness among academics was reflected in Nature’s 2021 annual careers survey. Mid-career researchers were consistently more dissatisfied than were either early- or late-career academics. In the United Kingdom, pension cuts have worsened ongoing university-faculty strikes.

Now, researchers in secure, long-term posts are quitting. “For mid-career individuals, it says something much more significant if they have got a mortgage, car and kids – and still are leaving,” Jackson adds.

Nature’s 2021 salary and satisfaction survey offered a snapshot of the working conditions and quality of life of researchers around the world. The survey drew responses from more than 1,200 researchers who identified as mid-career, a stage of scientific life that comes with particular challenges and uncertainties. Taken together, the results help to explain why many mid-career researchers are rethinking their paths.

Thirty-seven per cent of mid-career researchers were dissatisfied with their current position, a degree of dissatisfaction that set them apart from both early- (32 per cent) and late-career (32 per cent) researchers.

For mid-career scientists, uncertainly about the future looms larger: nearly one-quarter (24%) said they were extremely dissatisfied with their opportunities for career advancement. By comparison, 17% of early-career and 19% of late-career researchers had that level of doubt.

Forty-one per cent of mid-career researchers — compared with 32 per cent of early-career scientists — reported that organisational politics or bureaucracy frequently or always frustrated their efforts to do a good job, according to Research by Chris Woolston.

Karen Kelsky has watched conditions in academia deteriorate in the past 12 years since the cultural anthropologist left her post at the University of Illinois at Urbana-Champaign to become a career coach. Grievances include a lack of support, increased workloads, micromanagement, increasing right-wing hostility towards academics and salaries that have not kept up with cost of living, says Kelsky, who is based in Eugene, Oregon, and wrote the 2015 academic-career guide The Professor is In.

The Covid pandemic set the stage for a mass exodus. “Covid-19 is the straw that broke the camels’ backs,” she says.

In early 2021, Kelsky, seeing a dramatic shift in discontent, started The Professor is Out, a private Facebook group for higher-education professionals to share advice and support for those who are leaving academia. It has grown to more than 20,000 members in the past year.

“What’s wild is how many of them are tenured,” she says. “The overwhelming narrative is that people are happier once they leave academia.”