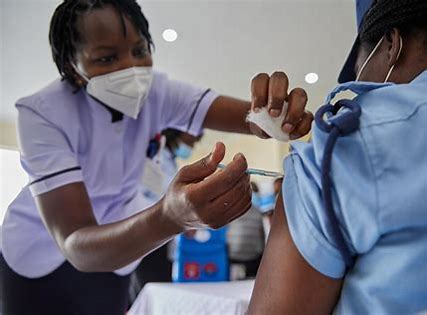 Vaccination against SARS-CoV-2 lowers the risk of long Covid after infection by only about 15 per cent, according to a study of more than 13 million people. That’s the largest cohort that has yet been used to examine how much vaccines protect against the condition, but it is unlikely to end the uncertainty.

Long Covid – illness that persists for weeks or months after infection with SARS-CoV-2 – as proved difficult to study, not least because the array of symptoms makes it hard to define. Even finding out how common it is has been challenging. Some studies have suggested that it occurs in as many as 30 per cent of people infected with the virus.

But a November study of about 4.5 million people treated at US Department of Veterans Affairs (VA) hospitals suggests that the number is seven per cent overall and lower than that for those who were not hospitalised.

Another mystery has been whether long Covid is less likely to occur after a breakthrough infection – one in a person who has been vaccinated. In a May 25 study in Nature Medicine, nephrologist Ziyad Al-Aly at VA Saint Louis Health Care System in St Louis, Missouri and his colleagues – the same team that authored the November study – looked at VA health records from January to December 2021, including those of about 34,000 vaccinated people who had breakthrough SARS-CoV-2 infections, 113,000 people who had been infected but not vaccinated and more than 13 million people who had not been infected.

The researchers found that vaccination seemed to reduce the likelihood of long Covid in people who had been infected by only about 15 per cent. That’s in contrast to previous, smaller studies, which have found much higher protection rates.

It’s also a departure from another large study, which analysed self-reported data from 1.2 million UK smartphone users and found that two doses of a Covid-19 vaccine halved the risk of long Covid.

“Those same fingerprints we see in people who have breakthrough infections,” Al-Aly says.

There have been more than 83 million Covid-19 infections in the United States alone, he notes. If even a small percentage of those turn into long Covid, “That’s a staggeringly high number of people affected by a disease that remains mysterious.”

The limited protection provided by vaccines means that withdrawing measures such as mask mandates and social-distancing restrictions might be putting more people at risk – particularly those with compromised immune systems.

“We’re literally solely reliant, now almost exclusively, on the vaccine to protect us and to protect the public,” says Al-Aly. “Now we’re saying it’s only going to protect you 15 per cent. You remain vulnerable, and extraordinarily so.”

“Generally speaking, this is horrifying,” says David Putrino, a physical therapist at Mount Sinai Health System in New York City who studies long Covid. He praises the study, which was difficult to perform because of the amount and quality of data, but adds that it is limited because it does not break the data down by key factors, such as the participants’ medical history.

“These are very important questions we need answers to,” Putrino says. “We don’t have any really well constructed studies just yet.”

Steven Deeks, an HIV researcher at the University of California, San Francisco, points out that the study includes no data from people infected during the period when the Omicron variant was causing the majority of infections. “We have no data on whether Omicron causes long Covid,” he says. The findings, he adds, “apply to a pandemic that has changed dramatically.”

However, Deeks adds, the results do point to the need for more research on long Covid and for accelerated development of therapies. “We don’t have a definition, we don’t have a biomarker, we don’t have an imaging test, a mechanism or a treatment,” he says. “We just have questions.”