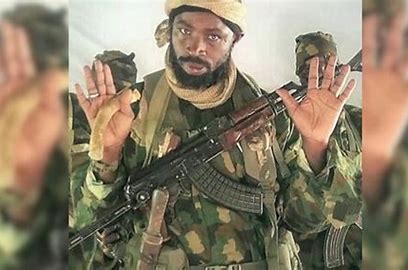 A surge of surrenders by Boko Haram jihadists in north-eastern Nigeria has turned the spotlight onto how the government deals with fighters who claim to have repented and are now – controversially – looking to be reintegrated into a society scarred by 12 years of war.

The New Humanitarian visited Muna Garage last week, a camp for some 40,000 people displaced by the conflict on the eastern edge of Maiduguri, the capital of Borno State, to ask residents how they felt about the return of the former mujahideen, and whether they could ever forgive them for the violence they had unleashed.

The surrender of the ex-jihadists has forced people in Muna to both confront the past and consider the future. The people have to choose between a demand for justice and accountability with a hope that the defections could signal a new, more optimistic phase in the long-running war.

“Any person that leaves Boko Haram and repents, we’ll be happy to have them back in the society,” said grandmother Falta Modu. “We’ll live with them, to have peace.”

Baa Wakil, formerly a wealthy farmer in a rural area 90 kilometres from Maiduguri, was more cautious. “We can live together in the camp, but not [when we return] in the village,” he said. “These are people that killed your parents, relatives and looted your property.”

Muna is like all the other displacement camps in the region – overcrowded, underserviced and grim. Squeezed onto a small patch of private land are former farmers, traders and professionals, forced to flee the years of Boko Haram attacks, and now dependent on the authorities and their humanitarian partners.

The toll of the conflict has been enormous. All told, it has driven more than two million civilians from their homes and killed at least 35,000 people – 350,000 if you include the victims of the wider humanitarian crisis – and this year it threatens 4.4 million people with severe hunger.

The likelihood is that the more than 3,000 ex-jihadists and their families who have so far surrendered to the army in north-eastern Nigeria and across the border in Cameroon will be demobilised and reintegrated after undergoing “deradicalisation”. Odds-on, they will sidestep accountability for crimes committed.

In Muna there was talk of forgiveness. Those opinions were cast either in religious terms, celebrating the value of mercy, or as a practical step to convince other jihadists in the bush to surrender and so end the war more quickly, the yearning of all in Muna.

Khadija Gambo, who came to Muna five years ago, said she could accept seeing the ex-insurgents return. “If the government can forgive them and let them live freely, we have no right to deny them, we have to live with them,” she reasoned.

Her sole condition was that they must have truly repented and live peacefully, “with no harassment” of other people.

Borno State Governor Babagana Zulum believes that demonstrating it is safe to return – that prison doesn’t await the former mujahideen – is an opportunity to attract yet more defections, and a smarter way to thin jihadist ranks than relying on the attrition of the battlefield.

“We are in a very difficult situation over the ongoing surrender by insurgents,” he told military and community leaders at the weekend. “We have to choose between an endless war or to cautiously accept the surrendered terrorists, which is really painful and difficult for anyone that has lost loved ones.”

Wakil’s village was occupied by Boko Haram in 2012 and still remains under their control. The jihadists forced the villagers into daily religious lectures, banned women from farming or leaving their homes, took whatever crops and livestock they wanted and flogged anyone that disobeyed – executing those caught trying to escape.

Modu Ari, who is from the same village as Wakil, was uncomfortable with the idea of living once more with men who had terrorised him and his family before they managed to slip away. “Seriously, it’s very difficult to forget what they did to us,” he said. “It’s very painful indeed.”

Despite the measured responses by the men and women in Muna, Musa Sumayin, who runs an NGO that helps IDPs access healthcare, said people there still had real concerns when speaking more privately.

“They are worried that [the ex-fighters] are doing a kind of trick, they’re pretending to repent,” he said.

They’re expected to be sent to an existing demobilisation programme known as Operation Safe Corridor (OSC), based in neighbouring Gombe State, and aimed at deradicalising low-risk former insurgents. But with most of the ex-combatants originally from Borno, the state is also lobbying the federal government to establish a new centre in Maiduguri.

Close to 900 former fighters have graduated from OSC, but their return to society hasn’t always gone smoothly – largely because of a lack of community consultation by the authorities to ease their re-entry. There have been reports that some have been unable to safely return to their former home towns and villages because the community has been unwilling to accept them.

An added irritant is that the men coming out of the Gombe facility received six months of skills training and psychosocial support, benefits that have not been extended to their war-affected victims.

“Just like the ex-fighters, Boko Haram’s victims should receive support to rebuild their lives and livelihoods,” wrote Bulama Bukarti, an analyst with the Tony Blair Institute for Global Change. Bukarti is calling for a “wider justice and reconciliation package – one that convinces, prepares, and equips communities” to receive former fighters.

The issue of “justice” cropped up repeatedly in Muna – and is keenly felt in the rest of Borno.

“The body language of the government is that these people should be forgiven,” said Hussaini Abdu, Nigeria director of the humanitarian NGO, Care International. “But there has to be accountability, people need to tell us what they did, why, and then apologise.”

“Just like the ex-fighters, Boko Haram’s victims should receive support to rebuild their lives and livelihoods.”

A range of traditional transitional justice mechanisms from oath-taking to self-exile could be applied, rather than relying on north-eastern Nigeria’s sclerosed and overburdened formal justice system.

“The problem with this country is that it never properly closes any of its embarrassing episodes,” said Abdu. “All we’re interested in is to end the crisis and then declare a blanket amnesty, only to be faced with the same problem some years later.”

The government and military have trumpeted the rash of Boko Haram surrenders as a victory, proof that the tide of the war is finally turning after a string of military reversals.

But analysts are quick to point out that most of the insurgents currently surrendering were loyal to deceased Boko Haram leader Abubakar Shekau, who died in May following an attack on his Sambisa Forest base in southern Borno by men of the breakaway Islamic State in West Africa Province (ISWAP) – his arch-rivals.

ISWAP gave Shekau’s commanders an ultimatum to join ISWAP or be hunted down. The remaining outpost of Shekau loyalists is on the remote Niger-Nigeria border in the far north – a hazardous journey for Boko Haram men in the Sambisa area, which left surrender as the only real option.

“They are not sincere; they [defected] to save their lives. They’ve had no [ideological] change of heart,” said Sumayin. “That’s what people in Muna really fear.”