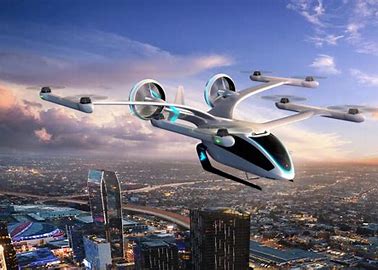 As business hub if the region, Nairobi which also hosts headquarters a number of international, has in the past two decades experienced a meteoric rise in traffic with the attendant effect being almost permanent gridlocks.

The introduction of flying taxis, the Business Daily reports, will be a timely intervention as the East African country takes another bold “step closer to Wakanda with this new item of Afrofuturist news.”

Kenya Airways has signed an agreement with Brazilian aircraft manufacturer Embraer to launch flying taxis in the capital city of Nairobi in a move aimed at spearheading this transport innovation in the market.

According to Business Daily, the vehicles are expected to cut travel time from Jomo Kenyatta International Airport to Nairobi’s city centre and the United Nations regional headquarters to just six minutes.

At present, it takes more than two hours – equivalent to flying time between Addis Ababa, Ethiopia, and Nairobi – to wriggle through traffic holdups to do the 20 kilometres.

Embraer signed a Memorandum of Understanding with Kenya Airways last month through the national carrier’s newly established subsidiary Fahari Aviation, for the establishment of the Brazilian company’s Electric Vertical Aircrafts (EVA). The implementation of the agreement becomes effective from 2025.

Embraer’s EVAs are capable of carrying a load of 250 kilogrammes (about two to three people at most, or less including luggage) at 400km per hour with an average range of 250 kilometres per flight. The aircraft are completely autonomous, not requiring any human pilots and capable of flight via automatic systems such as radar, lidar and 12 onboard camera sensors.

However, when they launch in 2025, Embraer says, there will be one pilot on board.

The vehicles are also completely electrical, which is a key in the deal that is anchored on the need to introduce zero-emission electric planes in the transport sector in Kenya. T

he flying taxis would also provide an alternative mode of transportation for passengers in a rush, so says Andre Stein, CEO of Embraer’s Urban Air Mobility Solutions unit.

At present, reports of outbound passengers missing flights as a result of getting stuck in traffic in Nairobi have become frequent. It is against this backdrop that the government and the national carrier are considering remodelling the Kenyan capital as a premier regional business hub through the envisaged ease of movement for the business community.

In addition, the partnership between Embraer and Fahari will establish “a foundation of concepts and procedures to safely scale EVA throughout the country in the coming years”, Stein says.

“We are thrilled to partner with Kenya Airways to provide new forms of air mobility throughout the region for both people and goods. The creation of disruptive and widely accessible Urban Air Mobility solutions will help democratise mobility by making it more accessible, affordable and giving communities more options,” continues Stein.

“With our aircraft and aerospace services backing and Kenya Airways’ innovative approach to air mobility, we are enthusiastic about opening this region to more sustainable and community-friendly air access for all.”

Allan Kilavuka, CEO of Kenya Airways, said that Fahari Aviation is at the very vanguard of exploring advanced technologies with a key focus on aviation, starting with drones.

“With this partnership, we look to develop innovative air mobility solutions for our clients in Kenya and throughout the region,” Kilavuka said.