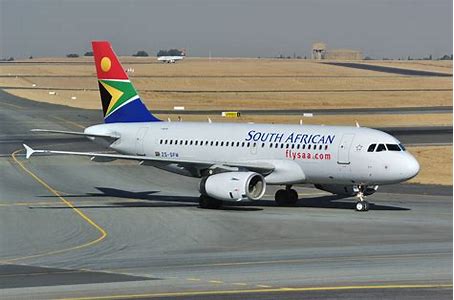 Kgokolo made the comments when he was addressing Parliament’s Portfolio Committee on Public Enterprises on the expected restart of the airline and on other matters concerning its subsidiaries.

SAA is expected to resume operations on the Johannesburg-Cape Town route and African destinations, Accra, Kinshasa, Harare, Lusaka and Maputo on September 23.

“When we decided on our restart, we did not thumb-suck this and we are not flying for the sake of flying. It is not an ego restart. It is something that we’ve thought about carefully within the constraints that we have and within what we see happening in the market.

“[Bringing the old SAA back] is not the intention. The intention is to bring a refreshed SAA, a new SAA. We are focused on customer excellence we are focused on some of the low hanging fruit…that we can utilise to get back to the market. While, in the background, we are looking at the bigger redesign of SAA,” Kgokolo said.

SAA has been grounded since March 22, 2020 and came out of business rescue at the end of April this year. The airline’s interim chief executive said they have embarked on careful fleet planning which bears in mind the uncertainty of the market brought on by the impact of Covid-19.

“In the short term we have brought the aircraft that will be operated on power by the hour…it means that as long as we are not flying, we are not paying for them. This is good in a period of uncertainty when we don’t know whether lockdowns will persist or not. It allows us to contain costs. In the long term, we want to get into a sustained fleet planning…so we’ll be looking at aircraft reconfiguration going forward,” he said.

Kgokolo told the committee that the chosen routes to restart SAA were thoroughly researched to determine viability.

“When we looked at our data…we found that the load factors in the regional routes is good and also the yields, meaning that the prices we get out of those particular routes [are] promising as well. Of course, this is not 100% risk free but it gives us an opportunity to test that particular market and also to protect our routes as well. In the medium to long term, we are going to redesign this particular route network,” he said.

According to the interim CEO, cost containment is high on the list of priorities for the airline.

“We are monitoring that quite closely where we are renegotiating some of the agreements especially in the IT space [and] with some of our suppliers as well because we need to continuously keep that cost base low in order to sustain what will be happening in the market,” he said.

He announced that they have considered SAA customers who had tickets before the airline was grounded and were not able to use them.

“When we were grounded, there were customers that still had tickets to fly with us and we believe that this is a good opportunity to partner with those customers as we start flying so that they can start redeeming their vouchers and start flying with us again so that we can then render that service to them again,” he said.

Kgokolo added that the airline is determined to rebuild customer trust with “a lot of work” still to be done in order to regain it.