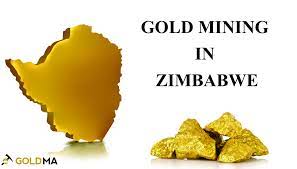 Th report falls short of calling Tagwirei, which been sanctioned by the United States, as a front for President Emmerson Mnangagwa in the shady illicit mineral exports.

In the report, the South African lawyer is said to have advised Tagwire and company to set up trust structures in Mauritius to own Sotic International so that “effective control of the shares is given to Mr Tagwirei.”

The report describes this group of lawyers and businessmen as people “who are seemingly happy to turn a blind eye to accusations of cronyism and corruption.”

Significantly (in terms of the current geopolitics of influence), the report documents Russian involvement in the business deals, as well as the role of the Zimbabwean military in what it calls “off-budget financing of Zimbabwe’s abusive and partisan military.”

The role of the military in Zimbabwe’s politics and economy is something that also comes out strongly in the ARC report.

The Sentry alleges that Tagwirei bought out the military’s 50 per cent share in a mining company in order to make it easier for the company, Great Dyke Investments, to attract foreign investments. It warns:

“If payments, which it considers could be as high as $220-million made by the company owned by Tagwirei, to Pen East Mining were retained by the Ministry of Defence, they raise the prospect of off-budget financing of the Zimbabwean military.”

Noting the role of the Zimbabwean military in violently suppressed demonstrations and keeping Zanu-PF in power, the report argues that parliamentary financial control of any national defence force is a prerequisite to ensure the “security sector cannot set and finance its own agenda. Off-budget revenue removes oversight over spending by Parliament and scrutiny bodies such as Zimbabwe’s auditor-general. It would be troubling if a prominent tycoon accused of corruption purchased a mining company from Zimbabwe’s military…”

However, they add that because of the opaqueness allowed by Zimbabwe’s company laws “there is no conclusive record of the sale price, the ultimate recipient of the payment or the use of the proceeds from the deal.”

The report ends with a series of detailed recommendations. It suggests that: “The operations of Tagwirei’s network are emblematic of larger, structural problems in Zimbabwe. A select group of politicians, the military and businesspeople dominate government decision-making with little oversight or scrutiny. Key information about public finances remains shrouded in secrecy. An environment of impunity prevails. Left unaddressed, these dynamics will likely become further entrenched.”

The Sentry calls for “a three-pronged response to these challenges.”

“Second, the loopholes and institutional deficiencies in Zimbabwe that create a permissive environment for corruption require urgent reform.

“Finally, governments and private sector actors in a position to act must take proactive steps to shut down or reduce corruption and illicit financial flows.”

Inside Zimbabwe, it recommends establishing “a commission of inquiry into allegations of “state capture” along the lines of South Africa’s Zondo Commission. Unfortunately, this worthy proposal seems highly unlikely whilst Zanu-PF retains its iron grip on power.