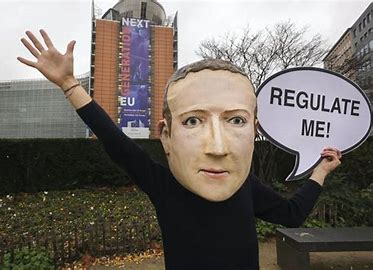 What if nothing works? What if, after years of scholarship and journalism exposing the dominance, abrogation, duplicity, arrogance and incompetence of Facebook, none of the policy tools we have come to rely on to rein in corporations make any difference at all?

We have to be prepared for just such an outcome.

On Tuesday a federal court tossed out federal and state cases against Facebook for violating US antitrust laws. The judge ruled that, because antitrust has precise definitions of concepts like “monopoly” and high burdens of proof for actions in restraint of fair competition, the governments had not come close to justifying why these cases should proceed now.

After all, the judge pointed out, the US government had raised no objections in 2012 when Facebook bought Instagram, or in 2014 when it bought WhatsApp. Why should the government swoop in to raise objections now? The judge was not wrong to rule that way. But we have been very wrong to allow our defences against corporate power to shrink over the past 40 years.

Within hours of that court decision, the total value of Facebook stock rose above 1 trillion dollars. It joined only Microsoft, Amazon, Apple and Alphabet (the company that owns Google) in reaching that valuation, making 17-year-old Facebook the youngest company to do so. And as it fast approaches 3 billion users worldwide, Facebook seems as unstoppable as it does unmanageable, at least in the short term.

Nothing before in human history – with the possible exception of Google – has reached into the lives of three billion humans who speak more than 100 languages. Facebook derives its power from that scale and the degree to which we depend on the Blue App, Instagram, and WhatsApp for our social interactions and virtual identities.

While its products have proven to be bad for democracy and other living things, they’re remarkably useful and justifiably popular. Facebook may be terrible for us in the aggregate, but it serves each of its nearly three billion users well enough individually that the vast majority are unlikely to walk away from it. At the same time, the US government, often charged with the task of protecting us from our own bad habits, doesn’t actually have a good set of tools to address the damage that Facebook (or Google, for that matter) does.

So what can we, as citizens, do? What should we demand from our governments?

There are currently three major areas of regulatory intervention in play: antitrust, content regulation, and data rights. For the most part, Facebook’s critics and those pushing for change have focused their attention on the first two.

But while those avenues should be studied, considered and pursued, neither is likely to solve our Facebook problem.

Antitrust is the angle that’s received the most attention recently, but we shouldn’t pin our hopes on it. This is not only because Republicans have spent 40 years gutting antitrust regulation to benefit their corporate patrons, and not only because an Obama-appointed federal judge tossed those cases out of court. Believing that competition could limit Facebook’s behaviour, alter its design or even stunt its growth demands a naive faith in markets and competition. Even in highly competitive markets like retail and groceries, big firms remain big. And big and small firms alike pollute, dodge taxes, exploit and mistreat labour, and distract people from civic and family commitments. That’s why we need other forms of regulation to impose costs or restrictions that can enrich our lives in ways that for-profit ventures cannot. Antitrust is at best a minor annoyance to companies and a minor boon to human beings.

Content regulation, meanwhile, is an even clumsier and less effective method of regulation. Many countries around the world explicitly ban Facebook, Google and other publishers from distributing content that governments consider noxious. Despite all the flowery words about free speech that flow from Mark Zuckerberg, he and his company have never really championed – or even understood – what it means.

Facebook was designed for beings that don’t hate, exploit, harass or terrorise each other – like golden retrievers.

Of course, such direct state censorship is not on the table in the US, Canada or other countries with long-standing liberal traditions. Another approach to content regulation in the US would be to limit the protection from liability that Facebook and other digital service providers currently enjoy for malicious content posted by users.

That legal immunity is provided by Section 230 of the Communications Decency Act and a number of critics have advocated changing it so that the platforms would be more concerned about the nasty things we post to and about one another.

Although some countries offer different forms of a liability shield, most of the world does not offer as broad a shield as Section 230 – and yet platforms continue to grow and thrive globally anyway. India, for instance, just abandoned its limited protection from liability, yet there is no sign – nor possibility – of Facebook abandoning its largest market and greatest source of growth.

In the US, the idea for providing this protection was actually that it would create a market incentive for platforms to keep themselves clean. That hasn’t exactly worked out as planned. Companies like Facebook and Google do lightly and inconsistently try to police the content on their platforms. But the scale and scope of those platforms undermine any effort to do so in ways subtle and effective enough to protect users.

Perhaps, then, you might assume that making these companies smaller would help. And that’s a reasonable assumption. Significantly smaller services like Reddit, with only about 430 million users, do a much better job these days (at least since 2020, when Reddit abandoned its naive commitment to radical free speech and encouraged strong community content-moderation techniques, banning some major subreddits that encouraged hatred). But it’s too late to reverse Facebook’s global reach. There is no way for one country’s policy to slow its growth.

In a post-truth world, synthetic media and photorealism are a boon to ‘fake news industry’