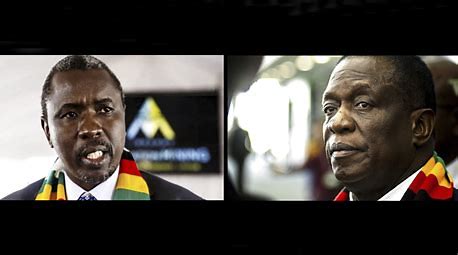 Reports on corruption and state capture in Zimbabwe are coming out thick and fast. In the latest instalment on governing Zanu-PF government, a new report released last week lays bare the burgeoning offshore business empire owned by Kudakwashe Tagwirei, who is rated as Zimbabwe’s richest businessperson and a close ally of President Emmerson Mnangagwa.

The report by The Sentry, an international investigate agency, says that in August 2020 Tagwirei was added to US sanctions list of prominent Zanu-PF-connected businessmen barred from travelling to America. The reasons given are – in part, that he “and other Zimbabwean elites have derailed economic development and harmed the Zimbabwean people through corruption.”

Tagwirei has not responded publicly to either report and has remained mute over local and international reports about his alleged excesses. Sanctions and bad publicity, however, do not seem to be holding him back. In a recent article the Bloomberg newspaper placed him at the heart of Kuvimba Mining House Ltd that has been implicated in a series of mining scandals that run into billions of dollars.

Kuvimba Mining House Ltd is a state-owned mining project that holds “some of the nation’s most valuable gold, platinum, chrome and nickel mines and whose revenue would be used to revive the country’s moribund economy.”

However, the new report by The Sentry digs much deeper.  Titled Shadows and Shell Games: Uncovering an Offshore Business Empire in Zimbabwe and looks in particular at business manoeuvres Tagwirei currently has in play, which ironically (given the sanctions he faces), tighten his hold on the Zimbabwean economy and increase his reach into countries in the region, including South Africa and Mauritius.

The Sentry is an organisation based in Washington, DC, that describes itself as “an investigative and policy team that follows the dirty money connected to African war criminals and transnational war profiteers and seeks to shut those benefiting from violence out of the international financial system.”

“Zimbabwe has long been victimised by networks rooted in Zanu-PF which have undermined the vast promise that the Zimbabwean people and natural resources possessed at independence. The Sentry seeks to contribute to ongoing efforts to disrupt those kleptocratic networks both inside and outside Zimbabwe, and support civil society and other reform efforts at state retrieval.”

JR Mailey, its investigations director says, “Whether it is Sudan, Congo, Zimbabwe or South Africa we see the role of offshore enablers – banks, lawyers, and company formation agents, again and again, enabling the looting of Africa’s resources by politically connected cronies. All of them – politicians, cronies and enablers – need to face accountability for what they are doing.”

The report seems to be based primarily on a trove of documents (including numerous emails) leaked by a whistleblower, Christopher Fourie. Fourie is a South African businessman and director of Sotic International whose relationship with Tagwirei and his business associates went sour.

It is backed up by South African court documents as well as extensive research and interviews. The Sentry report claims that almost all of those named in their report were asked for comment (we have verified this correspondence) but none responded substantively in the time afforded to them.

As in previous reports, it is becoming clear that elite corruption in Zimbabwe overlaps South Africa’s borders and that South African businessmen are alleged to be active participants in cartels that rob the Zim economy.

In this case, the report cites advice Tagwirei obtains from a law firm, but also draws attention to several South African businesspeople, alleging that:

“Possibly due to the accusations of corruption that damaged his reputation with banks and potential business partners, Tagwirei benefited from business partnerships with four South Africans – Jozef Behr, Christopher Fourie, Ronelle Sinclair and Christian Weber – from 2019, arranging for them to have prominent roles at Sotic, a move that effectively concealed his de facto control over the company. Fourie later became a Whistleblower.”

When asked if they were aware of The Sentry report, Brown, Behr, Sinclair and Weber did not respond. The report alleges that these four are at the heart of the “corporate labyrinth” and that they are all beholden to Tagwirei.

As an example, it replicates an email from May 2019 in which Tagwirei berates Behr, Fourie, Sinclair and Weber and then sets out their roles as well as his expectations of them. He tells them:

“We are about to make one of the biggest companies in southern Africa and here you are jostling and fighting. We have so much work ahead of us. Be patient all of you. There is enough work for all to go around. Stop fighting.”

In reply to the emails, it also claims that another well-known South African businessman, the former CEO of Impala Platinum, David Brown, “became chairman of Great Dyke Investments in late 2019 and, at Tagwirei’s request, became director of Sotic International in the spring of 2020.”

In response to a request for comment Brown denied any relationship with Tagwirei or any improper behaviour and suggested that any evidence of corruption be sent to the independent chair of the Kuvimba board. Brown said:

“… it is imperative that you look at matters pre-June 2020 and then post-June 2020. Since June 2020, the company has been managed within approved and appropriate frameworks and before one concludes I am saying that it was not well-run pre-June – I am not in a position to comment pre-June as it predates my real involvement.”

He claims that the allegations of corruption emanate from a “disgruntled employee” (Fourie) and that “apart from “hearsay” I have not seen any documentation that supports the claims regarding Mr Tagwirei’ s alleged ownership in said assets. My own interaction with Mr Tagwirei is very infrequent and, in fact, I have seen him once in the last seven months, so hardly ‘a business’ partner as you quote.”

Significantly last week, Brown announced that he is standing down from Kuvimba Mining House. Other media sources speculated about whether the decision may be linked to imminent exposes about his role and relationship with Tagwirei.

However, Brown’s response to our questions was categorical. He says “my role at Kuvimba was to develop the vision and strategic direction for the company, stabilisation of the production at the operations, put in place the growth options for the group for the next 24 months and, in addition, to set up the organisational infrastructure. This has largely been completed. The reason I include is again a supporting demonstration of not being a so-called ‘business partner’ but for my role of an (sic) employee.”