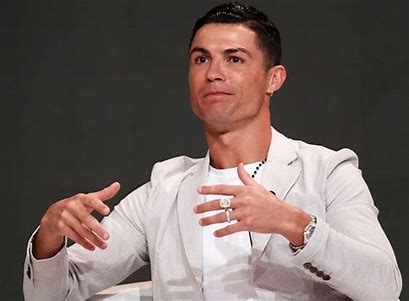 Cristiano Ronaldo has revealed that Sir Alex Ferguson was the “main key” behind his decision to re-join Manchester United.

The 36-year-old made a sensational return to the club on deadline day by signing a two-year deal at Old Trafford following three years with Juventus.

Ronaldo spent six years at Old Trafford under Ferguson before leaving for Real Madrid in 2009 but the pair have remained close and the Scot spoke to his former forward in the days before the Portuguese’s return to the Theatre of Dreams.

And Ronaldo admits that Ferguson was the main driver behind his decision, as he’s his “father in football.”

“As everybody knows, since I signed for Manchester [United] at 18, Sir Alex Ferguson was the key,” Ronaldo told MUTV.

“I remember when we played against Manchester when I was at Sporting Lisbon. For me, Sir Alex Ferguson is like a father in football for me. He helped me a lot, he taught me many things, and in my opinion of course he had a big role because the relationship that we had, we keep in touch all the time, and he’s an unbelievable person.

“I really like him a lot and he was the main key for me to be in the position that I am, that I signed for Manchester United.”

Ronaldo has signed an initial two-year deal at United but the club have the option of extending that by a further 12 months. That would take Ronaldo to his 39th birthday at Old Trafford.

United paid an initial £12.8 million for the Portugal captain but they could pay a further £4.9 million based on the forward’s time at the club.

Ronaldo hopes to make his second debut for the club on September 11, when Ole Gunnar Stolkjaerres side host Newcastle at Old Trafford.