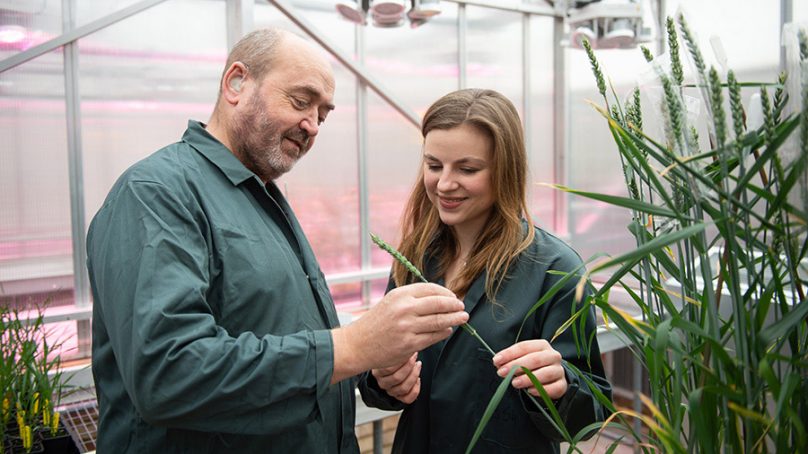 Scientists have been given the greenlight to grow the UK’s first field trial of gene-edited wheat.

According to Farmers Review, UK gave the go-ahead on August 24 following an application by Rothamsted Research, which announced that it had run a series of field trials that had consequently been approved by Defra.

The research firm said first field trials of CRISPR-edited wheat anywhere in the UK or Europe will be planted at the Hertfordshire-based research institute this autumn.

Researchers have used gene editing (GE) to develop a wheat with a reduced cancer-causing compound commonly found in toast.

The wheat has been edited to reduce levels of the naturally occurring amino acid, asparagine, which is converted to the carcinogenic processing contaminant, acrylamide, when bread is baked or toasted.

Acrylamide has been proven to cause cancer in rats and mice and it is a likely carcinogenic in humans, scientists say. The amount of acrylamide in bread is relatively low, but it increases many times over when bread is toasted.

The same applies to other foods that are affected, such as chips, crisps and roasted potatoes. During development in the lab, researchers “knocked out” the asparagine synthetase gene, TaASN2.

Asparagine concentrations in the grain of the edited plants were substantially reduced compared with unedited plants, with one line showing a more than 90 per cent reduction, according to project scientist Sarah Raffan.

“This new trial will now measure the amount of asparagine in the grain of the same wheat when grown in the field, and assess other aspects of the wheat’s performance, such as yield and protein content,” said Dr Raffan.

The plants to be used at the start of the trial all have one or two of the additional genes removed but retain at least one, so for now are genetically modified (GM).

The ability to screen more plants in the field trial will enable scientists to identify completely non-GM plants. By the third year of the trial, they expect the plants to be entirely GE but not GM.

“We believe that asparagine levels can be reduced substantially in wheat without compromising grain quality,” said Prof Halford.

“That is a long-term goal, however, and this project aims to assess the performance of the wheat plants in the field and measure the concentration of asparagine in the grain produced under field conditions.”

The plan is for a project of up to five years, ending in 2026, with plants being sown in September/October each year and harvested the following September. The area of the proposed trial will be just under 1,500 square metres, or less than one-sixth of a hectare or two-fifths of an acre.

Scientists say it will be a small-scale, highly controlled experiment that will be highly regulated and they don’t anticipate any impact on biodiversity.

Funding from the Biotechnology and Biological Sciences Research Council is in place for the first year, and additional support is being sought for the subsequent years.

At the Oxford Farming Conference in January this year, Defra secretary George Eustice launched a government consultation on the future of gene editing. The outcome is expected to be made available this autumn.

Outside of the EU, Mr Eustice said the UK was now free to make its own decisions based on the science, and he signalled plans to move away from EU restrictions that currently treat gene editing the same as genetic modification (GM).

Unlike GM, gene-edited organisms do not contain DNA from different species, Mr Eustice explained. They only involve changes that could have been made using traditional breeding methods.