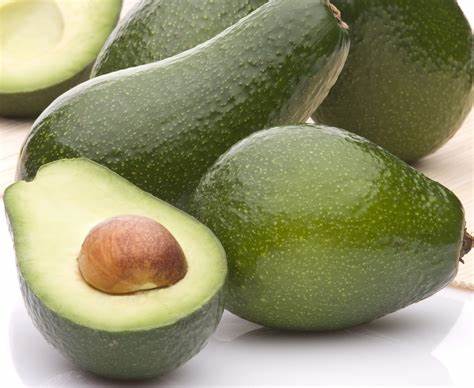 As Kenyan fruit farmers get ready to take advantage of the expanding avocado market in China and other Far East countries, the Global Initiative Against Organised Crime warns about the emergence of the crop as a target of the criminal underworld in eastern and southern Africa.

In the past six-month avocado exporting countries in the region have registered a spike in avocado and macadamia exports, with Global Initiative Against Organised Crime, an international non-governmental investigative agency, attributing it to recent lockdown the back of worldwide coronavirus outbreak.

The lockdowns played a role in restricting cross-border movement of criminal gangs in the region, it says.
The rapid growth of the industry, the agency adds, is already attracting the interest of international criminal gangs in Latin America that also control illicit drug trafficking, ivory and wildlife trophies as prospects of avocado production slipping into a multibillion-dollar criminal enterprise starts to look real.

According to the civil society that specialises in tracking illicit economies, the emergence of avocado black market has already fanned the growth of criminal gangs in southern African, with South Africa, Malawi, Zimbabwe and Mozambique already feeling the heat.

The Kenyan coast and central Kenya have for decades been main producers of macadamia that is mainly sold in the Middle East and the Far East. However, avocado, grown in most parts of the country was until recently grown for subsistence. It has become a commercial crop with global demand rising exponentially.

With the emergence of a huge markets in China and other Far East, the government has encouraged local farmers to the fruits for exports. Avocado, a tropical fruit, thrives in nearly all parts of Kenya except in arid and semi-arid regions where it can only be grown on irrigated farms.

“Macadamia theft is a phenomenon has become common in southern Africa to differing degrees of severity in Zimbabwe – where clashes between growers and thieves have turned to violence – South Africa, Mozambique and Malawi,” reports Global Initiative Against Organised Crimes in its October edition.

It adds, “Illegal, unreported and unregulated movement of avocado and macadamia is a complex issue, for which reliable data has long been largely unavailable. This month, we draw on data from the Global Initiative’s IUU Fishing Index to show the dynamics of government responses to avocado and macadamia across Eastern and Southern Africa.”
Data obtained from government demonstrates a rapid growth and demand for the fruits in foreign markets with The Netherlands, Spain, France and the Middle East being importers of avocadoes.

Kenya earned Ksh8 billion ($76 million) from avocado exports in the first half of this year, a record high compared to a similar period last year, as a result of Covid-19 pandemic.

The lockdown imposed by governments in the region resulted restricted cross-border movement of criminal gangs.
Data from the Avocado Society of Kenya and the horticulture directorate, total sales in the period almost topped the total quantity sold in 2019.

A survey done in 2018 puts Colombia, Morocco, Kenya and Germany as the fastest growing exporters of the fruit.
Underlying the increased exports of avocado is the coronavirus outbreak, which forced governments in to impose lockdowns that in turn restricted movements of criminals, says the Global Initiative Against Organised Crime.

October report by the Global Initiative Against Organised Crime says the lockdowns played a major role in clamping down on organised crime in the region and other parts of the world.

The organisation reports that “from trade in stolen agricultural produce to illegal fishing and ivory poaching… organised crime can have development impacts and undermine the management of natural resources, whether these are wild flora and fauna, such as elephant populations and fish stocks or agricultural crops.”

Globally, Latin America records the highest incidence of criminal gangs’ control on trade in avocado similar to drug gang wars experienced in Mexico, Brazil, Columbia, Venezuela and Honduras, among others.

“The high export numbers can also be attributed to an increase in avocado acreage and quality of the fruit being produced by our farmers. We are excited by the prospects of rising demand for the fruit,” Muthomi says.