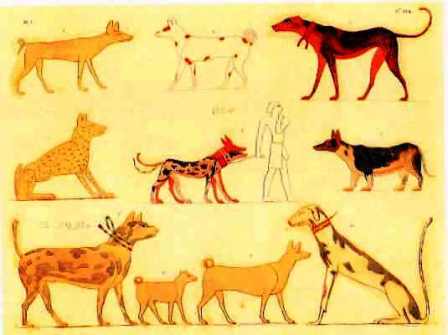 Human history is for the dogs. The largest-ever study of ancient genomes from the animals suggests that where people went, so did their four-legged friends — to a point. The research also identified major regional shifts in human ancestry that left little mark on dog populations, as well as times when dogs changed, but their masters didn’t.

The analysis of more than two dozen Eurasian dogs also suggests the animals were domesticated and became widespread around the world well before 11,000 years ago. But it does not make any claims as to when or where domestication from wolves happened, an issue that has vexed researchers and sparked sometimes heated debate.

“Dogs are a separate tracer dye for human history,” says Pontus Skoglund, a population geneticist at the Francis Crick Institute in London who co-led the study published on October 29in Science. “Sometimes human DNA might not show parts of prehistory that we can see with dog genomes.”

Until the past few years, canine genetic history has been told largely through DNA from modern dogs. But this has offered a muddled picture, because much of early dogs’ genetic diversity was probably lost when modern breeds were established.

The first studies of ancient dog genomes hinted at past changes in canine populations. But with just six ancient dog or wolf genomes available until now, such conclusions have been preliminary.

To expand the pool of ancient dog DNA, Skoglund’s lab joined groups led by Greger Larson, an evolutionary geneticist at the University of Oxford, UK, and archaeologist Ron Pinhasi at the University of Vienna. Together, the teams sequenced 27 ancient dog genomes. The samples came from Europe, the Middle East and Siberia, and ranged in age from 11,000 to 100 years old.

By modelling the relationships in and between groups of ancient and modern dogs, the researchers determined that a 10,900-year-old dog from Russia was distinct from later ancient European, Middle Eastern, Siberian or American dogs, as well as a canine lineage characterised by modern New Guinea singing dogs (which are related to Australian dingoes).

“Already, 11,000 years ago, there were at least five different groups of dogs across the world, so the origin of dogs must have been substantially earlier than that,” says Skoglund.

With so many genomes, the researchers could follow ancient canine populations as they moved and mixed, and compare these shifts with those in human populations. Sometimes, the dogs’ travels paralleled with people.

When Middle Eastern farmers started expanding into Europe 10,000 years ago, they took dogs with them, and the animals — like their masters — mixed with local populations. Ancient Middle Eastern dogs that lived around 7,000 years ago are linked to modern dogs in sub-Saharan Africa, which could be linked to ‘back to Africa’ human movements around that time.

But the histories of humans and dogs haven’t always overlapped. A major influx of people from the steppes of Russia and Ukraine 5,000 years ago led to lasting change in the genetic make-up of Europe’s humans, but not its dogs. The study also revealed that the ancestry of European dogs has become much less varied in the past 4,000 years, a period when thorough sampling of ancient human DNA has revealed less tumult.

The cause of this disconnect is a mystery, says Angela Perri, a zooarchaeologist at Durham University, UK.

“Was it a case of the introduction of something like disease? Cultural preference? Abandonment of the old for the new?” she wonders. “These are likely cultural questions the DNA can’t answer.”

Human movements and cultural preferences aren’t the only explanations for changes in dog ancestry, says Elinor Karlsson, an evolutionary geneticist at the University of Massachusetts Medical School in Worcester.

“Dogs probably started exploiting humans because they were a useful resource that helped them to survive,” she says. Dogs might have moved freely, following humans or moving between groups when it suited their interests.

Evolutionary biologist Robert Wayne at the University of California, Los Angeles, sees the large-scale analysis of ancient dog genomes as a major advance. Efforts to unequivocally determine the origins of domestic dogs will need to take the same approach, he adds. “It is just going to require an exhaustive sampling of wolves and dogs throughout the history of dog domestication.”

Without large numbers of even older dog and wolf genomes, “it’s really hard to know that initial conquering of the world”, says Skoglund.