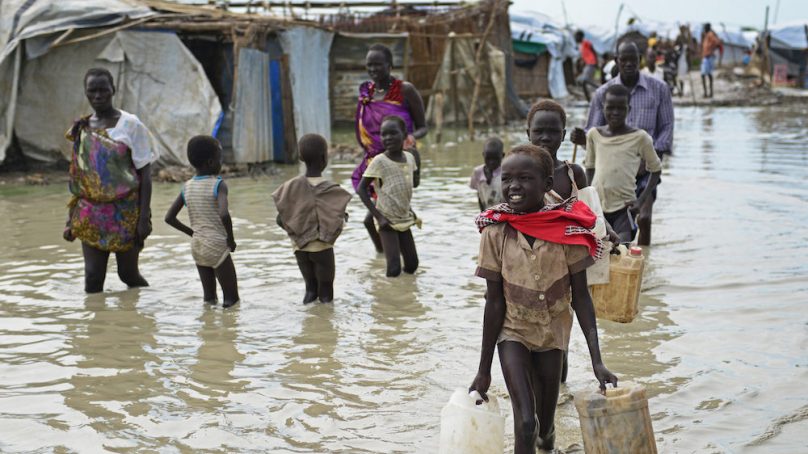 The African Development Bank Group has approved an emergency assistance relief package of $440,000 to fund ongoing humanitarian and emergency relief efforts in areas recently hit by floods in South Sudan and Sudan.
The package, from the bank’s special relief fund, will be split nearly equally between the two countries and will be used to purchase food items and water and to cover the implementation costs to be incurred by the United Nations Food and Agriculture Organisation (FAO).
The funding is part of a multinational emergency response to provide relief to flood victims in both countries, where torrential rains have caused rivers to overflow their dykes and banks, disrupting trade routes, damaging crops, killing livestock and submerging houses.
By the end of September, the food security technical secretariat reported that heavy rains and flooding had affected more than 860,000 people (over 480,000 of them children) in Sudan.
Over 125,000 refugees and internally displaced people are among those affected in that country since the start of the rainy season in July. The states most affected by floods are Khartoum, North Darfur, Blue Nile, West Darfur and Sennar. More than 100 people have reportedly died as a result of the flooding.
In South Sudan, the UN has estimated that more than $80 million is needed for the overall flood response, including $46 million for immediate assistance to 360,000 people until the end of the year. Vast areas of the country along the River Nile are now under water, affecting more than 600,000 people since July in Jonglei, Lakes, Unity, Upper Nile and Central and Western Equatoria. Entire communities have fled to higher ground to escape the rising waters.
African Development Bank Country Manager for South Sudan Benedict Kanu said more than 100 people died through the disaster in the country, with about 25,000 internally displaced.
“The situation is particularly critical given the COVID-19 preventive measures in place, insecurity in some of the affected states and the financial constraints faced by the government and humanitarian agencies, despite the growing needs of the flood-affected communities,” Kanu said.
The FAO, the implementing partner for the Bank’s emergency relief assistance operation, already has a well-established network and long-standing operational presence in both countries for food relief assistance.