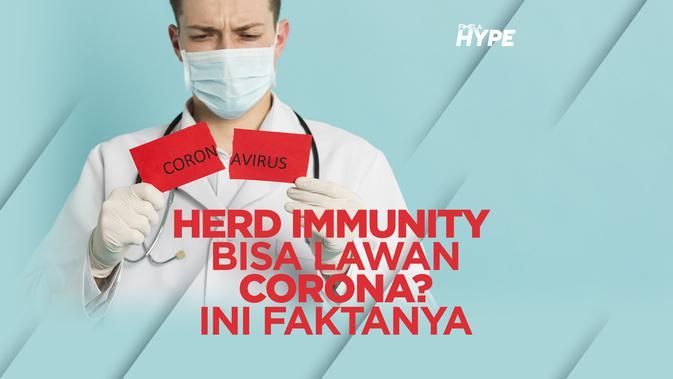 As Covid-19 vaccination rates pick up around the world, people have reasonably begun to ask: how much longer will this pandemic last? It’s an issue surrounded with uncertainties.

But the once-popular idea that enough people will eventually gain immunity to Covid-19 to block most transmission – a ‘herd-immunity threshold’ – is starting to look unlikely.

That threshold is generally achievable only with high vaccination rates, and many scientists had thought that once people started being immunised en masse, herd immunity would permit society to return to normal. Most estimates had placed the threshold at 60-70 per cent of the population gaining immunity, either through vaccinations or past exposure to the virus.

But as the pandemic enters its second year, the thinking has begun to shift. In February, independent data scientist Youyang Gu changed the name of his popular Covid-19 forecasting model from ‘Path to Herd Immunity’ to ‘Path to Normality’. Gu says reaching a herd-immunity threshold was looking unlikely because of factors such as vaccine hesitancy, the emergence of new variants and the delayed arrival of vaccinations for children.

Gu is a data scientist, but his thinking aligns with that of many in the epidemiology community. “We’re moving away from the idea that we’ll hit the herd-immunity threshold and then the pandemic will go away for good,” says epidemiologist Lauren Ancel Meyers, executive director of the University of Texas at Austin Covid-19 Modeling Consortium.

This shift reflects the complexities and challenges of the pandemic, and shouldn’t overshadow the fact that vaccination is helping.

“The vaccine will mean that the virus will start to dissipate on its own,” Meyers says. But as new variants arise and immunity from infections potentially wanes, “we may find ourselves months or a year down the road still battling the threat, and having to deal with future surges”.

Long-term prospects for the pandemic probably include Covid-19 becoming an endemic disease, much like influenza. But in the near term, scientists are contemplating a new normal that does not include herd immunity. Here are some of the reasons behind this mindset, and what they mean for the next year of the pandemic.

The key to herd immunity is that, even if a person becomes infected, there are too few susceptible hosts around to maintain transmission – those who have been vaccinated or have already had the infection cannot contract and spread the virus.

The Covid-19 vaccines developed by Moderna and Pfizer-BioNTech, for example, are extremely effective at preventing symptomatic disease, but it is still unclear whether they protect people from becoming infected, or from spreading the virus to others. That poses a problem for herd immunity.

“Herd immunity is only relevant if we have a transmission-blocking vaccine. If we don’t, then the only way to get herd immunity in the population is to give everyone the vaccine,” says Shweta Bansal, a mathematical biologist at Georgetown University in Washington DC.

Vaccine effectiveness for halting transmission needs to be “pretty darn high” for herd immunity to matter, she says, and at the moment, the data aren’t conclusive.

“The Moderna and Pfizer data look quite encouraging,” she says, but exactly how well these and other vaccines stop people from transmitting the virus will have big implications.

A vaccine’s ability to block transmission doesn’t need to be 100 per cent to make a difference. Even 70 per cent effectiveness would be “amazing”, says Samuel Scarpino, a network scientist who studies infectious diseases at Northeastern University in Boston, Massachusetts.

But there could still be a substantial amount of virus spread that would make it a lot harder to break transmission chains.

The speed and distribution of vaccine roll-outs matters for various reasons, says Matt Ferrari, an epidemiologist at Pennsylvania State University’s Center for Infectious Disease Dynamics in University Park. A perfectly coordinated global campaign could have wiped out COVID-19, he says, at least theoretically.

“It’s a technically feasible thing, but in reality, it’s very unlikely that we will achieve that on a global scale,” he says. There are huge variations in the efficiency of vaccine roll-outs between countries (see ‘Disparities in distribution’), and even within them.

Israel began vaccinating its citizens in December 2020 and thanks in part to a deal with Pfizer–BioNTech to share data in exchange for vaccine doses, it currently leads the world in terms of roll-out. Early in the campaign, health workers were vaccinating more than one per cent of Israel’s population every day, says Dvir Aran, a biomedical data scientist at the Technion – Israel Institute of Technology in Haifa.

As of mid-March, around 50 per cent of the country’s population has been fully vaccinated with the two doses required for protection. “Now the problem is that young people don’t want to get their shots,” Aran says, so local authorities are enticing them with things such as free pizza and beer.

Meanwhile, Israel’s neighbours Lebanon, Syria, Jordan and Egypt have yet to vaccinate even one per cent of their respective populations.

In most countries, vaccine distribution is stratified by age, with priority given to older people, who are at the highest risk of dying from Covid-19. When and whether there will be a vaccine approved for children, however, remains to be seen.

Pfizer-BioNTech and Moderna have now enrolled teens in clinical trials of their vaccines and the Oxford-AstraZeneca and Sinovac Biotech vaccines are being tested in children as young as three.

But results are still months away. If it’s not possible to vaccinate children, many more adults would need to be immunised to achieve herd immunity, Bansal says. (Those aged 16 and older can receive the Pfizer-BioNTech vaccine, but other vaccines are approved only for ages 18 and up.) In the United States, for example, 24 per cent of people are under 18 years old (according to 2010 census data).

If most under-18s can’t receive the vaccine, 100 per cent of over-18s will have to be vaccinated to reach 76 per cent immunity in the population.

Another important thing to consider, Bansal says, is the geographical structure of herd immunity. “No community is an island and the landscape of immunity that surrounds a community really matters,” she says. Covid-19 has occurred in clusters across the United States as a result of people’s behaviour or local policies.