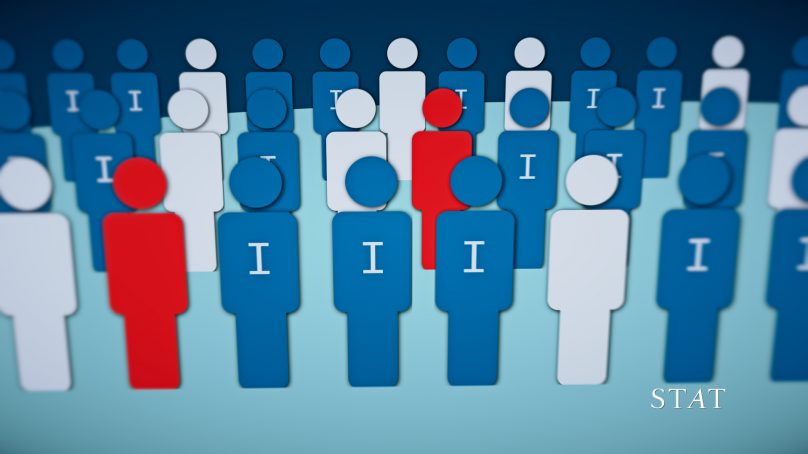 Previous vaccination efforts suggest that uptake of Covid-19 vaccine will tend to cluster geographically, herd immunity experts explain. In the past, localised resistance to measles vaccination, for example, resulted in small pockets of disease resurgence.

“Geographic clustering is going to make the path to herd immunity a lot less of a straight line, and essentially means we’ll be playing a game of whack-a-mole with Covid outbreaks,” says Bansal, a vaccination expert.

Even for a country with high vaccination rates, such as Israel, if surrounding countries haven’t done the same and populations are able to mix, the potential for new outbreaks remains.

Even as vaccine roll-out plans face distribution and allocation hurdles, new variants of coronavirus are sprouting up that might be more transmissible and resistant to vaccines.

“We’re in a race with the new variants,” says Sara Del Valle, a mathematical and computational epidemiologist at Los Alamos National Laboratory in New Mexico. The longer it takes to stem transmission of the virus, the more time these variants have to emerge and spread, she says.

What’s happening in Brazil offers a cautionary tale. Research published in Science suggests that the slowdown of Covid-19 in the city of Manaus between May and October might have been attributable to herd-immunity effects.

The area had been severely hit by the disease and immunologist Ester Sabino at the University of São Paulo, Brazil and her colleagues calculated that more than 60 per cent of the population had been infected by June 2020.

According to some estimates, which should have been enough to get the population to the herd-immunity threshold, but in January Manaus saw a huge resurgence in cases. This spike happened after the emergence of a new variant known as P.1, which suggests that previous infections did not confer broad protection to the virus.

“In January, 100 per cent of the cases in Manaus were caused by P.1,” Sabino says. Scarpino suspects that the 60 per cent figure might have been an overestimate. Even so, he says, “You still have resurgence in the face of a high level of immunity.”

There’s another problem to contend with as immunity grows in a population, Ferrari says. Higher rates of immunity can create selective pressure, which would favour variants that are able to infect people who have been immunised.

Vaccinating quickly and thoroughly can prevent a new variant from gaining a foothold. But again, the unevenness of vaccine roll-outs creates a challenge, Ferrari says. “You’ve got a fair bit of immunity, but you still have a fair bit of disease, and you’re stuck in the middle.”

Vaccines will almost inevitably create new evolutionary pressures that produce variants, which is a good reason to build infrastructure and processes to monitor for them, he adds.

Calculations for herd immunity consider two sources of individual immunity – vaccines and natural infection. People who have been infected with SARS-CoV-2 seem to develop some immunity to the virus, but how long that lasts remains a question, Bansal says. Given what’s known about other coronaviruses and the preliminary evidence for SARS-CoV-2, it seems that infection-associated immunity wanes over time, so that needs to be factored in to calculations.

“We’re still lacking conclusive data on waning immunity, but we do know it’s not zero and not 100,” Bansal says.

Modellers won’t be able to count everybody who’s been infected when calculating how close a population has come to the herd-immunity threshold. And they’ll have to account for the fact that the vaccines are not 100 per cent effective.

If infection-based immunity lasts only for something like months, that provides a tight deadline for delivering vaccines. It will also be important to understand how long vaccine-based immunity lasts, and whether boosters are necessary over time. For both these reasons, Covid-19 could become like the flu.

At current vaccination rates, Israel is closing in on the theoretical herd-immunity threshold, Aran says. The problem is that, as more people are vaccinated, they will increase their interactions, and that changes the herd-immunity equation, which relies in part on how many people are being exposed to the virus.

“The vaccine is not bulletproof,” he says. Imagine that a vaccine offers 90 per cent protection: “If before the vaccine you met at most one person, and now with vaccines you meet ten people, you’re back to square one.”

Meyers and others are trying to adjust their models on the fly to account for shifts in behaviours such as mask wearing and social distancing.

Non-pharmaceutical interventions will continue to play a crucial part in keeping cases down, Del Valle says. The whole point is to break the transmission path, she says, and limiting social contact and continuing protective behaviours such as masking can help to reduce the spread of new variants while vaccines are rolling out.

But it’s going to be hard to stop people reverting to pre-pandemic behaviour. Texas and some other US state governments are already lifting mask mandates, even though substantial proportions of their populations remain unprotected.

It’s frustrating to see people easing off these protective behaviours right now, Scarpino says, because continuing with measures that seem to be working, such as limiting indoor gatherings, could go a long way to helping end the pandemic.

To understand the additive effects of behaviour and immunity, consider that this flu season has been unusually mild. “Influenza is probably not less transmissible than Covid-19,” Scarpino says.

“Almost certainly, the reason why flu did not show up this year is because we typically have about 30 per cent of the population immune because they’ve been infected in previous years, and you get vaccination covering maybe another 30 per cent. So you’re probably sitting at 60 per cent or so immune.” Add mask wearing and social distancing, and “the flu just can’t make it,” Scarpino says.

This back-of-the-envelope calculation shows how behaviour can change the equation, and why more people would need to be immunized to attain herd immunity as people stop practising behaviours such as social distancing.

Ending transmission of the virus is one way to return to normal. But another could be preventing severe disease and death, says Stefan Flasche, a vaccine epidemiologist at the London School of Hygiene and Tropical Medicine.

Given what is known about Covid-19 so far, “reaching herd immunity through vaccines alone is going to be rather unlikely,” he says. It’s time for more realistic expectations. The vaccine is “an absolutely astonishing development,” but it’s unlikely to completely halt the spread, so we need to think of how we can live with the virus, Flasche says.

This isn’t as grim as it might sound. Even without herd immunity, the ability to vaccinate vulnerable people seems to be reducing hospitalisations and deaths from Covid-19. The disease might not disappear any time soon, but its prominence is likely to wane.