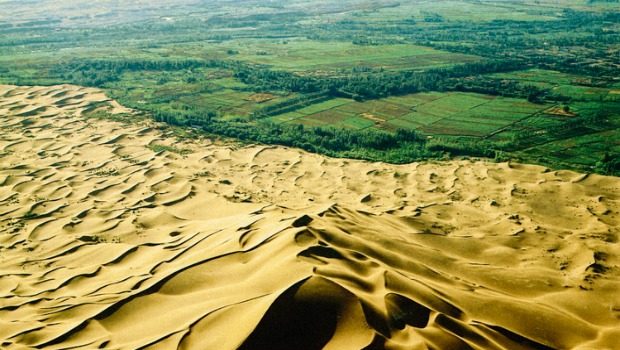 Ongoing research shows that most deforestation is man-made and that an effective global policy response is needed to address the disappearance of the world’s forests.

The main problem is that there are currently too many uncoordinated regulatory processes that are creating trade-offs, conflicts, leakage effects and loopholes resulting in complexity and largely ineffective responses to halt global deforestation.

Speaking at a virtual press conference ahead of the March 21 International Day of Forests 2021 and the UN Decade on Ecosystem Restoration 2021-2030, panellists drawn from organisations and civil society highlighted the threats posed by global deforestation, weak regulation and the benefits of green urban infrastructure.

The experts pointed out that public and private International Forest Governance and Policy Arrangements are not integrated into each other and they still do not effectively address the main drivers of deforestation such as forest risk agricultural commodities.

“They also let policy and market leakage effects compromise all regulatory efforts developed and implemented so far. As a result, they do not do much to address the underlying drivers and issues of deforestation,” points out Dr Metodi Sotirov, the deputy coordinator at the International Union of Forest Research Organisations (IUFRO) and associate professor in Forest and Environmental Policy at the University of Freiburg, Germany.

Prof Sotirov adds, “If seriously coordinated and implemented across all exporting regions – mainly Brazil, Central Africa, South East Asia – as well as the consuming regions Australia, Europe, Japan and North America, and, very important, middlemen regions such as China, Vietnam and some others. Problems of deforestation could be effectively tackled if action is taken. This needs to apply across all supply chains in agriculture, forestry, bioenergy and mining.”

In order to work, these efforts – and an effective regulatory framework – need to be global; emerging zero deforestation regulation in some countries or regional blocks, such as in the European Union and some of its Member States, is a promising policy choice.

It may however be too little if not upscaled and replicated at the global level or it may even be counterproductive because it will divert the flows of forest risk commodities to less regulated markets and not be able to address the issues at the global level,” Prof Sotirov explains.

“Protecting the world’s dwindling forests is critical for humanity’s survival, as well as the planet’s. It’s essential that the EU, as a major importer of agricultural products grown or reared on land that was once forests, acts. It should do so by-passing strong regulations and complementary measures, ensuring that EU citizens aren’t complicit in driving deforestation through their consumption choices.”

A further topic during Thursday (March 18) online press conference was the need for green infrastructure, nature-based solutions, and the overall importance of forests in and around cities as well as globally, in particular for the continuously increasing number of urban residents.

Head of Sustainable Urban Development Unit at Organisation for Economic Cooperation and Development (OECD) Tadashi Matsumoto laid emphasis on the importance of seeking ‘synergies’ between development and environment. Matsumoto is of the opinion that they are not a trade-off.

“Investment in green urban infrastructure would deliver remarkable health and wellbeing benefits, as well as a number of jobs, in addition to increasing climate resilience in cities,” he explained.

However, the data available is not always recognised by urban policymakers and we should provide more evidence to support urban leaders in their decision making.

National governments have a key role in giving priority to green policies within urban policy and aligning policies at the metropolitan and cross-sectoral scales for coherent and inclusive policies.

An overall message is that humanity should not miss the ‘building-back-greener’ opportunity the Covid-19 recovery presents, the panellists said.