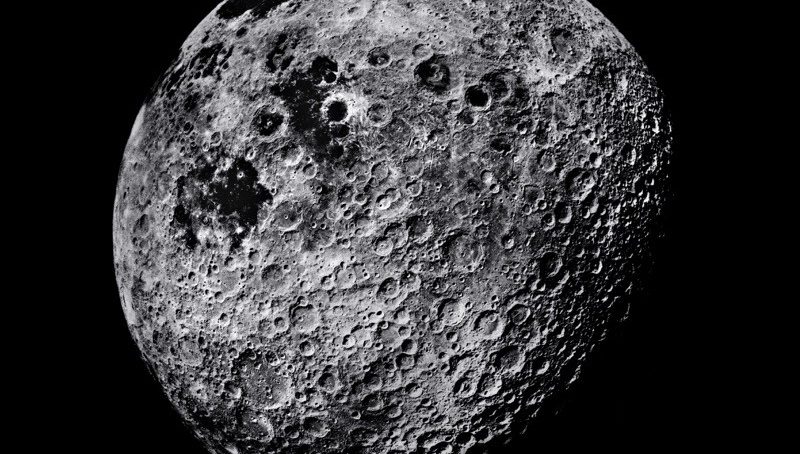 Later this November, a Chinese spacecraft will travel to the Moon to scoop up lunar rocks for the first time in more than 40 years. The mission, named Chang’e-5, is the latest in a series of increasingly complex trips to the lunar surface led by the China National Space Administration (CNSA), following its first touchdown of a craft, Chang’e-4, on the Moon’s far side last year.
“To take it to the next level and return samples from the Moon is a significant technological capability,” says Carolyn van der Bogert, a planetary geologist at the University of Münster, Germany.
The craft is expected to take off on November 24 from the Wenchang Satellite Launch Centre on Hainan Island. Its original launch, planned for 2017, was delayed because of an engine failure in China’s Long March 5 launch rocket.
Chang’e-5’s mission is to collect dust and debris from a previously unexplored region of the Moon’s near side and return them to Earth. If the mission is successful, it will retrieve the first lunar material since the US and Soviet missions in the 1960s and 1970s.
Lunar scientists will be eager to study the new samples because of what they might learn about the Moon’s evolution. The material could also help researchers more accurately date the surfaces of planets such as Mars and Mercury.
“The landing site was extremely wisely picked,” says Harald Hiesinger, a geologist also at the University of Münster.
Chang’e-5 includes a lander, ascender, orbiter and returner. After the spacecraft enters the Moon’s orbit, the lander-and-ascender pair will split off and descend close to Mons Rümker, a 1,300-metre-high volcanic complex in the northern region of Oceanus Procellarum — the vast, dark lava plains visible from Earth.
Once the craft has touched down, it will drill up to two metres into the ground and extend a robotic arm to scoop up about two kilogrammes of surface material. The material will be stored in the ascender for lift-off.
The descent and ascent will take place over one lunar day, which is equivalent to around 14 Earth days, to avoid the extreme overnight temperatures that could damage electronics, says Clive Neal, a geoscientist at the University of Notre Dame in Indiana.
The mission is technically challenging, and many things could go wrong, says Neal. The lander could crash-land or topple over, and the samples could escape from their canister along the way. “We all hope that it works,” he says.
Once the ascender is back in lunar orbit, the samples will be transferred to the returner. This in-flight rendezvous will be complex and “a good rehearsal for future human exploration”, says James Carpenter, a research coordinator for human and robotic exploration at the European Space Agency in Noordwijk, the Netherlands. China plans to send people to the Moon from around 2030.
The Chang’e-5 spacecraft will then journey back to Earth, with the lander parachuting toward Siziwang Banner in Inner Mongolia, northern China, probably sometime in early December.
Most of the lunar samples will be stored at the Chinese Academy of Sciences National Astronomical Observatory of China (NAOC) in Beijing, says Li Chunlai, deputy chief designer for the Chang’e-5 mission. Some material will be stored at a separate site, safe from natural hazards, and some will be set aside for public display, says Li.
But it is not clear whether samples will leave the country. The CNSA supports international collaboration and giving researchers outside China access to the samples if they work with Chinese scientists, says Xiao Long, a planetary geologist at the China University of Geosciences in Wuhan, who was involved in selecting the landing site.
Hiesinger hopes that access to the samples will be similar to how researchers access rocks collected by the US Apollo missions — by submitting a proposal to NASA on how they plan to use them.
But Xiao points out that scientists at Chinese institutions cannot access Apollo samples because the US government restricts NASA from collaborating directly with China.
The Chang’e-5 samples could fill an important gap in scientists’ understanding of the Moon’s volcanic activity. Rocks obtained by previous US and Soviet lunar missions suggest that activity on the Moon peaked 3.5 billion years ago, then fizzled and stopped.
But observations of the lunar surface have uncovered regions that could contain volcanic lava formed as recently as 1–2 billion years ago.
If Chang’e-5’s samples confirm that the Moon was still active during this time, “we will rewrite the history of the Moon”, says Xiao.
Studying the rocks’ composition could also clarify what fuelled this thermal activity for so long. “The Moon is small, so its heat engine should have run out a long time ago,” says Neal.
The Moon is also an important reference for dating other planets, based on the method of counting craters. The general rule is that older regions have more and larger craters, whereas younger regions have fewer and smaller ones.
These relative ages are then given absolute dates using samples from the Moon. But no samples exist for the period between 850 million years and 3.2 billion years ago. Chang’e-5 could fill that gap. “The Moon is the only place where we have samples that we know exactly where they came from,” says van der Bogert.