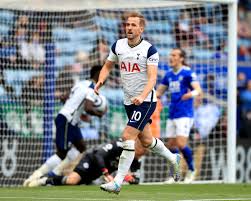 Th sources did not give a hint to of the said top striker, but since Chelsea won the Champion League, Borussia Dortmund’s Erling Haaland and Tottenham Hotspur’s Harry Kane have featured on the Blues’ top priority list.

Chelsea ripped up the script that says managers need time when lifting the Champions League despite a mid-season managerial change. In fact, it was the second time that scenario had occurred for the Blues after Roberto Di Matteo oversaw their first European Cup in 2012 after taking the reins from Andre Villas-Boas.

What made Chelsea’s success last year all the more impressive was their relative lack of return from their recognised strikers.

Tammy Abraham and Timo Werner joint-top scored across all competitions. Though the total they managed was a modest 12 strikes.

As such, Chelsea have been well documented to be on the hunt for a world class striker. Erling Haaland continues to be on the club’s radar. Though with Dortmund recently agreeing to sell Jadon Sancho to Man Utd, they will be doubly determined to retain their Norwegian ace.

Nevertheless, the Blues’ forward line has been given a boost after news emerged of a new long-term deal for Armando Broja. The English-born Albania international, 19, set pulses racing with a double figure goals haul while on loan with Vitesse Arnhem last season.

According to both the Athletic and Fabrizio Romano, his efforts have been rewarded with a new five-year deal. Romano stated an ‘official announcement’ is expected ‘soon.’

The Athletic claim Broja is “highly rated’ by Tuchel and could be given a chance to impress in the first team this year.

Of course, the option of another loan exit remains a possibility. But with Olivier Giroud bound for AC Milan and speculation over Abraham’s future continuing to swirl, Chelsea fans may be seeing a lot more of Broja next season than they might have thought.

Meanwhile, Manchester United face the threat of missing out on the signing of Raphael Varane after Chelsea reportedly made a late attempt to hijack the deal from under their noses.

Multiple reports from Spain insisted Man Utd’s move for the centre back was progressing well.

However, all might not be as it seems. Chelsea is now ready to gate-crash the deal and launch a counter bid of their own. That’s according to Marca, who state Tuchel’s side have registered their interest late in the day and plan to hijack the Red Devils’ deal.

There is no hint that though whether their late interest will sway Varane to ditch Old Trafford for Stamford Bridge. Indeed, they report Varane is still expected to opt for a move to Manchester United over Chelsea.

However, Tuchel remains intent on bringing a centre-back to Stamford Bridge this summer. The likes of Jules Kounde and Edmond Tapsoba have been mentioned as targets.