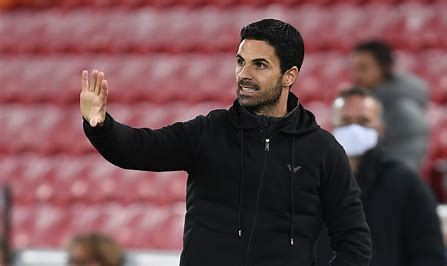 Mikel Arteta is expecting “some new faces” to join Arsenal when they take part in the Florida Cup, with the Gunners closing in on top transfer targets such as Brighton defender Ben White and midfielder Albert Sambi Lokonga already in London awaiting a medical.

It is confirmed that a £50 million ($69 million) fee has been agreed with the Seagulls for an England international.

The Gunners are also said to be looking for the signatures of Chelsea striker Tammy Abraham and Sassuolo striker Mauel Locatelli and a goalkeeper..

Other recruits are also being chased down, with Nuno Tavares already on board, and the expectation is that deals will be done while the Premier League heavyweights are in America.

On the back of a 2-2 friendly draw with Scottish champions Rangers at Ibrox, Arteta told Arsenal Media of his immediate plans: “Now a little bit of recovery.

“We trained really hard, played two games and now we’re going to be travelling to America in the next week. We didn’t have any injuries which is really positive in the first week. We’re going to have some new faces arriving probably, so very positive.”

The question on the minds of Arsenal supporters is if their club is heading in the right direction. Tavarez, who has joined Arsenal from Benfica in an £8 million ($11 million), caught the eye on debut against Rangers – with the 21-year-old Portuguese defender getting on the scoresheet alongside Eddie Nketiah.

Arteta is looking to take positives from that display, which came on the back of a 2-1 defeat to Hibernian, but admits that his team still need to be more clinical.

He observed, “It’s been really good. We created so many chances but we are not converting enough. Today we should’ve scored many more goals and with the quality of the players we have upfront, they have to demand much more of themselves. But at least we are getting there, the process is becoming much clearer, much better. Without the ball as well, we worked really hard and were really efficient. We won a lot of balls in the final third so there are a lot of positives to take.”

According to the Spaniard, “Overall I’m really pleased with the performance. I think we dominated the game, we created so many chances – I counted about eight or 10 clear chances to score – but this game is decided in both boxes. We weren’t clinical in the opponent’s box and we conceded two goals from two corners, which were the only chances they had apart from the counter-attack from our own corner.”

H went to assure club faithful that the performance was an improvement from the first pre-season match.

“It’s much better from the other day and you can tell that physically we were already better in the second game, the organisation was better, individually they played better, but I really liked the collective understanding of the game and how we executed a lot of things we’ve been working on in the training,” he explained.

Arsenal are set to face Inter Milan in the semi-finals of the Florida Cup on July 25 as they continue their countdown to a 2021-22 Premier League season opener against newly-promoted Brentford on August 13.