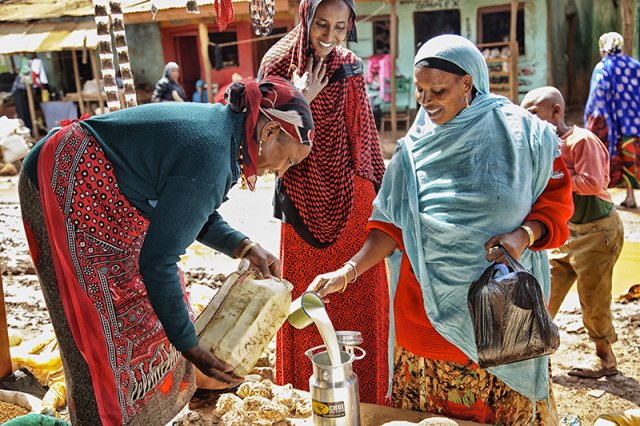 A basic-income experiment carried out by Finland in 2017-18 found that recipients felt more economically secure than a control group. Scores for days of employment, life satisfaction and self-reported depression were also slightly better for recipients than for controls.

Since 2017, Niehaus has been part of a team of researchers trying to answer such questions with the largest and longest trial of the basic-income idea yet.

He and his colleagues are already analysing some of the interim results, says Paul Niehaus, an economist at the University of California, San Diego, and a co-author of the 2019 review. When the Covid-19 pandemic hit, for example, they found that basic-income recipients generally experienced less hunger than control-group members, and had less sickness in their households.

Niehaus and his group are also planning their post-pandemic return to the field: “A key point here is that we care about the impacts on behaviour now of expecting to receive transfers in the future,” he points out, “so we don’t need to wait 12 years to learn about some of the most important questions.”

Even when those answers are in, however, that still leaves a host of questions that data alone can’t satisfy. How would a basic income programme be funded, for example? Would it be universal, going to everyone, or targeted at the neediest? Would it supplement existing anti-poverty programmes, or replace them?

And even if you somehow reached enough consensus on those questions to get a basic income enacted, that still wouldn’t be enough.

“Poverty isn’t just about the lack of money, it’s about the lack of opportunity,” says Carrie Cihak, who is both a research affiliate at the Center for Advanced Study in the Behavioural Sciences at Stanford University, and policy director for King County Metro, the public transit agency for a swath of Washington state that stretches from Seattle and its suburbs to the Cascade Range.

The District of Columbia’s Form-a-Palooza event in 2017 brought together residents, behavioural scientists and agency officials to redesign the city’s paperwork. The new forms then underwent extensive testing with real-world users, with the goal of minimising the barriers applicants face in gaining access to services.

Those opportunity shortfalls comprise a very long list of barriers that include lack of access to childcare, health care, good food, decent housing and quality education; mental health and addiction issues; the impact of an arrest record on job prospects — and yes, the legacy of past and present racism.

But a particularly frequent pain point is transportation, says Cihak, which is why her agency is interested: “Human service agencies are constantly scraping and scrambling to figure out ways to get their clients to something,” from court appointments to health visits to a community college class to the kids’ drop-off at preschool. “It is a constant struggle for people,” she says.

Obviously, says Cihak, governments at every level are already trying to address all these barriers with any number of social support programmes, from transit subsidies to job training initiatives. And, as documented in an extensive database of studies maintained by the advocacy group Results for America, evidence-minded researchers and agencies are evaluating such programs as fast as they can.

Yet the systemic-barrier problem remains a research frontier for the evidence-based policy movement, says Cihak. It’s like the difference between testing a new drug and reforming the healthcare industry: Randomised controlled trials and all the rest are great at evaluating the effect of specific interventions on specific populations under specific conditions – but not for fixing issues that are so interlinked and intertwined that they can’t be solved in isolation.

For problems like this, says Cihak, “evidence-building takes time. It isn’t about one study but is a continuous learning process” – something that’s always been tough for social service agencies constrained by funding, pressure to get services out the door quickly and institutional rules and practices that may not always serve the people they’re trying to help.

Again, though, the good news is that these agencies seem to be undergoing a noticeable culture change. Thanks in part to the evidence-based policy movement, says Jake Bowers, a political scientist at the University of Illinois who co-authored an assessment of the movement in the 2019 Annual Review of Political Science, “a growing number of people who are in charge of providing services from different governments are willing to try out new ideas.”

They are also approaching the social service development process with a new kind of humility, says Bowers: Instead of developing an anti-poverty programme in isolation and trying to sell it as something that is absolutely, definitely, guaranteed to work, they’ve begun to treat the process as a chance for testing, being wrong and learning.

There are even signs of change in the political sphere. “The hope is that good science doesn’t just produce good policy, it produces good politics,” says Paul Testa, a Brown University political scientist and Bowers’s co-author. So even when competing sides violently disagree on principle, he says, “if they could agree on a process to generate evidence of what works best, that would help reach consensus.”

Granted, that seems like a pretty big “if” these days. But maybe not. The aforementioned Evidence Act of 2018 managed to sail unscathed through a Congress mired in bitter partisan gridlock, after all. It passed both houses with near-unanimous bipartisan support. And it was signed into law without a murmur by President Donald Trump.

“There’s understandably a lot of cynicism out there about how policy is made,” says Richard Hendra, data chief for MDRC, a non-profit that’s been doing evidence-based policy research since its founding in 1974 as the Manpower Demonstration Research Corporation. But after working with both parties, he says, “I’ve been impressed how much people do listen to evidence.”

Afropessimism: There are undergraduates who feel nothing ‘is going to stop these cops from killing us’