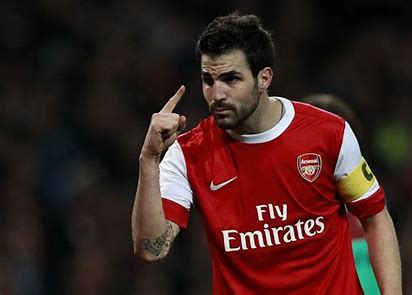 Former Arsenal and Chelsea midfielder Cesc Fabregas has revealed his next move when he eventually hangs up his boots. However, he is unsure when he plans to call time on his professional career as he gets ready to start his 19th season in topflight football.

The 34-year-old, now at Ligue One side AS Monaco, says his contract at Stade Louis II expires at the end of the 2021-22 campaign. He has not made it clear if he intends to continue playing after that, but it may as well be Fabregas’ final season as a player. It is not, therefore, surprising that his thoughts have drifted towards the next challenge.

However, it is not unusual to find footballers still active in mid and advanced 30s, with the likes of Chelsea’s Olivier Giroud (36), Barcelona’s Lionel Messi (33), Juventus Christiano Ronaldo (35) and many others looking for fresh challenges as professional footballers.

Fabregas played under the likes of Arsene Wenger, Pep Guardiola and Jose Mourinho. The Spaniard says he would be keen to test himself as a manager after hanging up his boots. He is following in the footsteps of his former team-mates at Arsenal and Chelsea, who went into management and have had varying levels successes.

Former Arsenal captain Patrick Vieira was last week appointed manager of premier league side league side Crystal Palace, while his former teammate and friend Thierry Henry manages Montreal Impact in Canada, former Chelsea FC captain Frank Lampard took over the management of the team after the ouster of Mourihno, while current Arsenal manager Mikel Arteta was his contemporary at the Emirates under manager Arsene Wenger.

“It’s something that’s been inside me for a long time, it’s something I’d like to try,” he told talkSPORT. “People tell me I’m crazy because after a long career and so much pressure, going into management is maybe even more pressure! It’s something that I like, I want to give it a go. I’m learning, studying, listening from a lot of different people and in football you always keep learning every day so I’m happy about this.”

Despite announcing his intention to go into management later in his career, it would appear Fabregas has already planned his first signing if, or when, he lands a job. Asked which player he would target if he were a manager, Fabregas picked a player that fans of any club in the world would love to sign.

He told Spanish radio station Cadena Cope last year, “Cristiano is 35 and Leo is going to turn 33, they are older. For youth, talent, desire and mentality, I would sign Mbappe. The thought of having him for ten years upfront for my team, I would go for him. Then there are players like Neymar and [Erling] Haaland, but due to his goal getting and his speed, Mbappe reminds me of Thierry Henry.”

“I saw him from behind and it was a delight when you gave him a long pass into space.!”

Arsenal were heavily linked with Mbappe before he moved to Paris Saint-Germain and the future of the World Cup winner continues to attract speculation, with Real Madrid holding long-term interest. Mbappe has in the past attracted interest from other English Premier League top clubs – Manchester United, Manchester City and Chelsea.

Meanwhile, Chelsea’s appointment of Thomas Tuchel in January has naturally led to rumours of a reunion with the Frenchman at Stamford Bridge.

But if Fabregas was to get into management and is lucky enough to take charge at one of his former clubs, it’s clear Mbappe will be his number one transfer priority.

It’s crystal-clear, new manager Patrick Viera has to make the gods of football at Palace happy