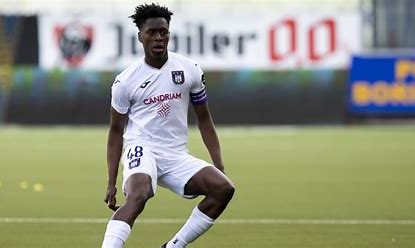 However, as of Tuesday, there were indications the club will seal the transfers of two defenders and midfielder before the close of the second week of June.

According to Sky Sports and Arsenal website, the prospects of the Gunners landing White from Brighton Albion were thrown into doubt following aggressive interest from Everton and Manchester City, who are said to be ready to cough up to $70 million to buy the England international.

Already the London club are reported to have made inquiries about the availability of Edmond Tapsoba of Bayer Leverkusen in the transfer market as the London club struggles to complete the transfer of White. Initial reports indicated the Bundesliga club declined to entertain the Gunners’ offer of $23.5 million, as it is unwilling to sell the Tapsoba, who has just completed his maiden season in the German league. He was acquired last year from Vitoria Guimaraes. His stock has risen meteorically and the likes of RB Leipzig and Bayern Munich are said to be showing interest in him too.

Sky Sports says the Gunners have already opened talks with his current club and they are hopeful of completing the transfer in the coming days.

“Because he has a long-term contract with them until 2026, Arsenal knows he would cost a decent amount of money and the report claims they have been told to pay $47.4 million,” it says.

That is over $25 million less than what Brighton Albion was asking for White, although Tapsoba is not as highly-regarded as the Englishman.

Signing a new centre-back is a priority for Arsenal and they are keen to complete the signing of one before they head off to pre-season in a fortnight.

Other than White and Tapsoba, the Gunners are also hunting for a midfielder to replace Grant Xhaka, who is reported to be heading out soon. Already Matteo Elias Kenzo Guendouzi has left on permanent deal to Ligue One side Marseille and it is expected that that Lucas Torreira will soon follow – possibly on loan to a club yet to be known.

At the start of June Arsenal were confident of wrapping up a deal for Anderlecht midfielder Albert Sambi Lokonga, with the Gunners said to be finalising a $23.5 million move. Lokonga has reportedly completed a medical and agreed personal terms.

The midfielder became a target to bolster the Gunners’ depleted options in the middle of the park following the departures of Real Madrid’s duo Dani Ceballos and Martin Odegaard, while Swiss Granit Xhaka is set to follow them through the exit door.

While Lokonga, 21, has already agreed personal terms with the Gunners over a move to London, Arsenal have had two bids rejected by the Belgian club for the coveted midfielder, who is also attracting interest from Spain. However, Sky Sports News claims a deal is now close to being finalised for a final fee of around $23.5 million.

Arsenal legend Thierry Henry is said to have recommended the midfielder to the club’s hierarchy and he is set to be left out of Anderlecht’s pre-season squad in anticipation of his move to the Emirates.

Arsenal manager Mikel Arteta is also keen on signing Wolves ace Ruben Neves, with the Portugal international valued at around $48.5 million by the Midlands club.

Finances are tight at the Gunners this summer and Arteta may have to cash in on the likes of Lucas Torreira, Eddie Nketiah, Ainsley Maitland-Niles and Hector Bellerin to bolster his budget.