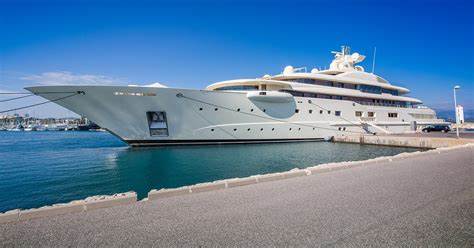 Events in Ukraine are moving faster and faster. Dangers of economic paralysis in Ukraine and of wider war with Russia are very real. This essay will argue that we all need to notice our historical biases in perceiving and misperceiving events.

My own bias is anti-war. Now is not the time in human history for geopolitical power-plays and military alliances. Now is the time for coordinated international actions on climate and economy.

I am a Professor of Social and Community Psychology at the University of Tromsø in Arctic Norway, near the Russian border. I have no special knowledge of Russia other than conventional sources – Google Scholar, Wikipedia, JSTOR. My surname is Lithuanian – from my grandfather’s emigration in 1897 when Lithuania was controlled by Russia.

James Joyce’s famous statement that “history is a nightmare” from which we should try to awake, aptly describes current events in the Ukraine. All nations involved in these events are biased by the remembered, misremembered, forgotten and mythologised history they carry in their heads.

Chaos in Maidan Square, neo-fascists in positions of power in Kiev, Russia annexing Crimea, these are inkblots that everyone sees differently depending on the historical visions that dominate their minds.

Our national memories have the passion and power to drive us blindly to hatred and to war. The histories we believe set us up for easy manipulations and disastrous actions.

Hillary Clinton, on March 5, said that Putin’s concern for Russians in Ukraine is like Hitler’s concern for Germans in Poland and Czechoslovakia. It is also like Ronald Reagan’s concern for US medical students in Grenada by which he justified his 1983 invasion of that small island nation. Clinton said, “We can learn from this tactic that has been used before.”

That is good advice if we consider this tactic of: a) personifying a nation by its leader’s personal name, and; b) then labelling that leader “Hitler.”

This is a sure way to activate a demon in the American national memory and to mobilise the United States to again fight evil personified by the new Hitler. John Kerry said Assad is Hitler. John McCain said Castro is Hitler. George Bush said Saddam was Hitler. Donald Rumsfeld said Chavez was Hitler. The list of leaders the US has targeted as Hitler includes Allende (Chile), Noriega (Panama), Ortega (Nicaragua), Milosevic (Serbia), Arafat (Palestine), Gaddafi (Libya), Ahmadinejad (Iran) and Kim (North Korea).

Hitler, in fact, was defeated by the USSR more than by the USA. After the Battle of Stalingrad in February 1943 and the Battle of Kursk in August 1943, Germany had effectively lost WWII. D-Day was a year later, in June 1944. Soviet armies caused more than 90 per cent of total German casualties. Nevertheless, Americans remember that it was they who defeated Hitler.

Americans also “Remember the Alamo”. In 1835, American settlers in the Mexican territory of Texas felt threatened by the government of Santa Anna in Mexico City, which had come to power by coup. In 1836, the American settlers in Texas declared independence and later negotiated annexation by the United States.

Thus, Americans can, if they wish, appreciate that Crimeans felt threatened by the government in Kiev, which came to power by a coup d’état, and that Crimeans also declared independence, and also then negotiated annexation by the nation of their origin. However, unlike Texas, Crimea had previously been part of Russia for 170 years.

Americans should remember that they own Alaska only because Russia sold it, in large part, to pay debts incurred defending Crimea from the attacking European alliance. The second Siege of Sevastopol in 1941 lasted one year, with more than 200,000 German, Romanian, Italian and Bulgarian forces overwhelming 106,000 Soviet soldiers heroically defending Russian Crimea.

When, and if, Americans feel emotional remembering the Alamo, they can then begin to imagine the depth of emotion Russians must feel remembering Sevastopol.

America experienced invading foreign forces during its War of Independence in the 1770s, and again on a small scale during the War of 1812. But only two foreign attacks are seared into the American psyche with historic force. One is the December 7, 1941 attack on Pearl Harbour, which lasted less than 2 hours and killed 2,400 Americans. The other is the September 11, 2001 attack on NY City and Washington, DC which lasted less than 3 hours and killed 3,000 victims.

The USA has not suffered invasions because it is bounded by large oceans east and west, and by powerless, peaceful nations north and south. Russia has no protective natural barriers, and has had aggressive neighbours on three sides.

Although they may forget or deny this history, Turks, Poles, Swedes, French, Germans, British, Italians, Romanians and Japanese have each invaded Russia more than once. For example, in the early 1600s, Poland twice invaded Russia when its government was in disarray. Russians of all social classes united in popular uprising and saved the nation.

In 1613, the Romanov Tsar instituted a holiday called “Day of Moscow’s Liberation from Polish Invaders” which is now celebrated every November 4 as “Unity Day”. In the early 1700s, Sweden invaded Russia with 40,000 troops but was defeated by Peter The Great’s use of scorched-earth retreat across vast distances.